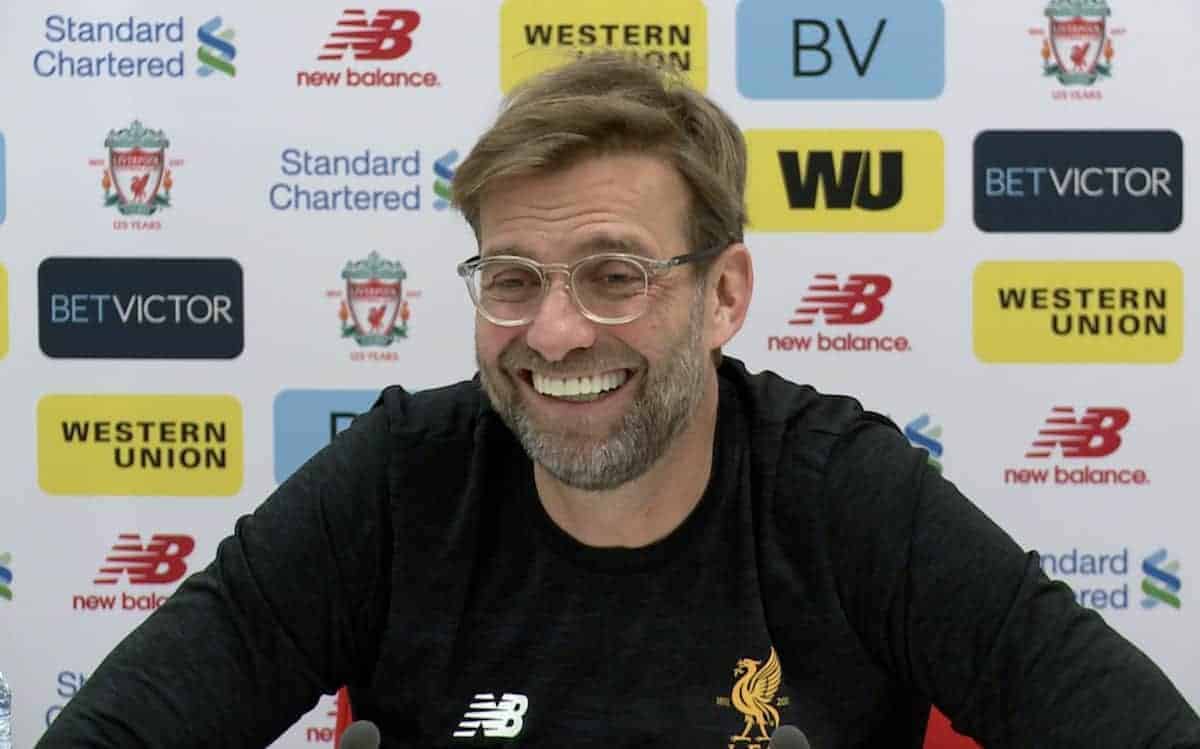 The Reds make the trip to the south coast looking to take the positives from last weekend’s 2-2 draw with Tottenham and return to winning ways.

Their visit to Southampton provides a likely reunion for January signing Van Dijk following his £75 million move to Merseyside, while giving Liverpool another challenge in their top-four push.

Speaking at Melwood on Friday, Klopp acknowledged the difficulty his side could face in taking on a Saints side fighting for survival.

“They will 100 percent go for it not only because of the ‘special’ relationship between Liverpool and Southampton,” he said.

“The quality in their squad is really good [and] they’ll want to show it, but we have our own targets.”

Van Dijk’s presence will likely prompt jeers from the home supporters, and while Klopp said he would “talk to Virgil about it,” he is confident the No. 4 can perform.

Elsewhere, Klopp provided an update on the fitness of his squad, with Joe Gomez ruled out but Ragnar Klavan and Alberto Moreno available again.

He also discussed Adam Lallana‘s red card for the Liverpool U23s on Monday night, the role of goalkeeping consultant Hans Leitert and the possibility of rotation ahead of the midweek Champions League clash with Porto.