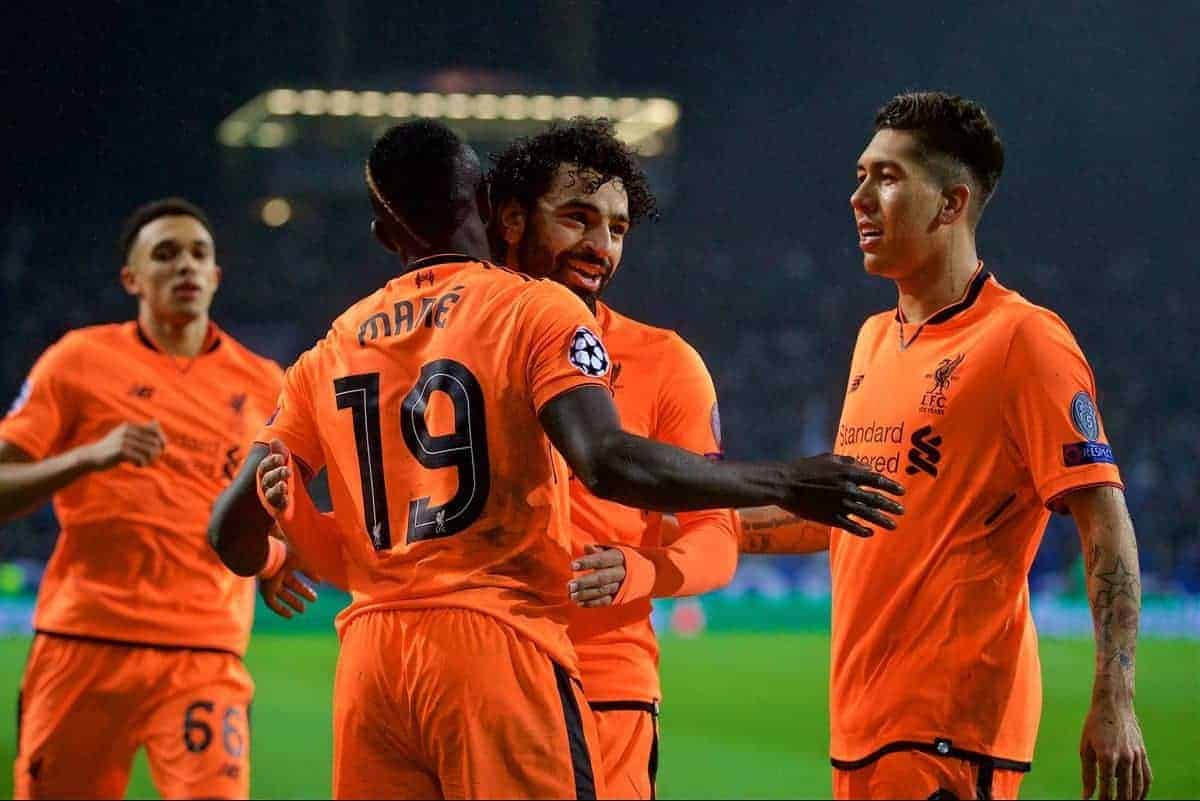 Though Jurgen Klopp is set to stick with his current alternatives to Roberto Firmino, he would still be wise to add depth to Liverpool’s attack.

Firmino has reached a new plateau this season, with 23 goals and 13 assists in 42 games in all competitions ensuring his most productive campaign since joining the Reds.

The Brazilian is invaluable to Klopp’s side, with his new-found cutting edge in the final third complementing an unparalleled work ethic for a centre-forward.

This makes it near-impossible to replace Firmino, and it seems that Klopp is instead intent on nurturing Dominic Solanke and Rhian Brewster as the Reds’ backups, along with Danny Ings.

His faith in youth is admirable, but with Liverpool primed for another campaign fighting for honours in both England and in Europe in 2018/19, further options across the forward line would be useful.

Arguably, what Klopp needs most is a player like Mo Salah – who can play wide but also through the middle. Son Heung-Min at Spurs plays this role well also, playing wide when Harry Kane is available but able to cover when the centre-forward is sidelined.

So while Klopp isn’t necessarily looking for a ‘forward’ he will perhaps be wise to add somebody who can play as a forward and thus strengthen the attacking depth he has available.

Here are four players who could strengthen Klopp’s attack next season. After Watford hijacked Ajax’s move for Richarlison, the young Brazilian repaid the Hornets as he hit the ground running in the first months of the season.

He scored five goals and assisted a further four in his first 13 games in the Premier League, and though he is yet to find the scoresheet again since November he remains a fine talent.

Richarlison is a skilful, versatile forward who has largely occupied the left wing for Watford this season, but is similarly comfortable up front or on the opposite flank.

Crucially, his work rate is comparable to Firmino’s: of forwards to play regularly (15+ games) in the Premier League this season, only him (2.1) and Swansea’s Jordan Ayew (2.5) have averaged more successful tackles per 90 than Richarlison (two).

Speaking to FourFourTwo as part of April’s edition, Richarlison outlined his ambition as “playing in the Champions League and being the top scorer in the Premier League.”

These are lofty aims, but he would certainly be better placed to do so at Liverpool.

And while a significant bid would be required given Watford paid £11.5 million for his services last summer, Klopp being able to call upon Richarlison as an alternative to both Firmino and Sadio Mane would be a very healthy situation. When Firmino and Volland played together at Hoffenheim, one was the hardworking, supporting No. 10 and the other the goalscoring right winger.

Now both have established themselves as strikers with their new clubs, and Volland’s performances for Bayer Leverkusen this season highlight him as a prime candidate for the Reds.

Volland has the speed and strength to make the grade as a Premier League striker, and while his output is considerably less than Richarlison (0.7 tackles per 90) he still works hard in off-ball situations, which would endear him to Klopp.

His experience as a wide forward allows him to drift into other areas as well as into a deeper position, while his linkup play with the likes of Julian Brandt and Lucas Alario this season highlights his creative prowess.

Like Richarlison, that Volland is able to operate in a number of roles across the forward line ensures he would not be pigeonholed as Firmino’s backup, but he could certainly excel up front.

Furthermore, Firmino already has proven chemistry with Volland on the pitch, and reuniting the duo could be hugely profitable, though it remains to be seen whether he would be open to a move. If Klopp is content with his options up front, identifying a genuine alternative out wide or even deeper in an attacking midfield role could be more beneficial.

Valentino Lazaro and Bertrand Traore would be excellent additions, though the former only joined Hertha Berlin permanently in November and Chelsea have first refusal if Lyon part ways with the latter.

Instead, returning to a former target in Volland’s Leverkusen team-mate Brandt would increase the Reds’ depth significantly.

Klopp is believed to have favoured a move for the young Germany international over Mohamed Salah last summer, but his preference to remain at Leverkusen prompted a fortunate change of plan.

A release clause in Brandt’s contract reportedly worth as little as €12.5 million can be activated this summer, though, presenting a bargain deal.

He has largely operated off the left wing for Leverkusen, but is also comfortable on the right flank, as a No. 10 or as second striker, while his qualities could even be utilised in the No. 8 role.

A graceful dribbler, Brandt thrives in tight spaces, dovetailing with his fellow forwards and driving at defences at pace, and at 6’1″ would provide added physicality in the final third.

If Liverpool can convince Brandt his future lies at Anfield, Klopp could have found his Adam Lallana upgrade.

Lastly, and arguably the best option of the lot, is a player we highlighted again in an article recently, Fulham‘s prodigious teenager Ryan Sessegnon.

Having entered into Fulham‘s first-team as a 16-year-old playing left-back last season, Liverpool were strongly linked with Sessegnon, as were Tottenham.

A deal never happened and this season he’s been making waves in a more attacking role down the Cottagers’ left side; with 14 goals and five assists so far this campaign.

Sessegnon would therefore arrive as the ideal player to add depth to the Reds’ attack and also cover at left-back, meaning he’d get plenty of playing time across the two positions.