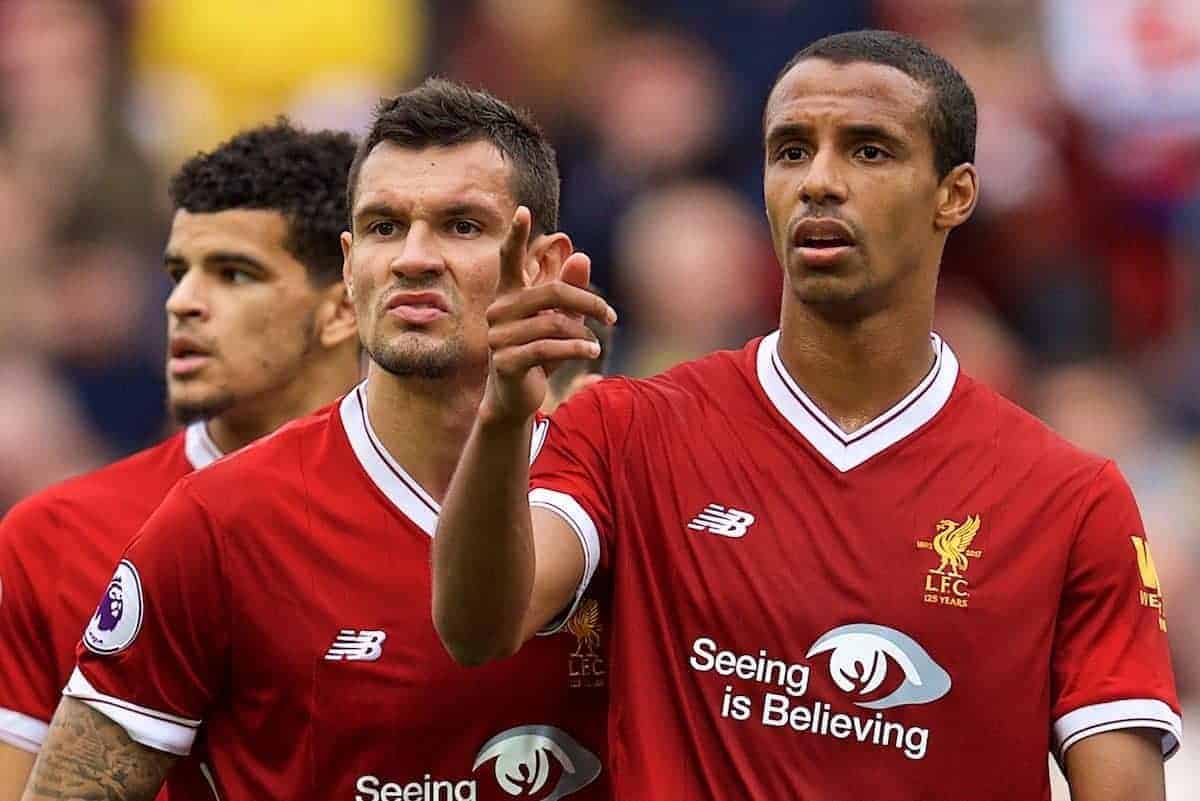 There are no injury problems for Jurgen Klopp as Watford visit Anfield, but will he consider changes to his defence and midfield?

Liverpool welcome the Hornets to Merseyside on Saturday evening, with a return to winning ways crucial after last weekend’s 2-1 defeat at Man United.

The loss, coupled with Tottenham‘s win away to Bournemouth, saw Klopp’s men drop to fourth in the Premier League table, making victory over Watford imperative.

The Reds have been strong at home all season, remaining unbeaten in the league, although six draws from 15 matches have shown that lesser teams can get a result there.

Not many will be backing Watford to provide a shock, though, and you would expect Liverpool’s class to shine through over the 90 minutes.

With no match since the United defeat, and an international break to come, there is absolutely no reason for Klopp to consider resting anyone.

That may mean he goes with an unchanged lineup this weekend, with his players looking to make amends after their efforts last time out.

The 50-year-old will be mulling over certain decisions, however, as he looks to find a middle ground between being too knee-jerk and not being reactive enough.

Loris Karius is now the undisputed first-choice goalkeeper, and Virgil van Dijk and Andrew Robertson also look like nailed-on starters for the visit of Javi Gracia’s side.

Trent Alexander-Arnold‘s below-par showing at Old Trafford may see him make way for Joe Gomez in order to take the teenager out of the firing line.

Dejan Lovren was another who failed to cover himself in glory, meaning Joel Matip is back in contention to partner Van Dijk at centre-back.

The Cameroonian’s own disappointing form is the main factor counting against him, as he searches for the performances that stood out at the start of last season.

Jordan Henderson was left out against United, but he is an option to come back into midfield, with James Milner perhaps the most likely man to lose this place.

Emre Can and Alex Oxlade-Chamberlain would, therefore, be retained, with the attacking triumvirate of Mohamed Salah, Sadio Mane and Roberto Firmino all fit and ready to fire.

That would mean just three changes in total, with Gomez, Matip and Henderson the trio handed an opportunity to shine.

Aside from these alterations, it is hard to see where Klopp may feel the need to switch things up.

Alberto Moreno is in need of playing time, but Robertson’s form is making it difficult, and Van Dijk’s influence means giving him a rest would be a needless risk.

In midfield, both Gini Wijnaldum and Adam Lallana are back fit again, so there is a small chance one could get the nod in an attacking midfield role.

A return for Henderson could see Can pushed further up, with Milner, the second-oldest player in the squad, given the evening off.

You can never completely guess what Klopp is going to go with, but if there are any more than three changes it would be a surprise.

An unchanged side is certainly plausible, but an adjustment or two in defence and midfield make sense.