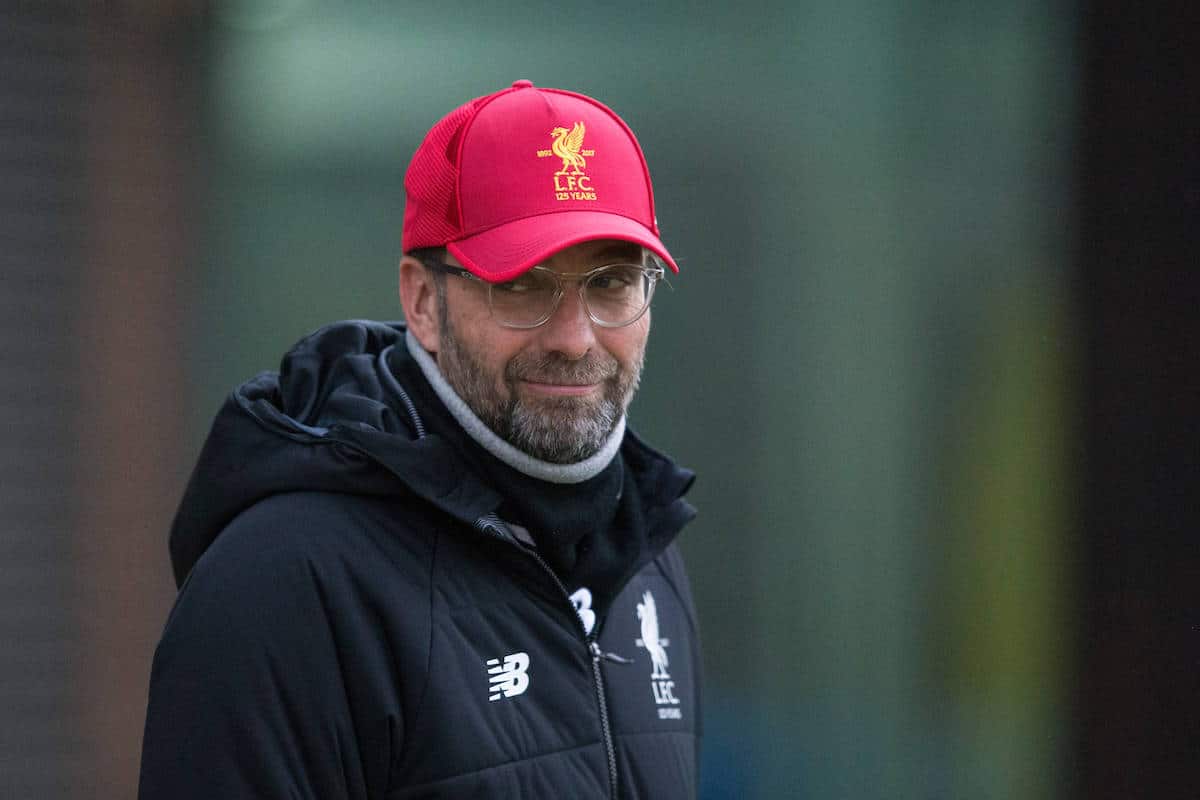 Jurgen Klopp has provided a positive injury update ahead of Liverpool’s vital trip to Man United this weekend.

The Reds head to Old Trafford on Saturday lunchtime, with just two points separating the rivals in the Premier League.

Victory would take Liverpool ahead of United, as well as further enhancing their chances of a top-four finish, which remains their primary objective this season.

Klopp has been fortunate in the injury department of late, with plenty of rest between games ensuring he has virtually a fully fit squad to choose from.

Speaking in his pre-United press conference on Friday, the manager gave the rundown on those who have been struggling – Andrew Robertson, Nathaniel Clyne, Jordan Henderson and Gini Wijnaldum.

“Robertson is clear (to play), Clyne is in a good way, with no setbacks,” Klopp told reporters, with the right-back still not featuring for the Reds this season.

“Hendo looked okay yesterday after having a dead leg. Gini is on his way back and looks good, but him and Ben [Woodburn] lost one or two kilos (following illness).

“Training has been normal.”

It is a big bonus for Klopp to have such a wealth of options going into arguably their most important match of the season, and selecting the correct starting lineup will be the manager’s greatest task.

Henderson is a shoo-in to start if he is fit, along with Emre Can, while James Milner and Alex Oxlade-Chamblerain are expected to tussle for the remaining midfield berth.

The sublime front-three of Mohamed Salah, Sadio Mane and Roberto Firmino will again be Liverpool’s most potent weapon, against a United defence that can be got at.

The Reds have only won twice at Old Trafford since 2004, which highlights how tough this fixture is, but Klopp’s men have it in them to improve that record in style this weekend.