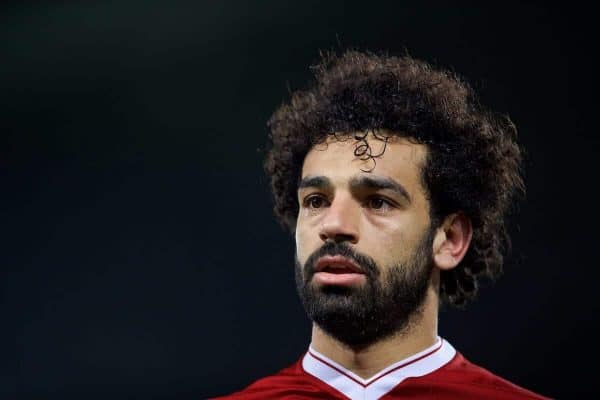 Former Liverpool striker Ian Rush believes Mohamed Salah is more than capable of breaking his club-record 47 goals in a season but hopes he will back it up with silverware.

The Egypt international has scored 36 in 41 matches so far and with a minimum of nine games remaining he stands a good chance of surpassing Rush’s mark from 1983/84.

“The 47 goals is difficult and I thought that might stay but the way Salah is playing now anything can happen. I think it is realistic,” Rush told Press Association Sport ahead of Saturday’s Liverpool Legends game against Bayern Munich at Anfield, which is raising money for the LFC Foundation.

“It is fantastic and he couldn’t have done any more.

“I watched him against Watford [when Salah scored four] and it is the best I’ve seen him play.

“For someone to score 47 goals would be an amazing feat and he is capable of doing it if we can get a good run in the Champions League – when I scored 47 goals we won the European Cup so it does need that little bit longer.

“We won three trophies that season and that’s what we’ve got to start doing now.”

Salah’s chances of surpassing Rush’s record will be enhanced should they manage to progress past Manchester City in the quarter-finals of the Champions League next month.

And while City are the favourites the Reds’ all-time leading scorer thinks the power of Anfield, and the club’s European heritage, will play into the hands of Jurgen Klopp’s side.

“Manchester City is going to be one hell of a game in the Champions League but on the day, 11 versus 11, Liverpool are capable of beating anyone,” he added.

“Manchester City will be favourites to win and maybe have a stronger squad but at the end of the day on these European nights Liverpool are capable of doing everything as history has shown in the past.”

Rush believes the signing of Virgil van Dijk for a club-record £75 million in January has helped address some defensive weaknesses.

“We are keeping clean sheets and with Van Dijk coming in that has helped a great deal, he is getting them more organised,” he said.

“We had a bad month and that is what cost us the league but now I can see we are scoring goals but we are starting to keep clean sheets.

“We have to be more consistent and if we can do that we are looking at winning more trophies.”