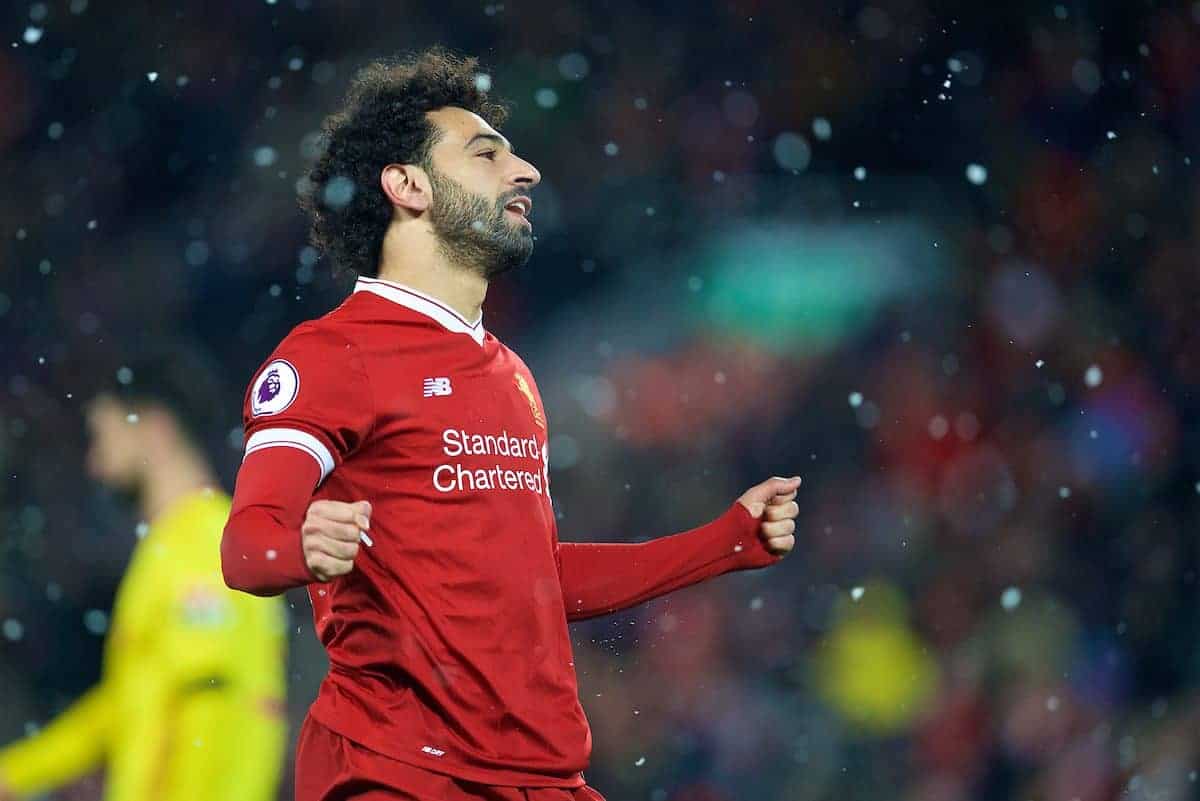 Even in the super-ego environment of a Premier League dressing room there comes a point when you just have to acknowledge a special talent and Salah’s four goals in the 5-0 win over Watford was that moment.

In some ways it was reminiscent of Luis Suarez, a former Anfield favourite, who achieved the feat against Norwich in 2013; in others—specifically his first and third goals—it was Lionel Messi-like.

Salah left the pitch clutching the match ball after his first hat-trick in a red shirt and by the time he left the ground it had been covered in messages from his team-mates.

Salah now has 36 goals this season and 28 in the Premier League, four better than Tottenham’s Harry Kane and the best return in Europe’s big five leagues.

After his four-goal salvo against Watford comparisons were inevitably made with Suarez but Henderson was reluctant to contribute.

“They are both fantastic players in their own right and you can’t compare them,” he added.

“They are different players. I know they score a lot of goals and both work hard off the ball but it is very difficult to make that comparison.

“Luis moved on to Barcelona and is doing fantastically well. He is a fantastic player who I was privileged to play with.

The effect Salah has on the team is, however, similar to the one Suarez had when he almost dragged Liverpool over the line in their failed title challenge in 2013/14.

“You have someone like Mo who does the hardest part of the game, which is putting the ball in the back of the net.

“Then, as a team, if we work as hard as we possibly can, Mo—or even Sadio and Bobby are going to finish it in the final third.

“We had that with Luis. You know when you are walking out there are so many goals out there for you.

“It’s just about defending well as a team because you know you will create chances.”