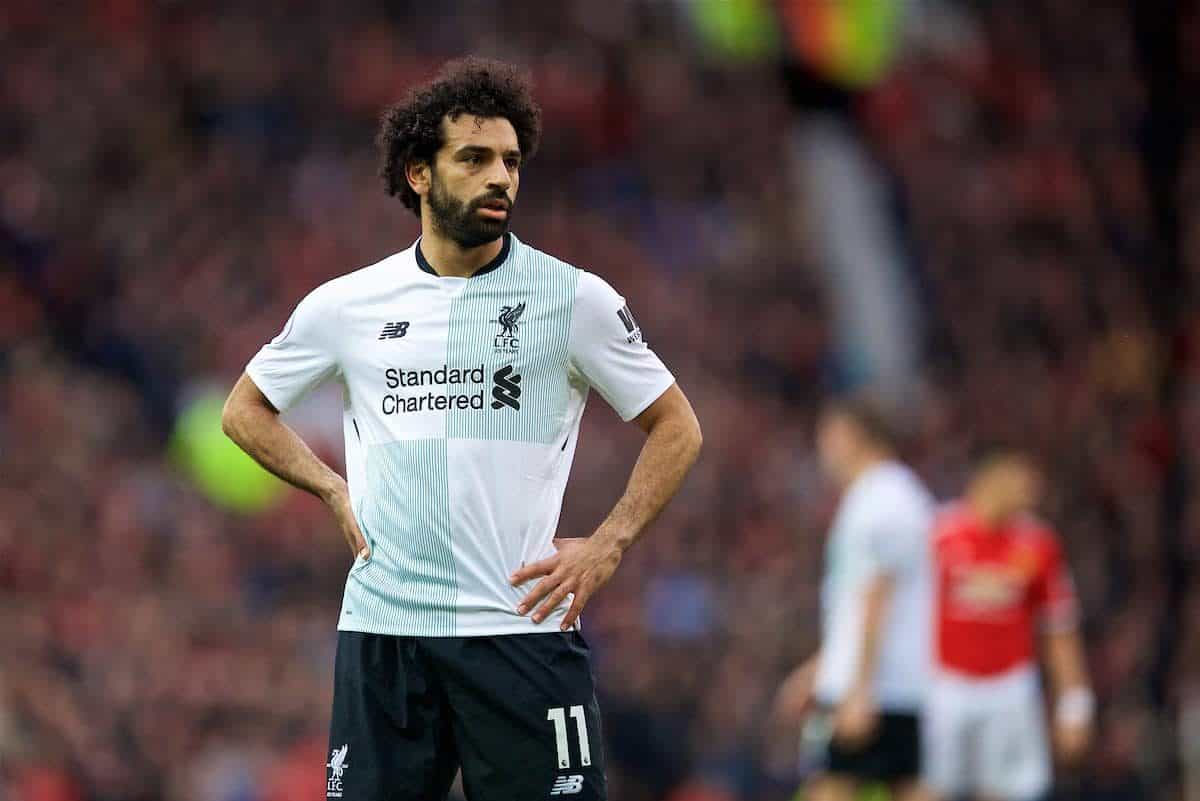 Liverpool’s chances of finishing second in the Premier League took a major blow as they fell to a 2-1 defeat at Old Trafford.

After their quiet night in Europe in midweek, the spotlight turned back towards the Reds for one of their biggest games of the season on Saturday.

Heading into the weekend two points and one place below United in the Premier League table, Jurgen Klopp‘s side needed to secure victory to move back up to second, behind Man City.

With fourth-placed Tottenham bearing down on them with Bournemouth to play on Sunday, the importance of a Liverpool win was hammered home, and as such Jurgen Klopp returned to his strongest available side.

Virgil van Dijk and Mohamed Salah were among those restored to the starting lineup after a rest on Tuesday night, but they were ultimately frustrated at Old Trafford.

It paid off for the home side after soaking up pressure from the Reds, with Lukaku heading on David de Gea’s long kick to allow Rashford through to turn Trent Alexander-Arnold and fire home.

This shifted the onus onto Liverpool to create from different situations, and Van Dijk had a great opportunity to equalise from James Milner‘s corner, but the Dutchman frustratingly headed wide.

Then United benefited from another long ball, with a mixup at the back allowing Rashford to curl in his second of the afternoon and extend United’s lead.

Liverpool continued to probe with Salah, Sadio Mane and Roberto Firmino looking likely, but United held on to head into the break 2-0 up.

The Reds opened the second half in more positive fashion, with Salah finding pockets of space behind a crowded United defence and Alexander-Arnold providing more valuable width down the right.

But as the low block gained control again, Klopp opted to send on Adam Lallana for the ineffectual Alex Oxlade-Chamberlain in a bid to change the game.

It was Mane, having previously toiled to no avail, who clawed one back however, with the winger surging down the left flank and drilling in a cross which Eric Bailly turned into his own net.

Jose Mourinho responded by sending on Marouane Fellaini, with United’s brief clear: aiming to stifle any hope of Liverpool clawing back for a result.

That certainly paid off, with cynical tactics and bullish defensive play depriving the Reds of any further opportunity to get back into the game and the race for second.

There was plenty of fight from Klopp’s side, but they were eventually made to pay for two very similar goals conceded off long balls.