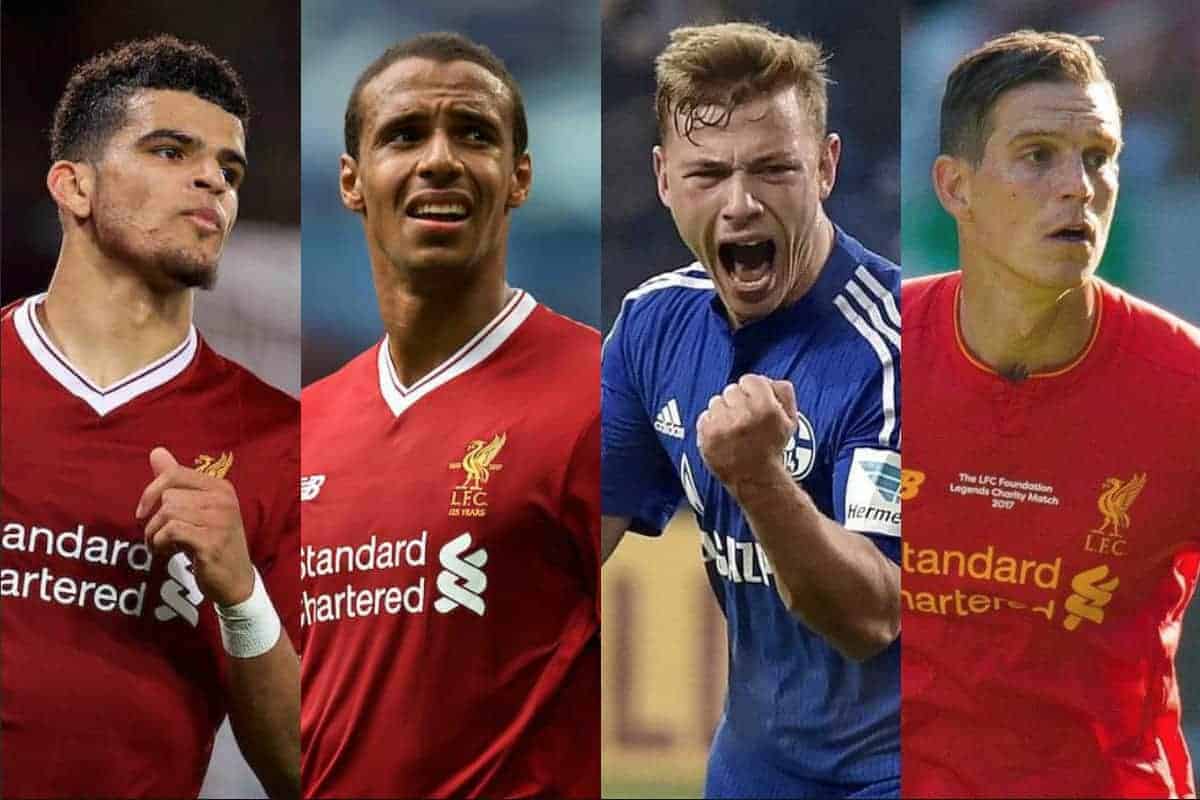 We round up the latest Liverpool FC news and rumours, with a breakdown in contract talks of a potential target prompting speculation over a move.

Schalke midfielder Max Meyer is set to be one of the most in-demand free agents on the market this summer, with the 22-year-old poised to leave the Bundesliga side in July.

Meyer’s club were hopeful he would sign a new deal before the end of the season, but according to Schalke president Clemens Tonnies his agent cancelled planned talks.

“I had an appointment with Max and his advisor, which was canceled by the consultant at short notice,” Tonnies told Bild.

That development has prompted the Mirror to revive links between Meyer and Liverpool, claiming the Reds have been “buoyed in their pursuit” of the youngster.

While there is nothing concrete at this stage, signing Meyer on a free transfer could provide Jurgen Klopp with an ideal replacement for Emre Can if he departs.

But the 20-year-old is set to play a focal role for the England U21s in this month’s clashes with Romania and Ukraine, with Aidy Boothroyd handing him the captain’s armband.

This will see him take over from Joe Gomez on a temporary basis, with the defender currently with the senior squad in Amsterdam.

“Joe remains our captain but I am being fluid and Dominic has that respect of the group. He has maturity and calmness,” Boothroyd told the Mail‘s Dominic King.

The U21s play Romania at Molineux in the Cyrille Regis International on Saturday, before taking on Ukraine in a Euro U21 Qualifier at Bramall Lane on Tuesday. Klopp is yet to settle on a long-term centre-back partner for Virgil van Dijk, and it could be that Liverpool sign a new option in the summer transfer window.

But for now, the German is alternating between Joel Matip and Dejan Lovren as his right-sided option, while he has shifted to a back three on occasion late on too.

Matip believes that tactical switch can be useful, as he told LiverpoolFC.com.

“Normally I would say it always helps to have another centre-back on who helps with the defence—who has defending in his mind, in his head—to give more solidity in the last few minutes, but of course you also have to adapt to the new situation,” he explained.

“We have done this a few times now though so it is no longer a new situation for the players on the pitch to deal with.

“Maybe the manager will start with three at the back if a certain situation requires it, or it fits well for a game. I don’t know, but it’s an opportunity that maybe we will use.”

Curtis Jones and Elijah Dixon-Bonner are two of the most talented youngsters in Liverpool’s academy ranks, and were rewarded for their progress with call-ups to the England U17s squad this month.

The Young Lions lined up back-to-back friendlies against Brazil in San Pedro del Pinatar, with Jones and Dixon-Bonner both starting in the first clash on Friday.

The 17-year-olds were unable to spur a positive result, however, as Brazil secured a 1-0 victory despite goalkeeper Luca Ashby-Hammond’s best efforts with a second-half penalty save.

It is likely Jones and Dixon-Bonner will feature again next week, providing another chance to impress on the international stage.

Liverpool tied the duo down to their first professional contracts in February, and both have stepped up to the U23s squad this year too. The Liverpool Legends take on Bayern Munich at Anfield on Saturday afternoon, with the likes of Steven Gerrard, Xabi Alonso, Jamie Carragher, Daniel Agger and Dirk Kuyt all set to feature.

With just a day to go before the clash tickets have now sold out, with the club announcing that “supporters not in possession of a ticket are urged not to travel to the stadium.”

“However, you can still watch the game live and for free on the official LFC Facebook page, LFCTV GO and on LFCTV (Sky channel 429 and Virgin Media channel 544) with kickoff at 3pm GMT.”

This is Anfield will have full coverage of the clash throughout the afternoon, with Henry Jackson manning the liveblog.

For a rundown of the Liverpool and Bayern Munich Legends’ squads, check here.