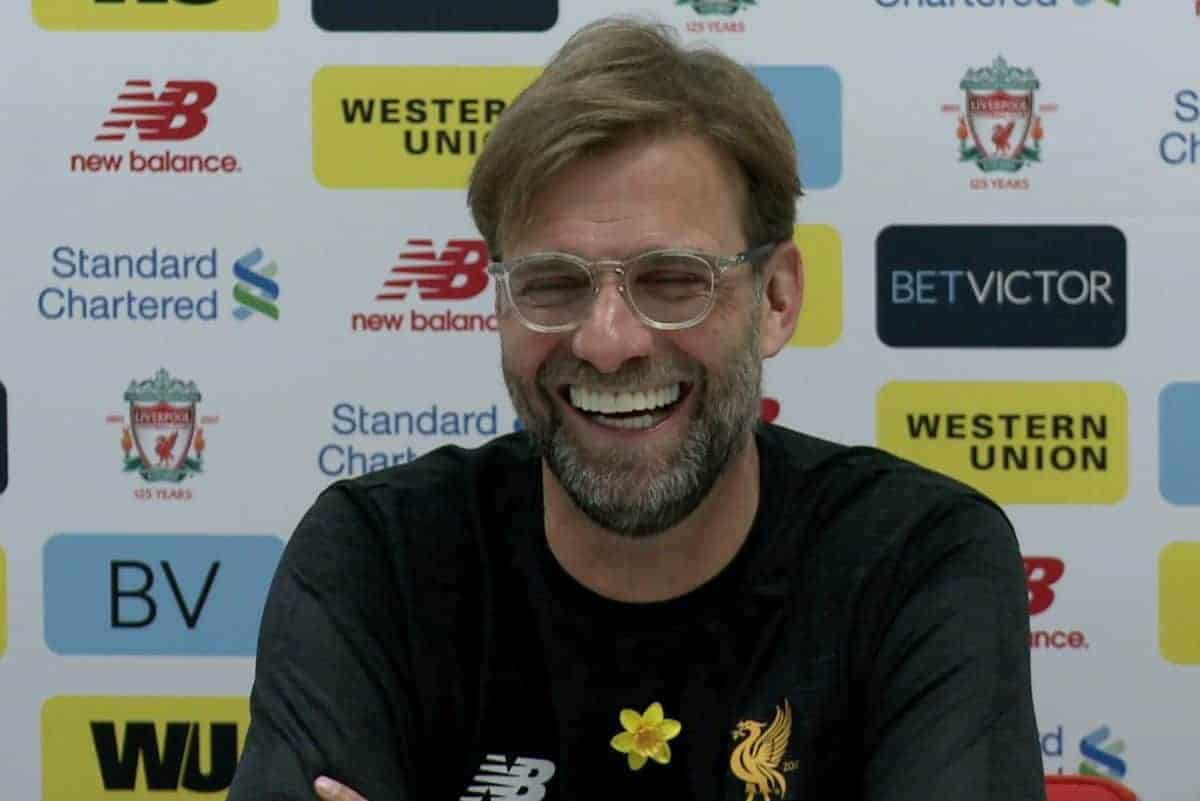 After an impressive 4-1 victory over West Ham last time out, the Reds find themselves in a strong position heading into the business end of the season.

With one foot in the quarter-finals of the Champions League and a top-four league finish growing increasingly likely, the upcoming seven days could be crucial.

Liverpool take on Porto and Man United after the visit of Newcastle, but speaking at Melwood on Friday Klopp insisted his focus was on taking three points against Rafa Benitez’s side.

“It’s a very busy, positive moment, we feel it. A lot of training, intensity, preparing the team for the next game, which is difficult.

“A Liverpool legend is coming: Rafa Benitez, one of the best managers in the world. We know how he works, how he can make our life really difficult.

“I like him as a person, [but] I think we have given enough presents to him since I’ve been in! At Newcastle [in October’s 1-1 draw] I think even Rafa knew it was a bit lucky for them.

“We need to be really focused, really concentrated. It will be interesting again.”

Klopp was, strangely, continually asked about how Liverpool have moved on since Philippe Coutinho‘s move to Barcelona over a month ago.

And with blizzard conditions setting in on Merseyside, he insisted that while training had not been ideal, “it’s good because it will be the same circumstances tomorrow.”

He also praised Andrew Robertson‘s improving form, revealed three players were doubts for Saturday and explained how the club’s “interesting project” can convince players to sign.