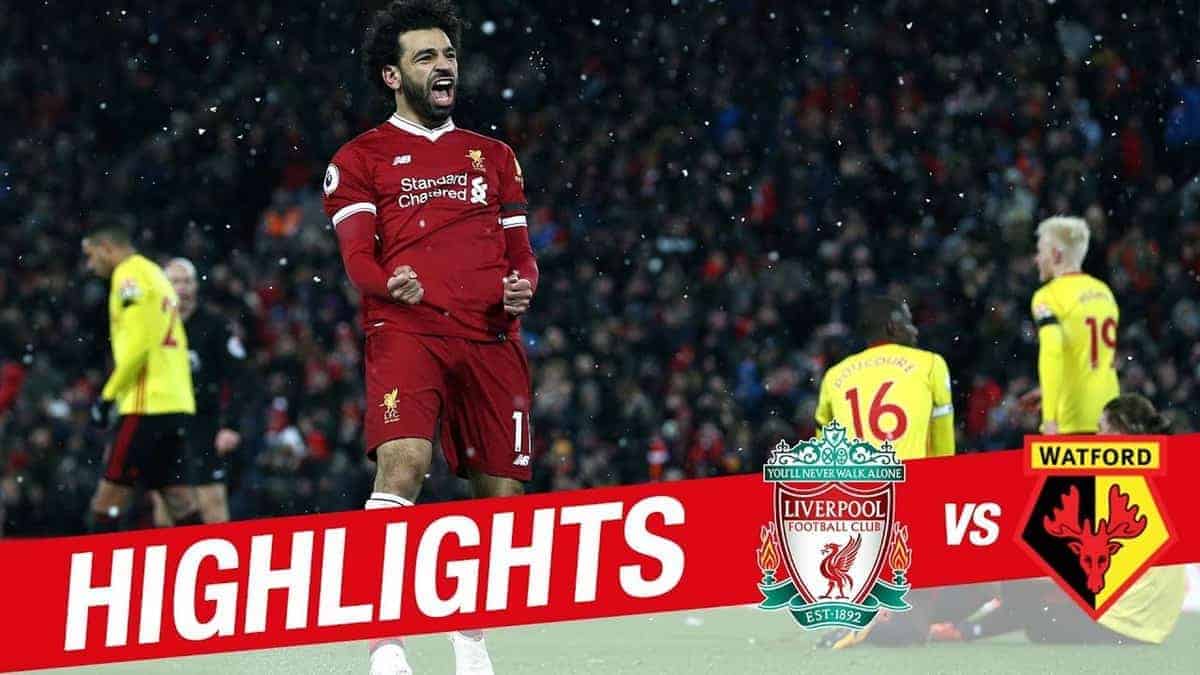 Mohamed Salah produced one of Anfield’s most impressive individual displays in many years as he scored four in Liverpool’s 5-0 win over Watford.

Salah’s season has gone from hugely impressive to truly remarkable, with the Egyptian exceeding all expectations following his move from Roma.

Going into Saturday’s thumping of the Hornets, Salah had netted 32 times in 2017/18, while his tally of 24 goals in the Premier League saw him level with Harry Kane.

What the 25-year-old achieved next was true footballing genius, though, in a performance that drew comparisons with Luis Suarez’s own four-goal showing against Norwich City in 2013/14.

The above video perfectly highlights how unplayable Salah was at the weekend, with Watford almost powerless to prevent him from running riot.

The first goal saw him completely bamboozle Miguel Britos before firing home with his weaker right foot, and he then converted Andrew Robertson‘s superb cross.

The former Chelsea man completed his hat-trick in Lionel Messi-esque fashion, torturing several Watford defenders before poking an effort into the Kop net.

There was still time for Salah to get his fourth of the evening, firing home a rebound after Danny Ings had been thwarted by Orestis Karnezis.

Anyone present at Anfield was treated to one of the truly great individual performances by a Liverpool player, and he is now four goals clear of Kane in the race of the Golden Boot, with the Tottenham man currently out injured.

On top of that, Salah’s odds for PFA Player of the Year are shortening all the time, with Man City‘s Kevin De Bruyne now only the narrow favourite for the prestigious award.

If Salah continues this current trajectory, he will be hitting legendary status in no time at all.