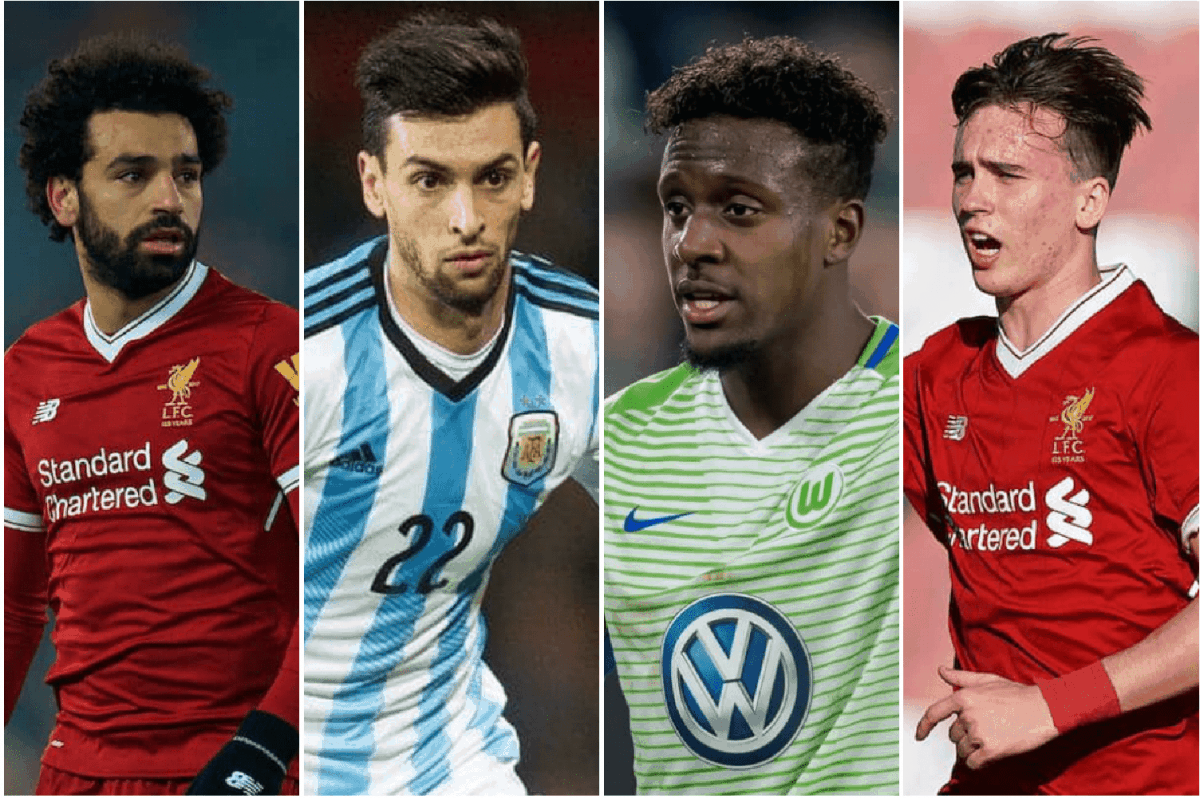 After a weekend win there’s plenty of positivity around Liverpool; here’s all the best of the news regarding the Reds from Monday.

Expect the transfer rumour mill to crank into overdraft in the coming weeks—and today is no different, with Liverpool linked to two seniors at Champions League clubs.

One is a recurring name, another a rather new possibility.

PSG’s Javier Pastore is the first, with the Argentinian playmaker once again linked with the Reds despite his side having just secured another Ligue 1 triumph.

Goal suggest he is keeping his options open for the summer, with Inter Milan and Man United also linked.

Perhaps more interestingly, Barcelona’s second-choice goalkeeper Jasper Cillessen is the other name in the frame.

The Dutch stopper is one of two or three hoping to become the new national team No. 1 under Ronald Koeman, and his chances would be boosted by becoming first choice at club level. With the Oranje, of course, he plays behind Virgil van Dijk, as well as two other centre-backs who have themselves been linked to the Reds previously, in Stefan de Vrij and Matthijs de Ligt.

Second-choice for Barca he might be, but Cillessen has shown he is an elite goalkeeper in his relatively few opportunities at the Camp Nou.

Mundo Deportivo suggest the Reds, Napoli and Atletico Madrid are all in the frame for his signature this summer.

The battle to win the Premier League player of the year is intensifying, with Mohamed Salah and Kevin de Bruyne widely seen as the two front-runners.

England Women’s national team manager Phil Neville has suggested it’s the Reds man who has the edge though, with his consistency in front of goal proving key.

“It’s phenomenal. I couldn’t see 15 goals in Salah at the start of the season, never mind 40,” Neville told the Premier League website.

“We’re in a period of time where you’re talking about the best players in the Premier League: De Bruyne or Salah.

“Salah every game he keeps scoring he’s edging closer to that title.” The success of Trent Alexander-Arnold this season in the Liverpool first team has given hope that others could soon follow—and Liam Millar would be a perfect fit.

That’s the view of U-23 boss Neil Critchley, who is better-placed than anyone to assess who could be ready to make the step up.

“Liam has matured massively,” he told the Echo.

“Every game he plays for us you can see he becomes that little bit more comfortable. He is working it out quickly. I’ve been very pleased with his progress.

“With the physical profile he has got, it suits the way the manager (Klopp) wants to play. He is an attacking player who fits into the mould of the other first-team players.”

No player wants to see a team-mate injured, but one player’s misfortune can be an opportunity for another.

That’s the scenario facing Divock Origi on the international stage, where he is hoping to go to the World Cup finals with Belgium this summer.

But after a torrid year on loan at Wolfsburg, where he’s currently out of favour and struggling for match time, Origi might still squeeze in.

Fellow Belgian Bundesliga loanee Michy Batshuayi, at Borussia Dortmund from Chelsea, suffered a broken ankle at the weekend which has ended his campaign early and may see him sidelined all summer.

There’s still stiff competition with Dries Mertens, Romelu Lukaku, Eden Hazard and Christian Benteke all central striking options, but Origi could yet end the season on a high and secure a place in the final 23.

Liverpool’s U-23s are still in the hunt for the Premier League 2 title, but need a win tonight in the mini derby against Everton.

Neil Critchley‘s players must take three points from every remaining game and hope Arsenal drop points if they are to seal the title.

Kick-off is at 7pm and we’ll have a full report on This Is Anfield after the final whistle. Brazil’s Football Federation have confirmed they will play Croatia at Anfield as part of their World Cup preparations.

Neymar, Roberto Firmino and indeed Philippe Coutinho and Co. will be in action on June 3, with the match set for a 3pm kick-off.

Croatia’s squad could of course feature Dejan Lovren, as well as the likes of Luka Modric, Mateo Kovacic and Ivan Rakitic.