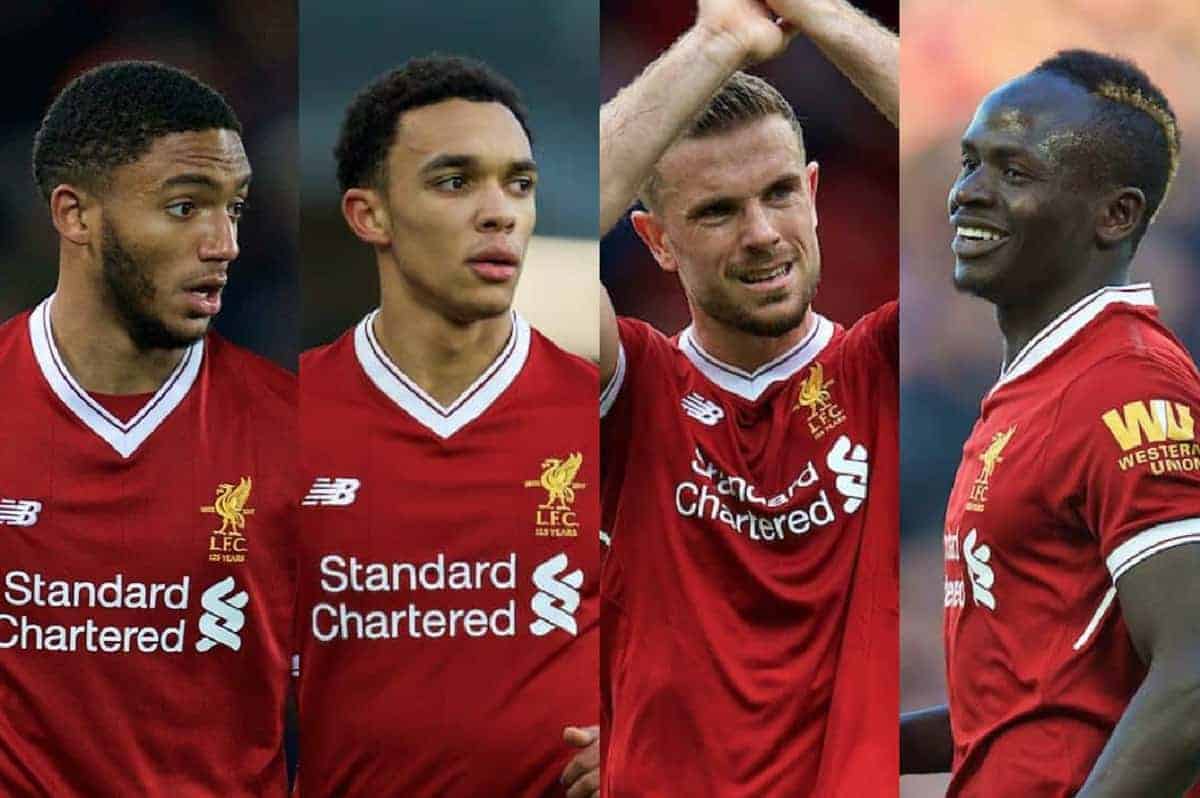 Jurgen Klopp provided an update on the fitness of four key players including Sadio Mane after Liverpool’s 0-0 draw with Stoke City.

The Reds were held to a share of the points with their relegation-bound opponents at Anfield on Saturday afternoon, with further refereeing controversy marring the clash.

Mohamed Salah came closest to scoring for a side that lined up with five changes from the 5-2 win over AS Roma in midweek, missed when sent through one-on-one with Jack Butland.

With a trip to Italy to come on Wednesday night and Joel Matip, Emre Can, Adam Lallana and Alex Oxlade-Chamberlain already ruled out, Klopp can ill afford further injuries.

Mane was left out at Anfield with a minor issue, but speaking after the stalemate Klopp confirmed the 26-year-old “will be fine” to start against Roma in the second leg.

However, further addressing the fitness of his squad he revealed Trent Alexander-Arnold, Joe Gomez and Jordan Henderson all picked up problems at Anfield.

Klopp explained how Alexander-Arnold “got a dead leg around the hip,” and on the advice of his medical staff withdrew the 19-year-old on 65 minutes. And both Gomez and Henderson suffered twisted ankles, with Klopp saying how “we will see what happens in the next two or three days,” with the Reds having “not the longest break in the world” before their trip to Stadio Olimpico.

If any of Gomez, Alexander-Arnold or Henderson are sidelined for the second leg this will compound Liverpool’s frustrations at this crucial period.

These are tactical gambles Klopp cannot afford to make in a crucial Champions League decider, and he will be hoping for better news when he returns to Melwood next week.