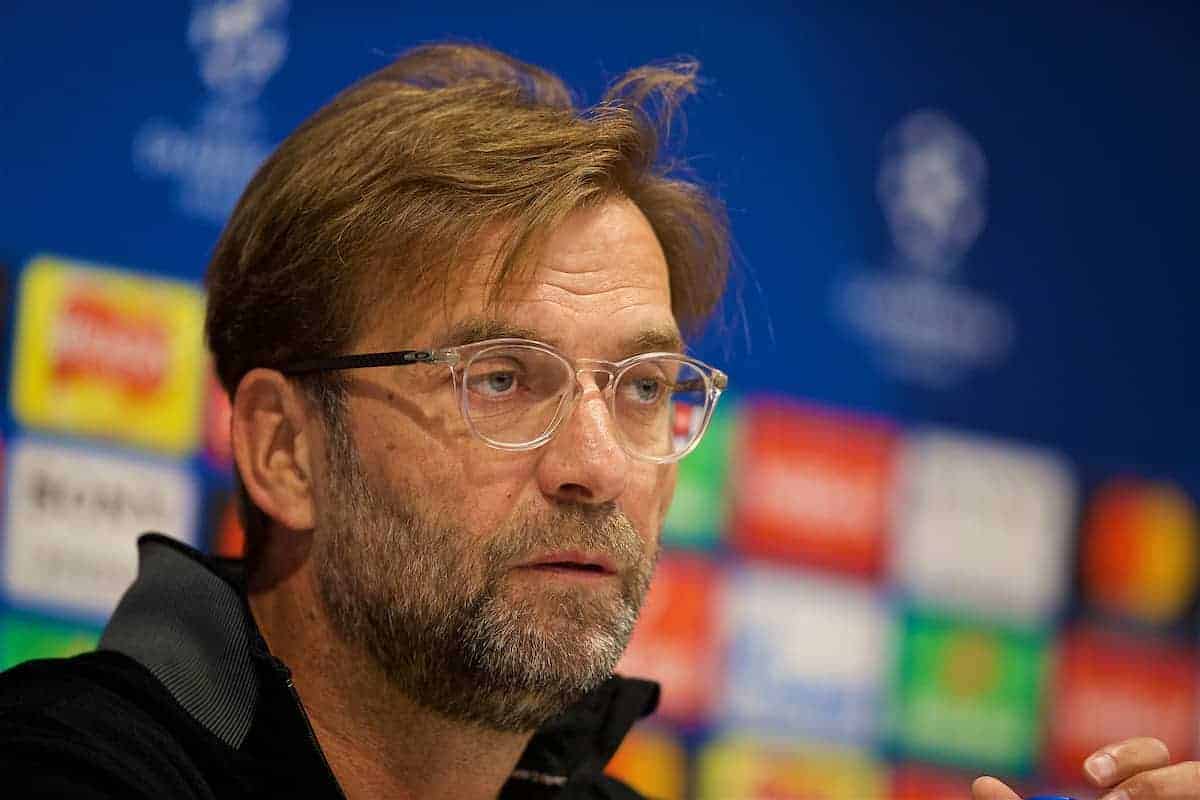 Liverpool are on the brink of the Champions League final but Jurgen Klopp’s only focus is this weekend’s “massive game” against Stoke.

The eyes of the footballing world were on Anfield on Tuesday night as Mohamed Salah inspired the Reds to a 5-2 victory in a remarkable semi-final first leg against his former club Roma.

Braces from the Egyptian and Roberto Firmino bookended a Sadio Mane goal on a memorable evening for Liverpool, even if late efforts from Edin Dzeko and Diego Perotti gave the hosts hope ahead of the return leg next Wednesday.

The Kiev finale is tantalisingly close but Klopp only cares about the threat posed this weekend by relegation-threatened Stoke as Liverpool’s Premier League continues to wind down.

“We will fight with all we have for that result again,” the German said of the second leg in Rome.

“It’s much better than I could have expected before the game, but now in the moment of course I feel the two goals we conceded still.

“I am much more interested about the Stoke game in the moment than the second leg against Rome. “The atmosphere (against Roma) was absolutely outstanding, what you can expect if you are 5-0 in the lead, the people really enjoyed it.

“So, I say to everybody who has a ticket, I expect exactly the same atmosphere on Saturday at 12:30 because we need it.

Liverpool are third in the Premier League standings, on 71 points, ahead of Stoke’s visit to Anfield.

Second-place Manchester United are three points better off and have a game in hand, as do top-four rivals Tottenham and Chelsea.

Spurs are fourth on 68 points ahead of welcoming Watford on Monday and fifth-place Chelsea head to struggling Swansea this Saturday on 63 points.