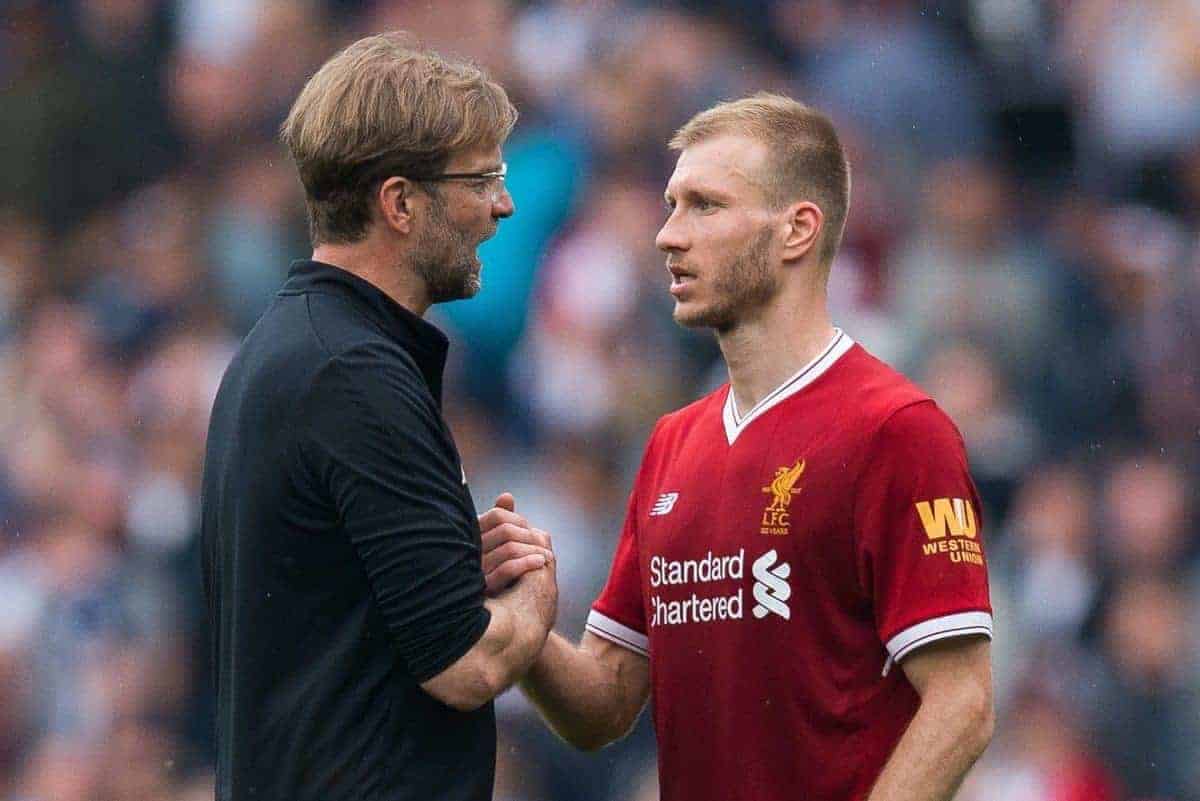 Jurgen Klopp has outlined his desire to keep Ragnar Klavan at Liverpool beyond the centre-back’s current contract, which expires in 2019.

Klavan joined the Reds from Augsburg in a £4.2 million deal in 2016, signing a three-year contract.

The Estonian has made 52 appearances for the club so far, largely operating as a backup option in defence but, when called upon, performing to a high standard.

Speaking in February he stressed that he was content with his role under Klopp, despite the arrival of Virgil van Dijk pushing him further down the pecking order.

A season-ending injury to Joel Matip has enhanced his prospects to some extent, and Klavan can hope to bring his tally of games for the season to 30 by the end of May.

With Klopp already planning for the summer, and a possible host of arrivals as he strengthens for a renewed bid in the Premier League and the Champions League, the 32-year-old continues to feature.

The manager, speaking to LiverpoolFC.com, has confirmed he is hopeful Klavan will sign a new contract with the club, but admitted it remains to be seen whether the player is interested.

“[He is a] fantastic player, really good footballer, he has all what you need,” he said.

“Of course I would [like him to stay] but there are two sides to it.” While he is not a first-choice option at Anfield, nor is a long-term solution in Klopp’s defence, Klavan still plays an important part for the Reds.

He has generally avoided injury since his arrival two years ago, and has been part of the matchday squad on 83 occasions over the past two seasons.

As a left-footed, left-sided centre-back, Klavan is a rare breed, too, and coping with the physical demands of the Premier League he has adapted well to life in England.

Back in February he showcased an exemplary attitude too, saying “for me, it’s always been what’s best for the team,” which is vital within Klopp’s squad.

Provided Liverpool secure their place in next season’s Champions League, Klavan will likely be required in the FA Cup and the League Cup, along with supplementing the side elsewhere.

He is not the only player whose deal is set to expire at the end of 2018/19, with Adam Bogdan, Alberto Moreno and James Milner all likely to be assessing their options.