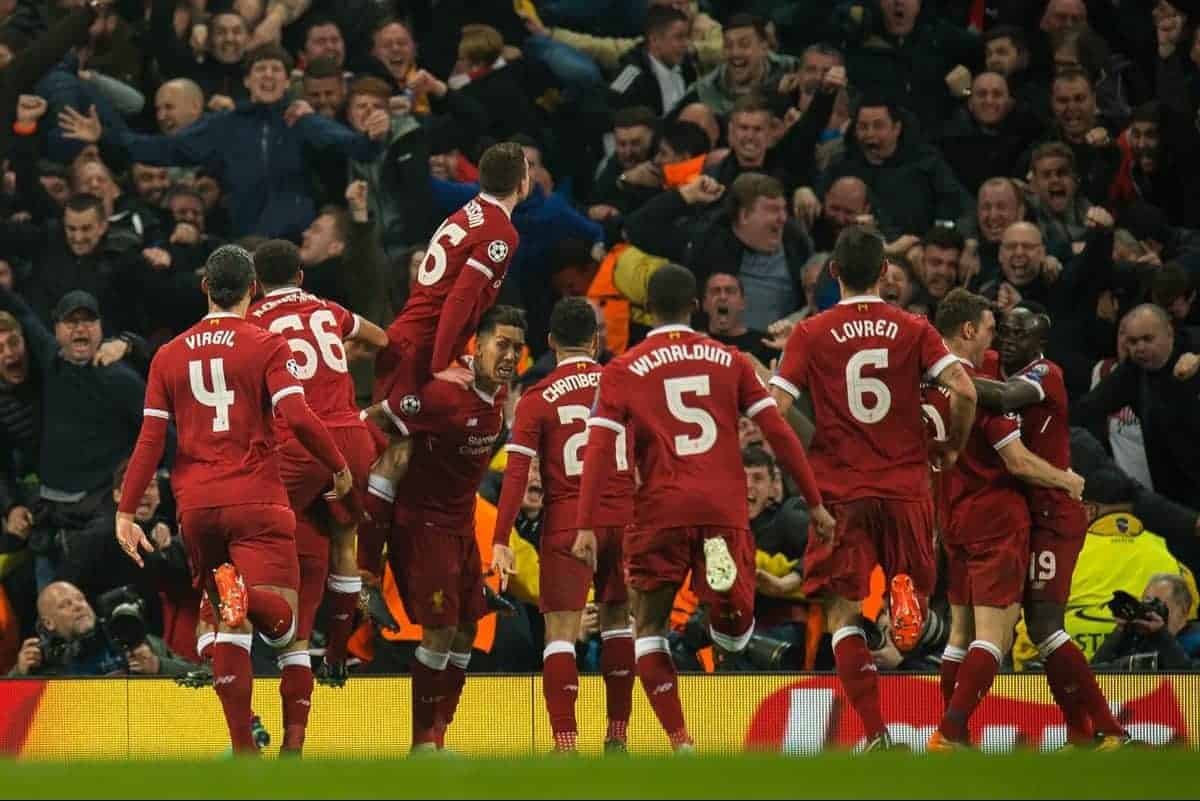 A memorable 2-1 win over Man City saw Liverpool reach the Champions League semi-finals, and it was a tale of two halves for many heroes in red.

The German has been in superb form of late, and he had a decent night at the Etihad, even though he played a part in the Reds falling behind early.

His throw-out to Virgil van Dijk was completely needless, with Gabriel opening the scoring soon after, but he recovered well.

It was an otherwise faultless display, and he looks such a confident figure these days, especially from crosses.

Restored to the side after a rest at Everton on Saturday, Alexander-Arnold was given a stern examination by Leroy Sane but passed with flying colours.

Despite a first-half yellow card, he stuck to his task admirably, and his quality on the ball was also highlighted by one fantastic cross-field pass.

At 19, this lad has an unbelievable future ahead of him.

The much-maligned centre-back produced one of his best ever performances for Liverpool, on a colossal night for him.

Aerially he was superb, his focus was absolutely spot on, and barring one reckless lunge on Raheem Sterling, all facets of his game were immaculate.

He will never be loved, but even his most ardent critics should raise a glass to him tonight. Van Dijk was bought to star on nights such as these, and like so many, he grew in stature after a shaky start.

He was at fault for Jesus’ goal, not playing to the whistle after a possible foul by Sterling, but he switched on soon after and proved to be a rock.

The 26-year-old will have better games, but given the occasion and the early setback, he shone once again for his new club.

Liverpool’s likeable Scot returned to the team, and he was actually fairly unnoticed, particularly in an attacking sense.

He dealt increasingly well with the dangerous Bernardo Silva as the minutes passed and again showed that the defensive side of his game is vastly underrated.

What a brilliant signing he has been.

This was a huge night for Wijnaldum in the absence of Jordan Henderson and Emre Can, deployed in the No.6 role.

It was a Jekyll and Hyde evening for the Dutchman, who was completely dominated by City’s midfield in the opening 45 minutes, but shone so bright after the break.

He eventually took the game by the scruff of the neck, playing a key role in Mohamed Salah‘s all-important strike, and using the ball expertly and made crucial tackles and interceptions.

After so much criticism about going missing away from home, this was a redemption story. The veteran lined-up against his former club, and he was both sensational and a strong contender for Man of the Match.

Like his fellow midfielders, he had to be criticised for being bossed in the first-half, but his immense character was forever on show.

Blocks were made, intelligent passes were produced and every ounce of his experience came to the fore as the match wore on.

He will never be fashionable, but on nights such as these, you want Milner on the pitch.

One of the heroes of the first leg at Anfield, Oxlade-Chamberlain was disappointing before the interval and exceptional after it.

He came the closest to scoring for Liverpool in the first-half, but was also wasteful, prior to an energetic, influential second period.

What a different player to the one who flattered to deceive at Arsenal.

There were fears over Salah missing the game through injury, but he was named in the starting lineup, much to our delight.

The Egyptian superstar was never at his best throughout, perhaps not firing on all cylinders fitness-wise, but he made the difference yet again for the Reds.

His superb finish, his 39th goal of the season, all but ended the tie as a contest – the truly world-class players show up when it really matters. Celebrating his 26th birthday, Mane was one of Liverpool’s brightest attacking sparks, always looking a threat and working his socks off.

He burst through in the lead-up to Salah’s goal, arguably deserving to win a penalty, and was a constant outlet on whichever flank was operating from.

Such a likeable figure, too.

By his unbelievably high standards, Firmino hasn’t been at his absolute best in the last few weeks, but he was far more noticeable on an unforgettable evening for Jurgen Klopp‘s side.

His work-rate was as astonishing as ever, even if he did risk picking up a second yellow card, and he was so calm and composed in tight areas.

Used on the left-hand side for much of the night, this was the definition of a selfless performance, and he rounded things off with an inch-perfect finish to earn Liverpool the win.

The tie was over by the time he came on.

Only on the pitch for a couple of minutes.

What a manager Klopp is.

Granted, his players struggled to respond to his tactics in the first-half, but under far lesser bosses, Liverpool would have wilted under the pressure.

You couldn’t fault his starting lineup in the slightest, and he clearly produced a huge team talk at half-time, getting a much more measured performance from his team in the second-half.