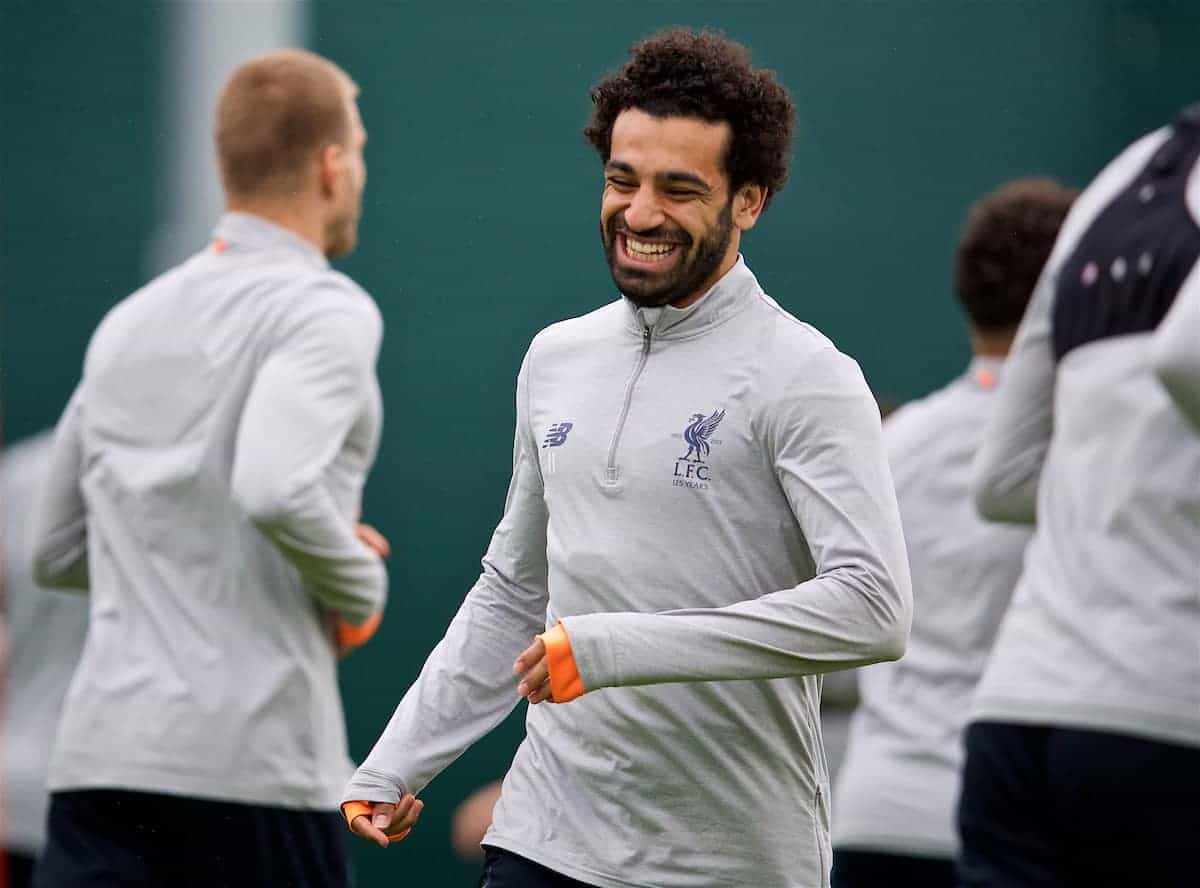 Jurgen Klopp and his coaches put the Liverpool players through their paces on the evening before their semi-final first leg clash against AS Roma.

The Reds know they will again require a big effort and top-class performance at Anfield, with a trip to Rome on the horizon.

A place in the Champions League final is up for grabs and tempting to think about, but the manager has continually preached the importance of focusing on the current job. The boss is likely to make changes from the team which drew at the weekend with West Brom, especially in defence, where Virgil van Dijk is the only likely survivor from the starting quartet. Changes will be made at full-back, with Andrew Robertson returning on the left and Trent Alexander-Arnold almost certain to start on the right. The key decision for Klopp will come in midfield, though captain Jordan Henderson should start and took part in the pre-match press conference.

Ahead of him, it looks a straight fight between Alex Oxlade-Chamberlain and Gini Wijnaldum, both of whom have been in impressive form of late. What is for certain is that Mohamed Salah will be in the starting lineup, fresh from winning the Player of the Year award and having scored 41 goals this season. He’ll face his former side on Tuesday evening.

While the starting XI might be straightforward to choose from, there will also be a battle for the spots on the bench.

Nathaniel Clyne is back to fitness, Joe Gomez is available, Danny Ings returned to scoring form and Ben Woodburn might hope to get the nod as an alternative attacking option.

It’s the biggest night of the season for the Reds and Klopp’s team selection will go a long way toward determining how successful Liverpool can be.