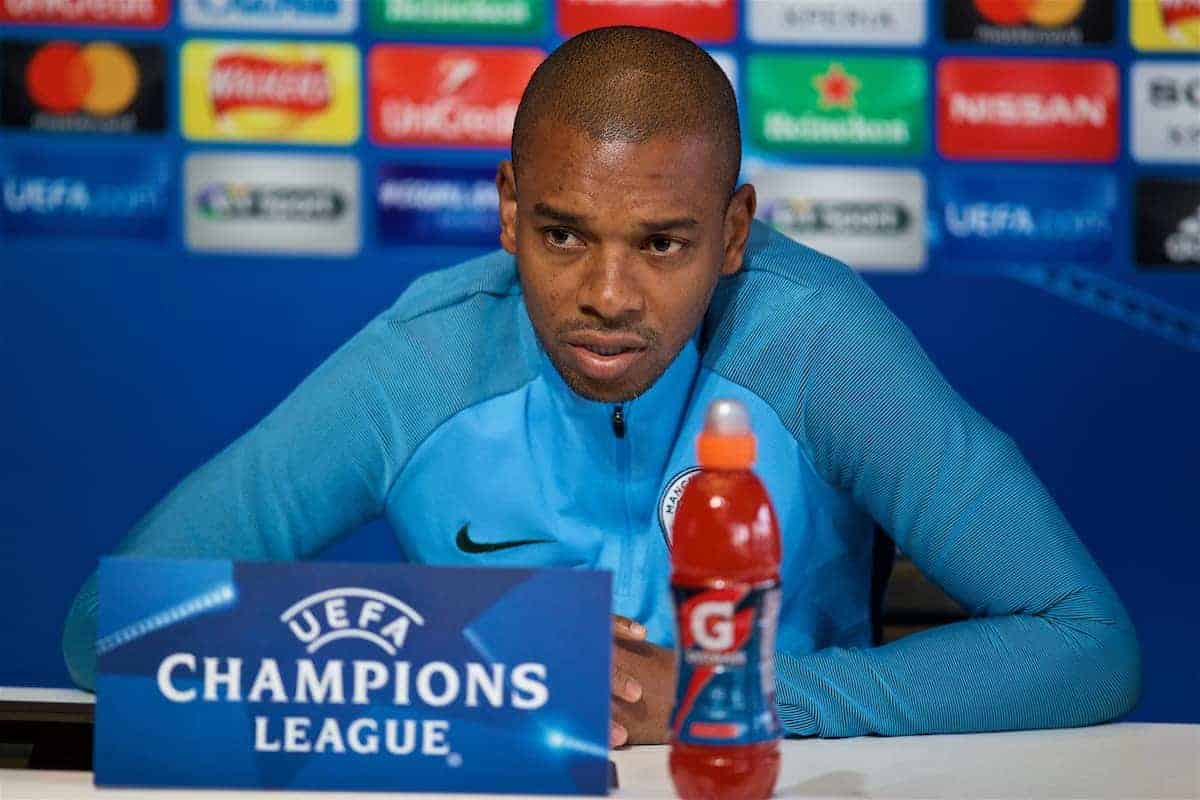 Fernandinho insists Man City’s players have already consigned their nightmarish last week to the past as they seek to salvage their Champions League status.

A 3-0 defeat to Liverpool in the first leg of their quarter-final at Anfield was followed by a 3-2 loss at home in the Manchester derby having led 2-0 at half-time.

It is the first time in Pep Guardiola’s managerial career that he has conceded three times in back-to-back matches.

City’s players have huge questions to answer about their mentality but their holding midfielder says it is up to the more experienced members of the squad to pull things together.

“It was a tough week for us, two defeats in a week, but that’s in the past already,” said the Brazilian.

“Our focus is on the second leg against Liverpool and the only way to play good football is to be positive.

“Of course we know two defeats are not easy but that happens to the best teams in the world.

“Now’s the time for experienced players to take over and take charge.

“What we have done this season is amazing and we have a chance to go through in the Champions League. It won’t be easy.

“[Liverpool] are a team who fight for the ball and try to keep the players in the middle but we will be ready for tomorrow’s game.”

Fernandinho admits City will have to walk something of a tightrope tomorrow night as conceding one goal will leave them having to score five.

“It is tough and of course I know the last game we were 2-0 up and conceded the (three) goals and we hadn’t the strength to come back,” he added.

“We start 3-0 down and we have to go forward. I hope our players can do it differently to the last game you mentioned.

“The most important thing for us is a clean sheet because if they score we have to score five. We will go from the first minute for that.

“The most important thing is going to be the first goal.

“Of course City have been playing in the Champions League six or seven years and the fans are still learning about the competition.

“But tomorrow is not about the Champions League, it is about the fans, everyone in the club, to make something amazing. We have to be together and fight to the end.

“More than ever we need our fans and supporters to be with us and we will see what happens tomorrow night but I hope we can do our job.”