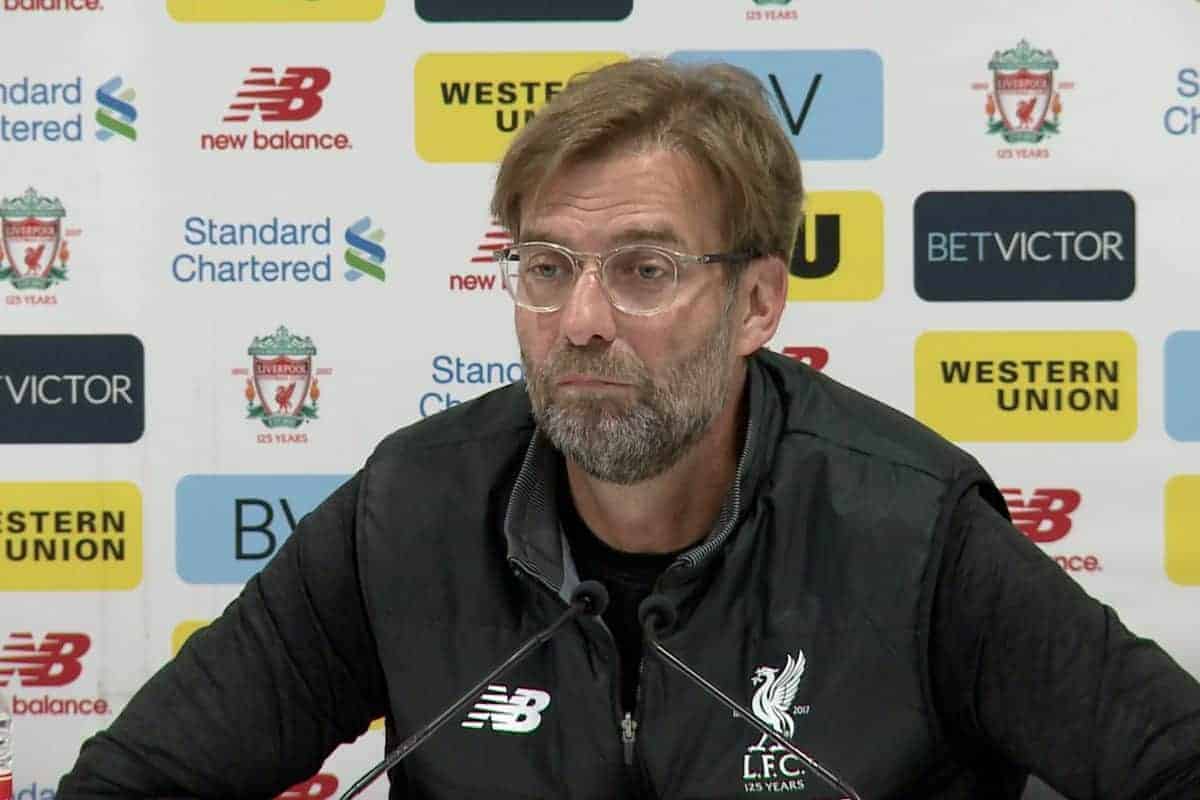 Jurgen Klopp was left pondering as Liverpool were held to a 0-0 draw by relegation-bound Stoke City at Anfield on Saturday in the Premier League.

The Reds were unable to find a breakthrough on a difficult afternoon at home, with the visit of the Potters sandwiched between two crucial clashes with AS Roma in the Champions League.

Having won 5-2 at home to the Italian outfit in the first leg of their semi-final, a rotated side took to the field at the weekend.

Klopp made five changes, but it was his talismanic staple, Mohamed Salah, who came closest throughout the game, dinking over Jack Butland and wide in the fifth minute.

Liverpool toiled after that miss and were denied a late penalty by referee Andre Marriner, who failed to spot Erik Pieters’ handball, leaving Klopp disappointed with the result.

“Frustrating? I’m not sure, it is how football can be,” he told reporters.

“We met Stoke in the moment when they thought a point could be enough [to stay up] still otherwise they had to play different.

“But if they think they can win the next two games and have a chance with that then we cannot change that opinion.

“But you saw it in the game if you don’t take the lead then…we had two opportunities for that.”

Klopp also confirmed Sadio Mane “will be fine” for Wednesday’s trip to Stadio Olimpico after missing this game due to a minor injury, but acknowledged minor issues for Joe Gomez, Trent Alexander-Arnold and Jordan Henderson.

Liverpool will fly out to Rome next week, looking to put this latest domestic letdown behind them and secure a place in the Champions League final.