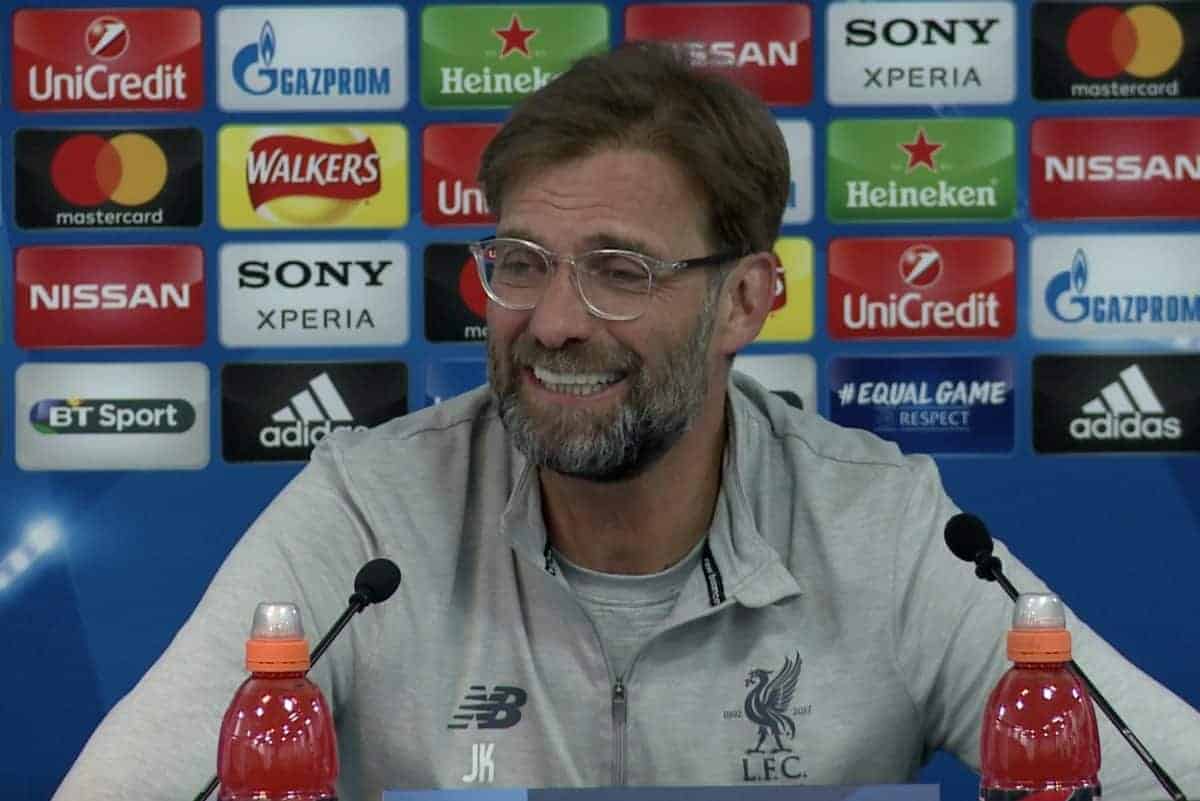 Jurgen Klopp was jubilant after Liverpool secured their place in the Champions League semi-finals with a 5-1 aggregate win over Man City.

The Reds are through to the final four of Europe’s top-tier tournament for the first time since 2008, courtesy of a stunning two-legged performance against the Premier League‘s champions-elect.

Having won 3-0 at Anfield, Liverpool braced themselves for an onslaught at the Etihad, and went behind early on as Gabriel Jesus beat Loris Karius from close range.

But a resolute defensive display and clinical finishing from Mohamed Salah and Roberto Firmino earned the visitors a 2-1 win on the night and a remarkable overall score that left Klopp ecstatic.

“I knew we could beat them. But that doesn’t make us the better team, it’s football,” he told reporters.

“It’s the cool thing in the game, that it’s still possible. It only makes it difficult and it will be difficult in the semis as well, 100 percent.

“Now we are there together—so that’s quite a cool moment and I’m really happy about it.”

Klopp also gave his take on Sadio Mane‘s form, his in-game tactical changes, AS Roma’s comeback victory over Barcelona and Liverpool’s ability to respond to setbacks.

They will be looking to dominate again in Saturday’s Premier League clash at home to Bournemouth, while they could be pitted against Roma in the semi-final draw on Friday.