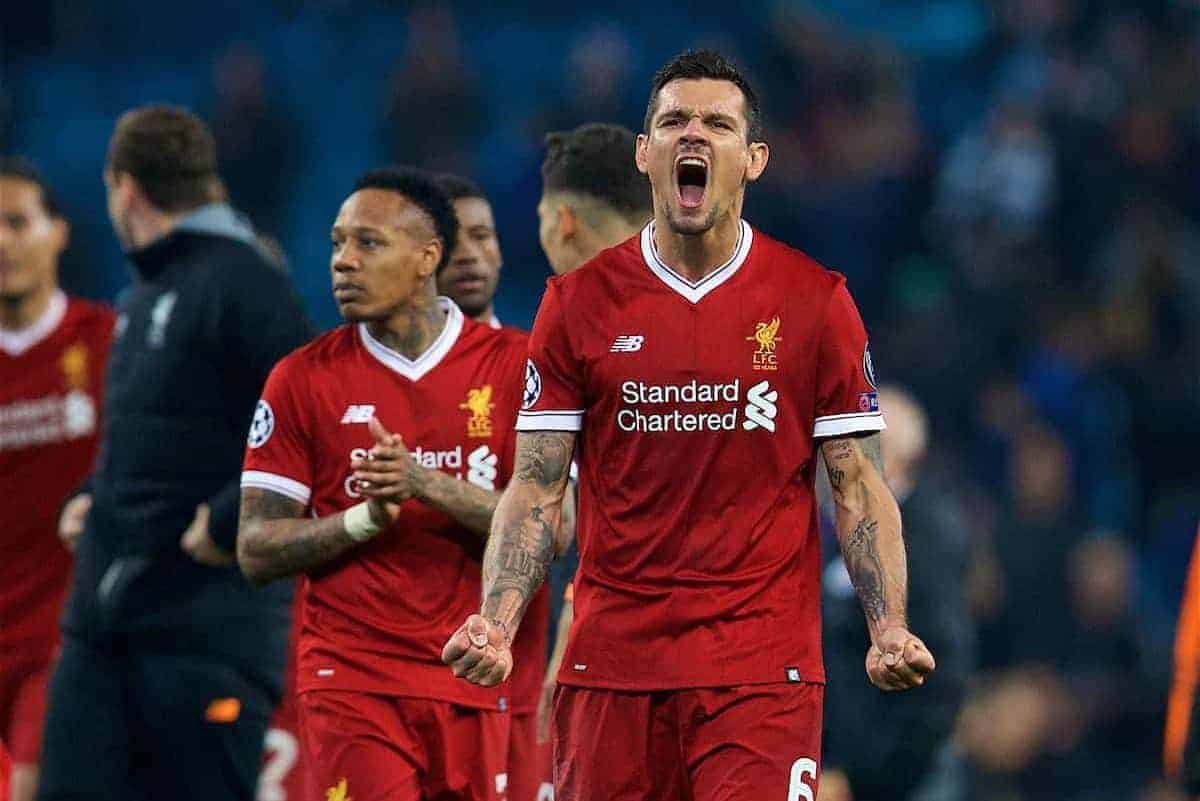 Liverpool’s players are in buoyant spirits after their Champions League quarter-final win over Man City, taking to social media to air their delight.

Every single individual shone bright at the Etihad on Tuesday evening, recovering from an early deficit to win 2-1 at the home of the soon-to-be Premier League champions.

Goals from Mohamed Salah and Roberto Firmino helped earn the Reds a stunning 5-1 aggregate win, and the semi-finals now beckon.

It is a special achievement by Jurgen Klopp and his squad, who showed enormous heart and quality in both legs against an exceptional City side.

Once the final whistle had blown and the players were able to find their phones, they took to social media to express their joy at the achievement.

Dejan Lovren enjoyed one of his best-ever performances for Liverpool, and the centre-back was one of several to share the joyous scenes taking place in the dressing room after the game:

We are in the @ChampionsLeague semifinals guys????Amazing job tonight boys. Thanks to all the fans for the incredible support ?????
??WE ARE LIVERPOOL?? #lfc #reds #ynwa #ucl #semifinal #amp18 pic.twitter.com/gaWrDmzxJx

Captain Jordan Henderson endured the agony of missing out through suspension, but he was delighted for the heroes who produced the goods on the pitch:

Loris Karius may have been slightly at fault for Gabriel Jesus’ opener, but he responded with another fine display, and shared a great snap of him enjoying the win:

James Milner put in a colossal performance against his former club, captaining the Reds to one of their most impressive European away victories in years:

Trent Alexander-Arnold excelled over both two legs, getting the better of Leroy Sane, and the brilliant 19-year-old thanked the euphoric travelling fans for their support:

WE ARE LIVERPOOL? What a night? Unbelievable support again????? #YNWA #66 pic.twitter.com/rveWenzomU

Virgil van Dijk‘s influence has been enormous since joining in January, and although he was culpable for Jesus’ goal, it was an otherwise commanding outing from the imperious Dutchman:

Alex Oxlade-Chamberlain continues to go from strength to strength for the Reds, shining in the middle of the park, and was one of many who upped their game after the interval:

The ever-popular Andrew Robertson was still clearly buzzing with adrenaline late into the evening, as he also got stuck in on Instagram:

Once the ecstasy of reaching the semi-finals subsides, attention must swiftly turn to Saturday’s Premier League clash at home to Bournemouth.

Another win for Liverpool would further enhance their chances of Champions League qualification for next season, with three wins from their final five league games guaranteeing a top-four finish.