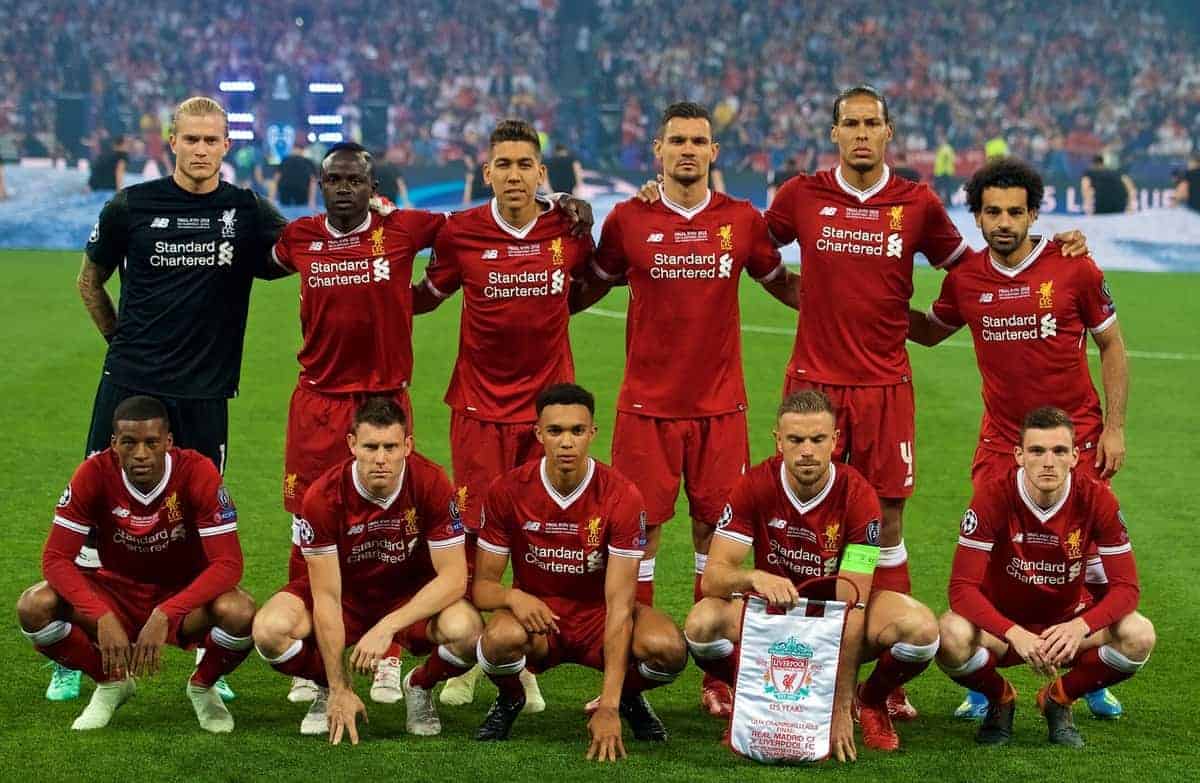 There are no surprises in Jurgen Klopp‘s starting lineup for the Champions League final, as Liverpool’s strongest available XI take on Real Madrid.

The Reds are in Kyiv in search of the sixth European Cup in their decorated history, with Klopp presiding over a remarkable run to the final.

Having dispatched of Brighton with a comfortable 4-0 win at Anfield on the final day of the Premier League season, Liverpool have had nearly two weeks to prepare for Real.

And after training in Marbella, at Melwood and finally at the NSC Olimpiyskiy on Friday evening, a strong side are ready to take to the field in Ukraine.

Loris Karius starts in goal, with the German holding the record for the most clean sheets in this season’s tournament.

Ahead of Karius are Trent Alexander-Arnold, the youngest player to start for Liverpool in a European Cup final, Dejan Lovren, Virgil van Dijk and Andy Robertson.

And tasked with firing Liverpool to glory in Kyiv are Mohamed Salah, Sadio Mane and Roberto Firmino.

On the substitutes’ bench, Emre Can returns after having missed the last 11 games with a back injury, with the German likely making his final appearance for the club.

Meanwhile Zinedine Zidane has named the same starting lineup as last year’s final, with Gareth Bale missing out as Isco is preferred alongside Cristiano Ronaldo and Karim Benzema.