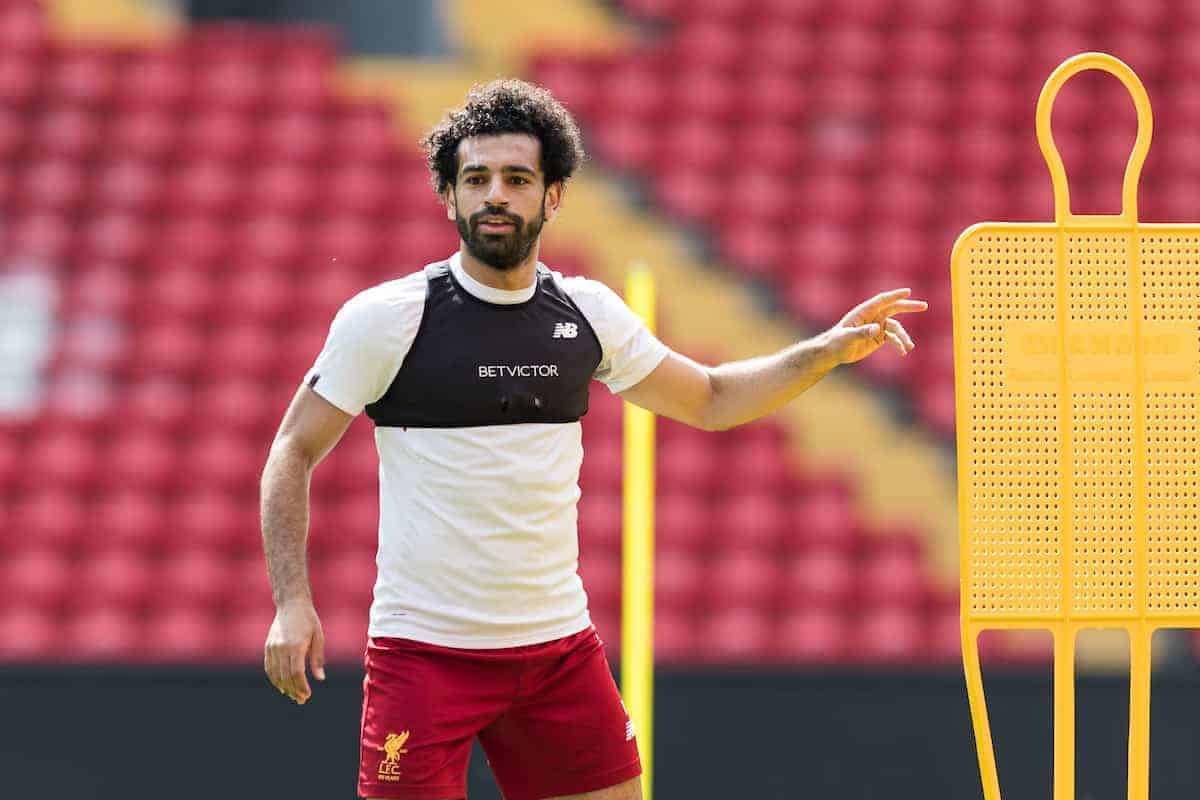 The Reds are on their way to Ukraine as they bid to secure their sixth European Cup in a long, decorated history.

Klopp has overseen victories over the likes of Spartak Moscow, Porto, Man City and Roma on the way to the final, and will be hoping for a similarly impressive display against the Liga giants.

Hampered by season-ending injuries to Joel Matip, Joe Gomez and Alex Oxlade-Chamberlain, Klopp’s hands have been tied to an extent.

But the manager has still named a strong travelling squad for the final, including Emre Can, who could make his 167th and likely final appearance for the Reds on Saturday.

Klopp has included youngsters Nathaniel Phillips, Ben Woodburn, Curtis Jones and Rafa Camacho in his selection, with Conor Masterson left out having previously deputised in Europe.

It is encouraging to see Liverpool seem to have avoided any further injuries in their preparations for the final.

Klopp is set to hold his press conference at NSC Olimpiyskiy at 3.15pm on Friday (BST), with open training held at the stadium at 4pm.

Zinedine Zidane will then speak to reporters at 5.15pm, with Real’s session going ahead at 6pm.