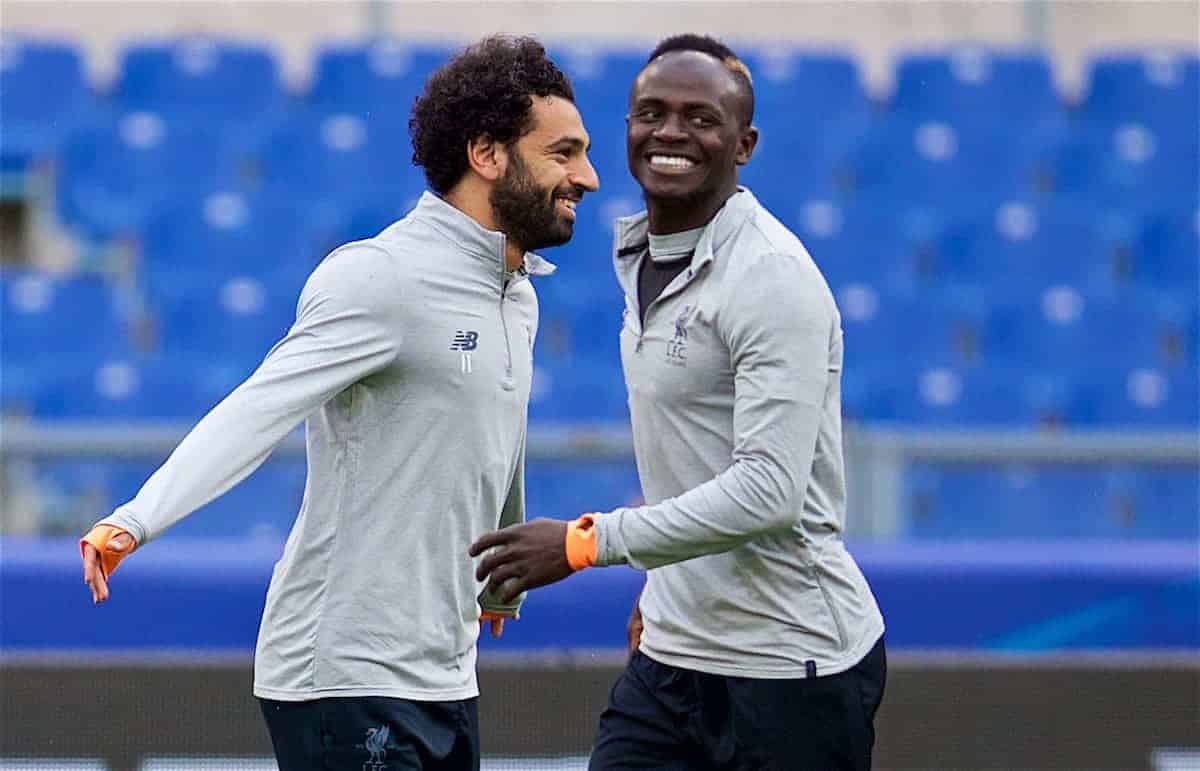 The same team that blitzed Roma at Anfield is likely to be tasked with completing the job in Wednesday’s make-or-break second leg.

A place in the 2018 Champions League final is now just 90 minutes away.

Providing a Barcelona-style collapse is avoided on what will be a cripplingly tense night at the Stadio Olimpico, the Reds will be off to Kyiv for a shot at winning European Cup No.6.

After rotating the team against Stoke Jurgen Klopp will hope to be able to field his strongest possible XI in the Italian capital, as the Reds look to see the job through.

And providing some good luck finally shines on certain Reds currently carrying knocks, Klopp will be able to do just that for the crunch showdown. Klopp has received a huge boost with Mane’s recovery and will now be hoping Henderson and Alexander-Arnold prove their fitness during the final training preparations.

If the English pair manage to do so successfully it is likely the lineup at Stadio Olimpico will be the exact same XI which ripped the Italian side to shreds on Merseyside.

There is precious little alternative available so showing faith in those who started the job so spectacularly at Anfield to finish it seems a wise move.

That means one change will be made to the starting XI from that stunning first leg – with Gini Wijnaldum replacing Alex Oxlade-Chamberlain alongside Henderson and James Milner.

The rest will be as you expect. Klopp could be forced into an unwanted rethink if complications arise for those already struggling.

Henderson will somehow have to get through even if he’s not fully fit given there isn’t another senior midfielder available – with Oxlade-Chamberlain, Lallana and Emre Can all side-lined.

But thankfully there is a back-up if Alexander-Arnold – who seemed to be struggling more than Henderson – has further problems, with Clyne available to step in.

Please join me in having everything crossed that Mane is genuinely fit to return, but it could transpire that the Senegalese isn’t as ready as stated as Klopp understandably keeps his cards close to his chest.

If this – perhaps overly paranoid – scenario does play out, Ings could continue to the left of Roberto Firmino, leaving Mane hopefully as an impact sub if required. The Reds are just 90 minutes away from having a chance to claim a historic sixth European Cup triumph, and a professional, brave and battling display is needed to ensure that opportunity arrives.