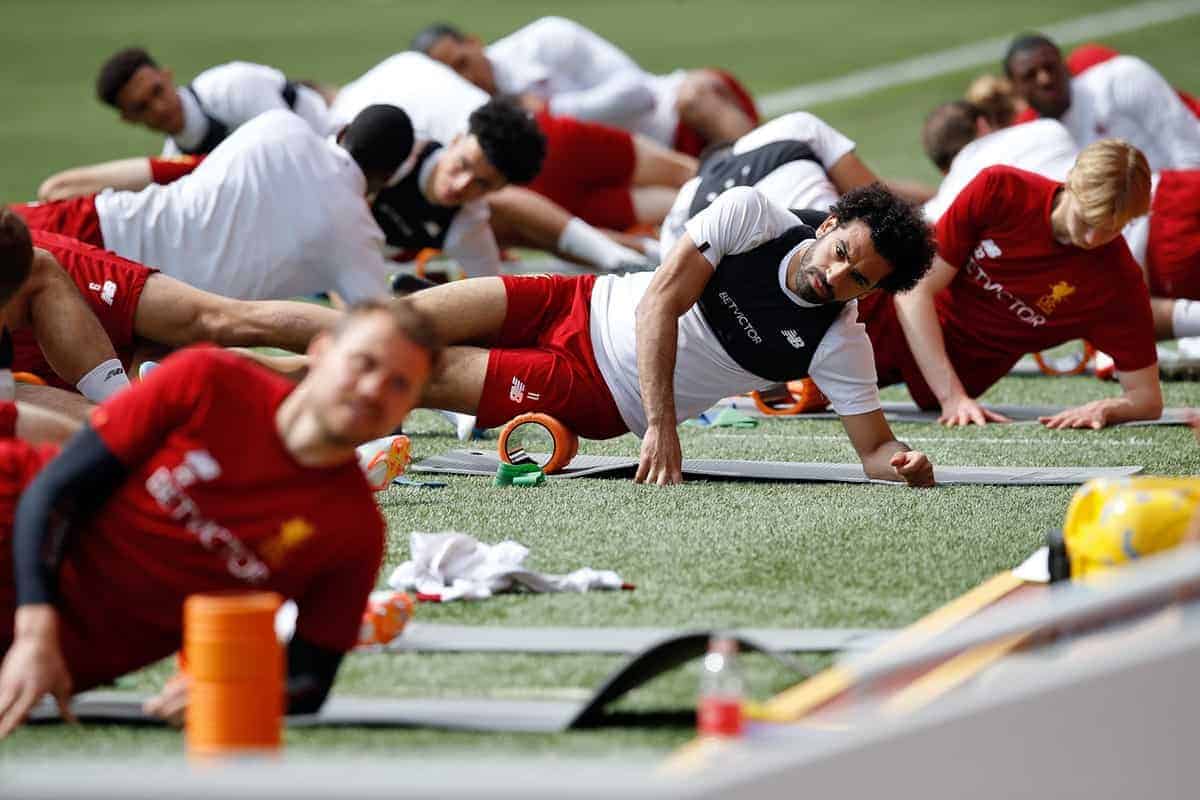 Liverpool trained at Anfield in front of the world’s media as they prepared for this weekend’s Champions League final.

The big news as far as Jurgen Klopp‘s squad options are concerned was the return of Emre Can, with the German back after missing the last two months.

Of course there’s no guarantee yet he’ll make the matchday squad, but having an extra senior back could make such a difference for Klopp’s options off the bench. Of course, there are a few who are guaranteed a starting spot—and Roberto Firmino‘s importance to the team will be highlighted both on and off the ball against Real Madrid. Mohamed Salah will likewise be a key part of Klopp’s plan to lift the trophy, after the forward returned to goalscoring ways on the final day of the Premier League season. Sadio Mane has also ended the season in excellent form and may be an underestimated part of the Reds’ attack by their final opponents. At the other end of the pitch, Virgil van Dijk will be the leader the Reds look to in attempting to keep out Cristiano Ronaldo and Co. A handful of youngsters including Rafa Camacho and Curtis Jones remained involved with the seniors, though it’s unlikely any will be included on Saturday. It will be the Reds’ fast-paced combination plays which hope to open up Madrid, and there was plenty of that on show at Anfield as the squad prepared.