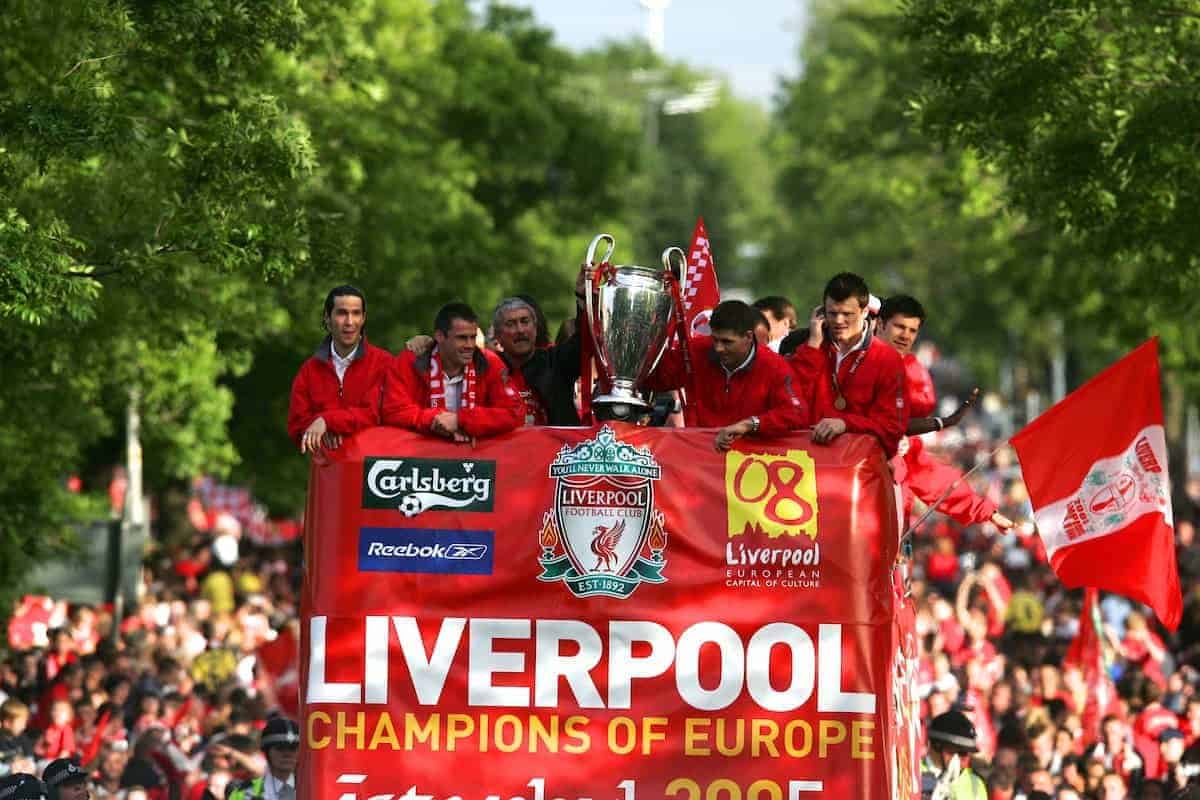 Mayor of Liverpool Joe Anderson has revealed that plans have been finalised for a potential parade route should Liverpool win the Champions League in Kiev.

The Reds are acutely aware of the delicate nature of such planning, with the final itself still over a week away and a great challenge before them in Real Madrid.

But the scale and “logistical challenges” of arranging a route safely, which would attract tens and perhaps hundreds of thousands of supporters to cheer the side home, means it could not possibly be done overnight.

As a result, Liverpool FC, Liverpool City Council and Merseyside Police have been working to align the plan according to the club’s schedule.

The full route given by the council is shown in the below image.

An open-top bus would lead Jurgen Klopp, his team and the trophy itself along the Strand, up Leeds Street, along Hunter Street, Islington, Erskine Street and West Derby Road, before finishing near the Liverpool Olympia.

A statement from the council further shed light on issues faced by arranging the parade, given two other major events would be happening the same day.

The European champions will not be confirmed until the evening of Saturday, May 26, however due to the major logistical challenges needed to arrange a parade of this scale the announcement is being made in advance so residents and businesses in the city can prepare for the potential event.

The potential parade will take place when Liverpool is staging two major events – Three Festivals Tall Ships Regatta and the Bordeaux Wine Festival – which alone are expected to attract tens of thousands of people to the waterfront.

It would start from midday, is expected to last for a couple of hours, and will see the Liverpool FC team parade the Champions League trophy on an open top bus, travelling along Liverpool’s UNESCO world heritage waterfront.

Mayor of Liverpool Joe Anderson added that the choice of staging the parade the day after the final itself was a club decision, one which they also took back in 2005. Regardless of whether you are a Red, Blue or not a football fan at all, an event like this has a hugely positive impact and will once again shine the international spotlight on the city.

We are all tremendously proud of LFC’s achievement and you can already feel the buzz around the city ahead of the final.

The club requested the parade takes place on the Sunday, and even though it’s already a busy day for the city, we want to make sure we are ready to give them the heroes’ welcome they deserve should they win.

I understand there will be disappointment for those fans who are unable to get back from Kiev in time, but it was a similar situation in 2005 and we have to be guided by the club in terms of the date and time.

We are working closely with LFC, Merseyside Police and our travel partners to ensure that the event runs smoothly and safely for everyone to enjoy.

We’re keeping everything crossed for the final and hope the team and the fans do Liverpool proud in Kiev as they have throughout the competition.

The parade would have to take place on the Sunday due to Liverpool’s international players heading off for their World Cup preparations on the Monday.

After winning the Champions League in 2005, Liverpool’s bus parade through the city saw an estimated one million fans line the route, with incredible scenes at St. George’s Hall where a reported 300,000 people were in attendance.

The Reds are currently in Marbella preparing for the final in Kiev, they return to Merseyside this weekend, with the UEFA Champions League media day taking place at Anfield on Monday.