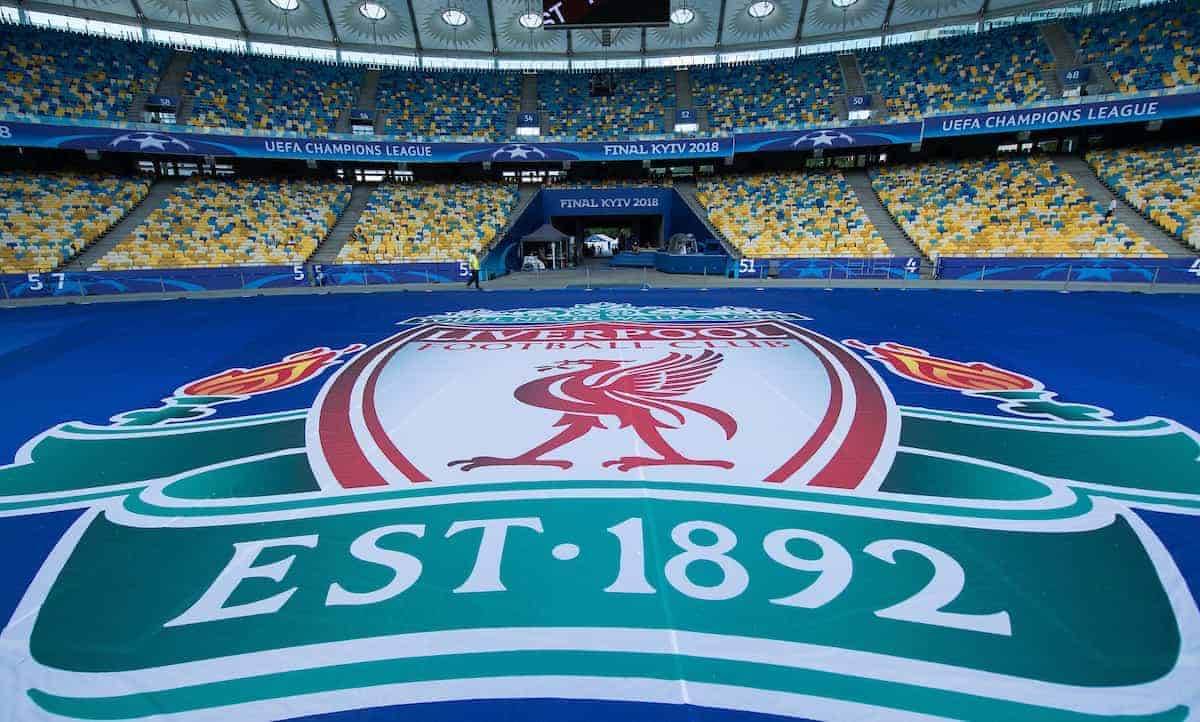 Liverpool take on Real Madrid in the Champions League final on Saturday night, in one of the biggest games in the Reds’ magical history.

What can you say about the magnitude of this match? It is simply gargantuan.

Liverpool are 90 minutes away from being crowned European champions for the sixth time, after an extraordinary run to the final.

Having outclassed Hoffenheim in the play-off back in August, Jurgen Klopp‘s side topped their group ahead of Sevilla, Spartak Moscow and Maribor, remaining unbeaten over the six fixtures.

Next up were Porto in the last 16, with the 5-0 win at Estadio do Dragao one of Liverpool’s most complete performances of the season.

An all-conquering Man City team were expected to end the Reds’ Champions League dream in the quarter-finals, but a 5-1 aggregate victory proved to be a special achievement.

It was up to Roma to deny Klopp’s men a place in the showcase event in Kyiv, but yet again, Anfield proved too much for the opposition, and Liverpool clung on in the second leg to progress 7-6 over the two ties.

It lined up a final meeting with a formidable Real Madrid side looking for their third Champions League title in a row, and a fourth in five seasons.

Few teams in European Cup history have built up such a winning mentality in the competition, and there is experience and ability in abundance throughout the squad.

Liverpool can beat anyone on their day, though, and as long as they don’t freeze on the biggest stage of all there is every chance of glory on Saturday evening.

It is hard to put into words just how big victory would be, whether that’s concerning Klopp, his players or the supporters.

Leave nothing out there on the pitch, do yourselves proud and please, please bring home No. 6. You can do it.

Liverpool have picked up no new injury problems since the 4-0 win over Brighton on the final day of the Premier League season.

Joe Gomez, Joel Matip and Alex Oxlade-Chamberlain are all absent, though, as they miss out on the biggest night of their careers to date.

The team picks itself, with Loris Karius starting in goal, Trent Alexander-Arnold and Andy Robertson at full-back and Dejan Lovren and Virgil van Dijk the preferred centre-back pairing.

It is an incredible night for boyhood Liverpool supporter Alexander-Arnold, who at 19 is about to play in club football’s greatest match.

Jordan Henderson will skipper the side, well aware that he is on the cusp of becoming only the fifth Reds player to lift the European Cup, after Emlyn Hughes, Phil Thompson, Graeme Souness and Steven Gerrard.

Gini Wijnaldum and James Milner will be used alongside Henderson in midfield, with Emre Can and Adam Lallana decent options from the substitutes’ bench despite not being at their fittest.

The front three of Mohamed Salah, Sadio Mane and Roberto Firmino are the poster boys of this team, and their influence is paramount in Kyiv.

Victory for Liverpool would surely make Salah the red-hot favourite for the Ballon d’Or later this year. Real Madrid are in an enviable position in the injury department, with Zidane having an entirely fit squad to choose from.

Keylor Navas isn’t the most convincing goalkeeper, despite a good performance in the semi-final second leg against Bayern Munich, but the back four is formidable to say the least.

Dani Carvajal and Marcelo are the two of the best in the world in their respective positions, while Spain legend Sergio Ramos is a good foil for the towering Raphael Varane.

Given Liverpool’s attacking class, Zidane is likely to deploy the understated but influential Casemiro in front of the defence, with world-class duo Toni Kroos and Luka Modric weaving their magic in more attack-minded areas.

Should the Madrid boss go with a more gung-ho approach, Isco and Mateo Kovacic are strong options.

In the final third, Cristiano Ronaldo will believe this is another final that can belong to him. The all-time great has scored in the last two Champions League finals.

Gareth Bale has found form at just the right time and is likely to start, with Karim Benzema and Isco battling it out for the remaining spot.

Youngsters Marco Asensio and Lucas Vasquez can cause problems from the bench. A Liverpool win would put them third on their own in the all-time European Cup standings, with what would be their sixth triumph in the competition.

AC Milan have seven to their name, while Madrid will be looking for a 13th crown on Saturday evening. Speaking at NSC Olimpiyskiy on Friday, Klopp hailed his side’s spirit as key to their run to the final:

“We are Liverpool, the club has in its DNA that we can go for the big things.

“Nobody expected us to be here but we are here, because we are Liverpool.

“I cannot believe that it’s true, but it’s us: scored the most goals, exceptional results.

“Nine months ago when we started we were already a good football team. The performances we showed created a special spirit. Now we are here.” Real Madrid vs. Liverpool will kick off at 7.45pm (BST), with coverage on BT Sport 2 set to begin at 6pm with Steven Gerrard in the studio.

BT Sport are also streaming the Champions League final via their YouTube channel here, while as ever This is Anfield will be bringing you live updates and insight throughout the night.