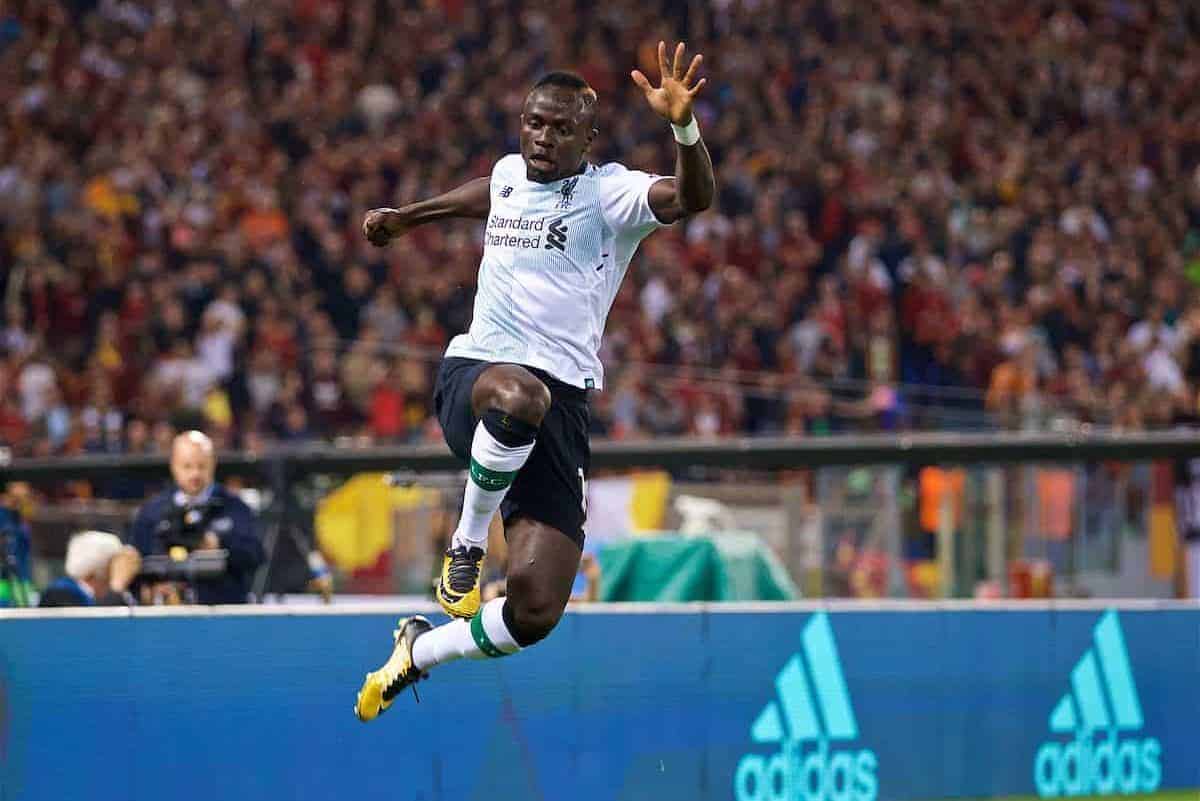 Liverpool reached the Champions League final despite a dramatic 4-2 defeat to Roma on Wednesday night, with 11 Reds heroes doing the club proud at Stadio Olimpico.

Karius looks transformed after such an iffy to start to his Liverpool career, and this was a performance that summed up his change in fortunes.

The German was commanding from crosses all evening, making good catches and convincing punches, and he now looks as though he belongs in this team. Brought Edin Dzeko down but the striker was offside, fortunately.

Forget about bringing in a replacement this summer – he’s the real deal.

After being used in a midfield role against Stoke City, Alexander-Arnold returned to his regular right-back berth against Roma.

The teenager was given a really tough time of things by the tricky Stephan El Shaarawy, and in the second-half he fell apart a little under pressure, and was culpable for Dzeko’s strike.

He stuck at his job doggedly, even though he looked shaky – this has still been a coming-of-age campaign.

Having been rested at the weekend, Lovren came back into the side at Stadio Olimpico, but he never cut a reliable figure at the back.

His clearance that hit James Milner and flew into the net was not good enough, and a needless foul on El Shaarawy epitimised his rashness.

That being said, he was strong in the air up against the giant Dzeko, which he deserves a lot of credit for. Must be improved upon in the summer.

Liverpool’s record signing faced his biggest game yet for the Reds, and he was imperious at the heart of the Reds’ defence.

He brought a calm to proceedings while teammates looked nervous early on, and you always felt Liverpool were just about in control with him on the pitch.

Van Dijk is genuinely one of the world’s best centre-backs, and he excelled in Rome. Without him, the Reds may have crashed out.

After Mohamed Salah and Roberto Firmino, Robertson has arguably been the Reds’ third-best player this season, and he was impressive yet again on Wednesday evening.

One magnificent run into the Roma penalty area so nearly led to Sadio Mane scoring his second goal when the score was 1-1, and he looked an assured figure throughout.

The Scot allowed Alessandro Florenzi a bit too much time on occasions, but that is being ultra-picky.

The skipper was once again deployed in front of the back-four, and it was a good, if slightly messy, showing from him.

He battled endlessly in the middle of the park, biting into tackles and showing his physical edge, but he looked rushed on the ball often. Had a big final 20 minutes when others were suffering.

The positives outweighed the negatives, without question. Wijnaldum was outstanding in last Tuesday’s first leg at Anfield, and he carried on his much-improved form on a memorable night personally.

The 27-year-old was his solid, unspectacular self for much of the first-half, before heading home Liverpool’s second of the night – his first ever away goal for the Reds.

Jurgen Klopp needed Wijnaldum to step up in the absence of the injured Alex Oxlade-Chamberlain, and he has done just that.

Milner has been superb of late, enjoying the best spell of his Liverpool career, and he shone bright and used all his vast experience.

The 32-year-old rarely put a foot wrong, using the ball well and working his socks off, and he has been such a big performer in the Champions League.

He could do nothing about his own goal – after that unfortunate penalty that went against him last week, he must feel somewhat cursed.

All eyes were on the newly-crowned PFA Player of the Year and FWA Footballer of the Year, but this night didn’t belong to him for once.

He looked very dangerous every time Liverpool broke at pace, but his magic touch in front of goal evaded him, and Sadio Mane and Roberto were more influential.

He was still perfectly adequate, even though he got caught offside approximately 742 times.

Mane missed the stalemate against Stoke through injury, but he returned to the left-side of the front-three for the trip to Rome.

The Senegalese was Liverpool’s star man, and in a season in which Salah and Firmino have made more headlines, it was nice to see him thriving as the main man.

He eased the nerves with a clinical early finish – his 19th goal of a supposedly ‘below-par’ season – and some of his speed, movement and trickery was a joy to watch.

Leading the line in his own unique way, Firmino was wonderful in arguably the biggest game of his career, proving to be everywhere for his side.

His selflessness, creativity and intelligence make him a dream for Jurgen Klopp, and for all the brilliance of Salah, he is the first name on the team-sheet.

He did grow sloppy in the second-half, however, losing the ball cheaply by his sides, and he look exhausted as the minutes ticked by.

Provided an assist for Mane.

Sured things up a little, but wasn’t really noticed. Less than three years as manager and Jurgen Klopp has inspired Liverpool to a Champions League final. What a man.

You couldn’t fault his starting lineup or his tactics at Stadio Olimpico, and it was individual errors that were costly on the night.

It was strange that no substitutions were made earlier, however, with players tiring and Trent Alexander-Arnold, in particular, struggling.

Come on Jurgen, let’s end your final curse in Kiev later this month!