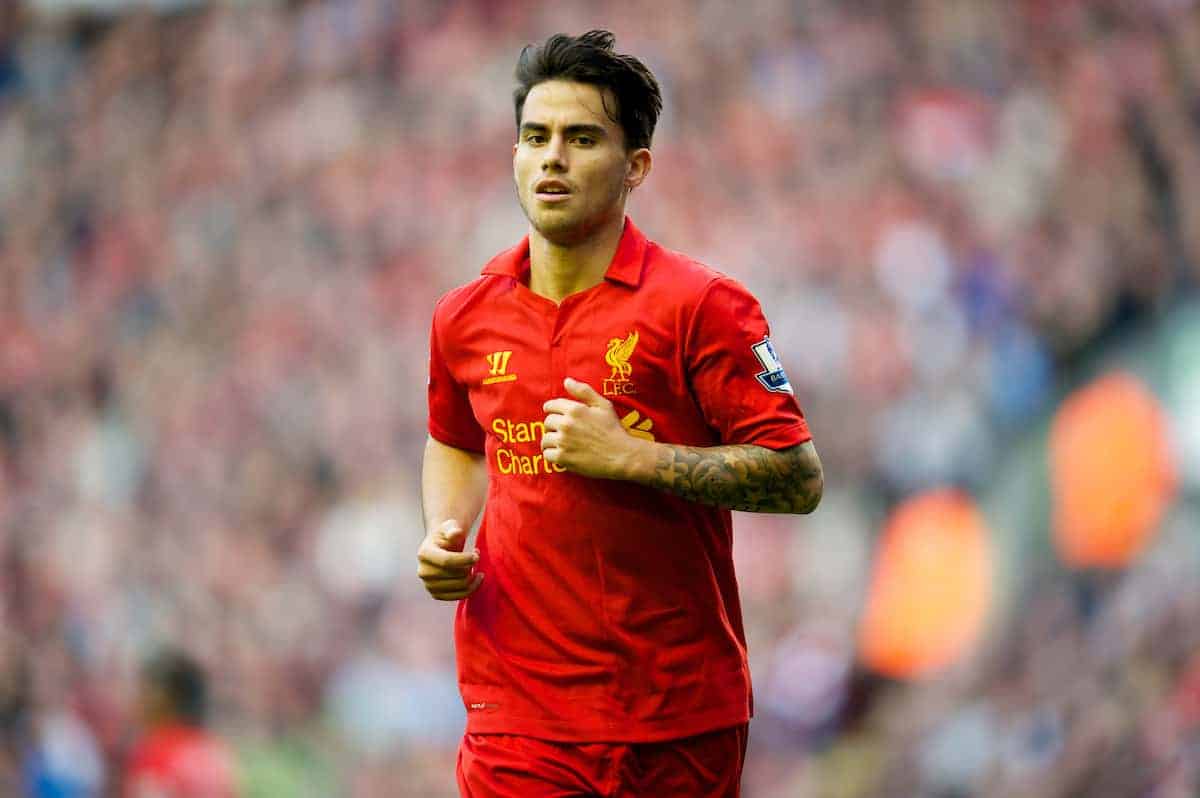 AC Milan playmaker Suso has discussed his upbringing at Liverpool, and while he is committed to his current club is hoping to return in the future.

Suso joined the Reds from Cadiz in 2010, and made 21 appearances for the club before leaving for the San Siro at the beginning of 2015.

He has since established himself as a key player in Milan, scoring 15 and assisting 26 in 95 appearances, including eight goals and 14 assists in 50 games this season.

Only three outfielders played more minutes than Suso (3,893), whose modest release clause of £35 million has prompted speculation over a summer move, with Liverpool touted as suitors.

But speaking to the Guardian, the 24-year-old Spaniard stressed that he is “very happy” at Milan, though he is open to rejoining his old club in the future:

“In a sense I became a man before I became a footballer. It was very hard with the lifestyle and language. But to this day I remember everything.

“I did not play that much but I got to know Steven Gerrard and be a team-mate of players such as Luis Suarez, Philippe Coutinho and Jamie Carragher.

“I’ll never forget my experience at Liverpool. Premier League football is different, I would call it special.

“I would like to play for Liverpool again some day. I grew up there and it is a big club.” There’s nothing remarkable in Suso’s stance, particularly as he explained that “when there are rumours about me leaving I reiterate that I am happy here and I think the club is with me.”

But his affinity with Liverpool, and desire to play in the Premier League again in the future, will only fuel rumours of an Anfield return.

Suso has developed rapidly since leaving Merseyside, and though he is largely operating as right winger at Milan could be seen as a long-term replacement for Philippe Coutinho.

Just as Liverpool seem to have sharpened their high-intensity game without the Brazilian, though, it is difficult to see how Suso would fit into Jurgen Klopp‘s system.

However, in years to come it would be interesting to see if, as he progresses, Suso shows the ability to slot into a similarly hardworking side—or, perhaps more likely, if he drops further back into midfield in the future.

For now it would be wrong to expect a reunion with Liverpool’s former No. 30, but it is encouraging to hear one could still be on the cards.