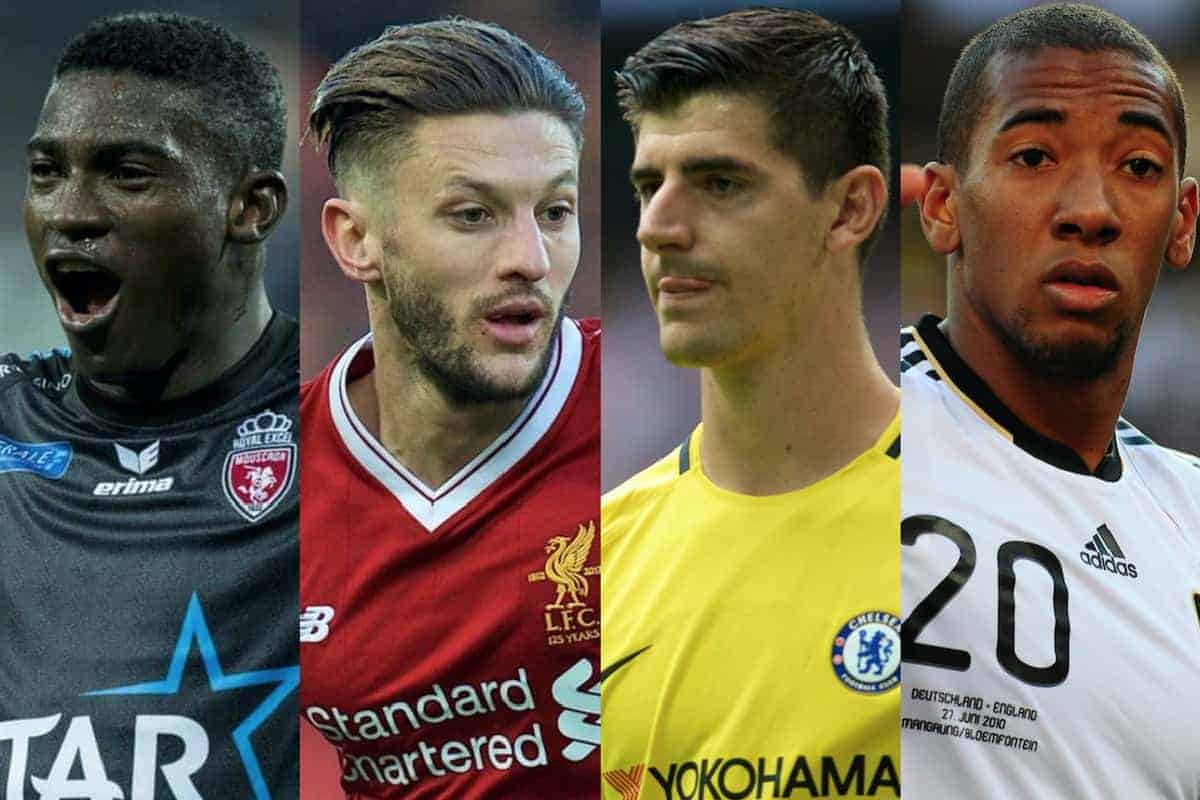 We round up the latest Liverpool news and rumours on Thursday, as attentions turn to transfers, pre-season preparations and the World Cup. Nigerian striker Taiwo Awoniyi joined Liverpool from the Imperial Soccer Academy in a £400,000 deal in 2015, but has barely stepped foot on the training field at Melwood.

Instead, he has spent the past three seasons on loan, first at FSV Frankfurt in Germany, then NEC Nijmegen and most recently with a successful spell with Mouscron in Belgium.

He is set for another temporary switch this summer, as he is still unable to secure a UK work permit, with Liverpool hoping to agree a deal with a side playing in the Europa League.

Before then, however, he could play for the Reds on their pre-season tour of the United States, with Goal‘s Tolu Olasoji reporting that he had been able to obtain a US visa.

Jurgen Klopp‘s side play Borussia Dortmund in Charlotte on July 22, Man City in New York on July 25 and Man United in Ann Arbor on July 28, before returning to Europe. Adam Lallana ended the campaign with a 60-minute turn in the Champions League final defeat to Real Madrid on Saturday, replacing Mohamed Salah after the Egyptian’s shoulder injury.

But that was only his 15th appearance for the first team this season, and the midfielder took to Instagram on Wednesday night to give his take on a difficult year, with an optimistic look to the future:

“Signing off from Melwood today for the summer break…I think it’s stating the obvious to say it hasn’t been the season I’d have wanted purely on a personal basis. Gutted I couldn’t have contributed more, but it’s part and parcel of the game.

“Feel so incredibly proud of the players, staff and supporters for what was achieved during this campaign.

“We’ve taken the next step as a team and as a club. We’ll use the summer to rest up, dust ourselves down, refocus and then go again.

“Only good feelings about where we are heading. As always, thanks for the amazing support. YNWA.”

Lallana is likely to find his role on Merseyside under threat next season, following the arrivals of Naby Keita and Fabinho, along with the potential signing of Nabil Fekir from Lyon. Thursday afternoon saw Zinedine Zidane step down from his position at Real after leading the Spanish giants to three Champions League triumphs in two-and-a-half years.

But according to players in the Bundesliga, Klopp is the best manager in world football.

In a survey conducted by Kicker, 248 players from all 18 clubs in the German top flight voted the former Borussia Dortmund coach ahead of his counterparts from Real, Bayern Munich and City.

It is likely he would have swapped this particular accolade for silverware in Kyiv, of course!

The Truth Behind Those Courtois & Boateng Rumours With Loris Karius suffering a nightmare against Real and Simon Mignolet, Danny Ward and even Adam Bogdan expected to leave this summer, Liverpool have been linked with a host of goalkeepers this week.

Interestingly, Wednesday night saw Chelsea stopper Thibaut Courtois touted with a move to Anfield by Italian journalist Gianluca di Marzio, who claimed he was “heading towards a divorce” from the Blues.

But speculation was swiftly quashed by Goal‘s Chelsea correspondent Nizaar Kinsella, writing that “he will not depart Stamford Bridge for a Premier League rival.”

The initial Sport Bild report did not mention the Reds, merely stating that Boateng, Bernat, Thiago Alcantara and Arturo Vidal could be sold this summer.