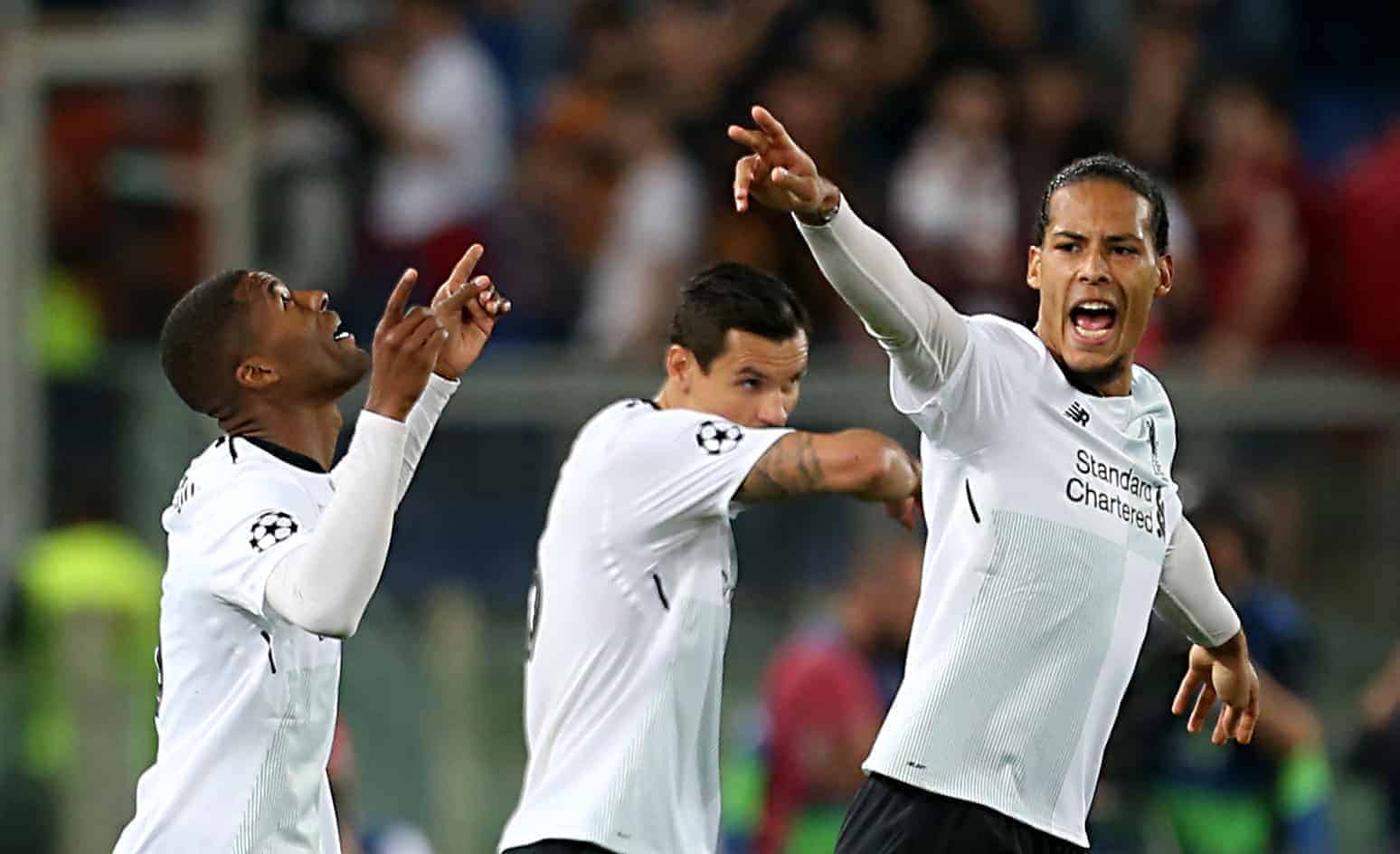 Liverpool fans were ecstatic after the Reds reached the Champions League final despite a 4-2 loss in Rome, running out 7-6 winners on aggregate.

Liverpool’s dreams of a sixth European Cup success are now just one step away from becoming reality despite defeat in Rome thanks to a 7-6 aggregate victory.

Sadio Mane got the night off to a perfect start finishing counter-attack after nine minutes, but Roma re-opened the contest instantly with a very unfortunate James Milner own goal.

And Gini Wijnaldum soon restored the four-goal advantage with his first away goal in three years all inside a crazy first 25 minutes—leaving Roma facing the impossible.

Edin Dzeko finished on the rebound to level the score on the night and pull the aggregate score to 4-7.

Radja Nainngolan set up a slightly nervy finish with a long-range strike with five minutes to go and made it a nerve-wracking final minute after converting a penalty.

But the Reds saw out the final stages to book their place in the Kiev final and supporters were over the moon at the full-time whistle.

Here’s how Reds fans reacted to a historic night across social media and on our forums.

Fans were delirious after seeing Wijnaldum finally end his wait…

This is a night to tell your grandkids about.

A Gini Wijnaldum away goal.

WIJNALDUM SCORED AN AWAY GOAL, HE ACTUALLY DID IT

Talking about firsts. Gini gets an away goal!!!! ?

Gini Wijnaldum has scored more away goals in the Champions League (1) than the Premier League (0).

There was richly deserved praise for players and staff alike…

How good has Mane been tonight?! Remember hearing him being slagged by fans after the missed chances last week – this is how he bounces back!

Sadio Mane having his game of the season right now on the biggest stage. Big game player

“Robertson was my man of the match. Well done Red man YNWA.”

#LFC Virgil bossing the back again. What a great buy he's been.

Kopites were over the moon as the Reds reached the final, with some already confident of European Cup No. 6…

“One thing I know for sure, Madrid will be worried.”

– JamesH on the forums.

Never thought at the start of the season id be saying this, up the reds

“Well Liverpool being Liverpool made that a lot harder than it should’ve been but still………….CHAMPIONS LEAGUE FINAL!!!!!!!”

– DaveD on the forums.

OH MY GOD THIS IS A DREAM

YES! Doesn't matter how it's done as long as it's done. And it's always done like that by #LFC! The Reds are back in the #ChampionsLeague final! Allez allez allez!

Forget the analysis…. LIVERPOOL FOOTBALL CLUB ARE IN THE CHAMPIONS LEAGUE FINAL