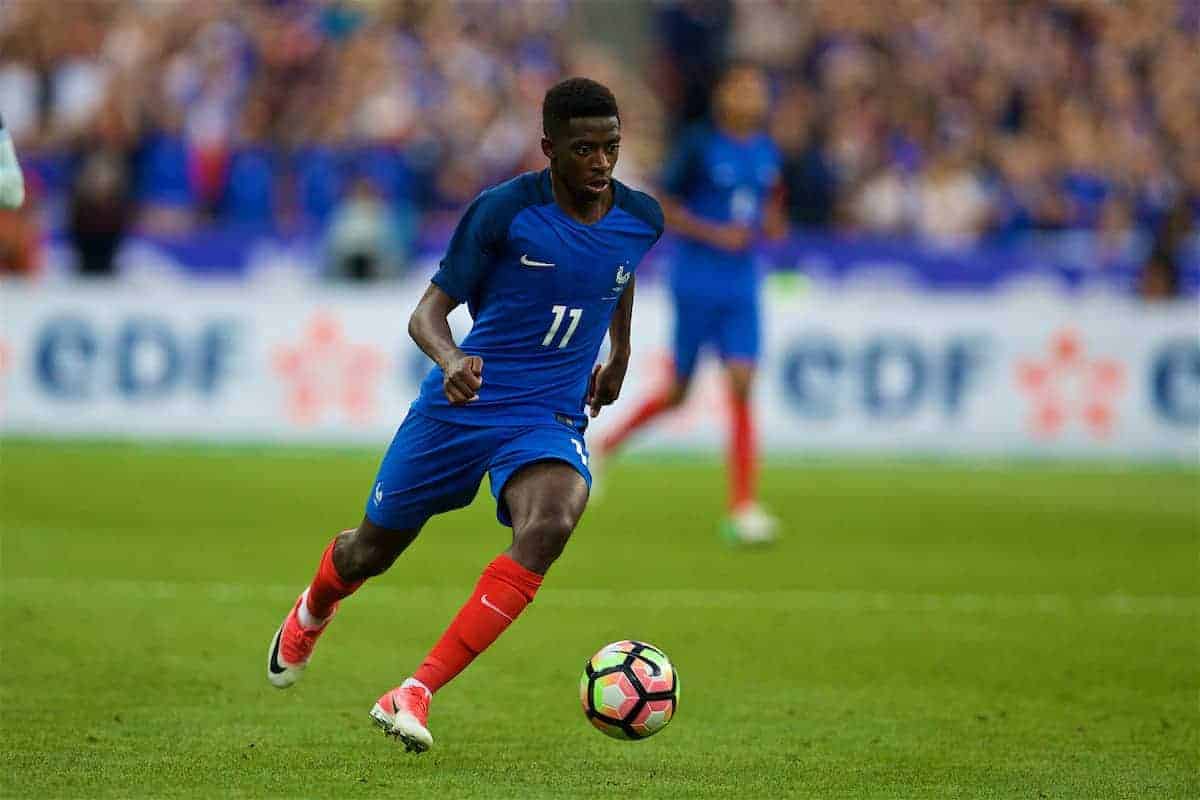 While the Reds were busy on the field at Stamford Bridge in the Premier League clash against Chelsea, reports out of France suggested transfer dealings were afoot.

Two players with long-term links to the Reds surfaced, with Nabil Fekir of Lyon and Barcelona’s Ousmane Dembele the apparent targets.

Klopp was asked about them in his presser—and the initial response of puzzlement and a laugh summed up his feelings on the matter.

“During the game we agreed a deal?! I would be surprised about that to be honest!” Klopp laughed off the suggestion that Fekir was en route—and a similar tone met the rumour of Dembele.

“But no comment. What was the second name? Oh, is he [Dembele] on the market?! Now I’m interested!

“I’m from Liverpool, I never comment on the rumours, already I said much more than I usually say.”

Whether or not the Reds boss has a genuine interest in either player, Goal.com’s Liverpool reporter Neil Jones played down any suggestion of a bid being made.

For what it's worth, I'm told #LFC have not agreed a deal, or even bid, for Nabil Fekir.

Whether they will in the future, your guess is as good as mine right now, but nothing imminent as far as I am aware.

No idea on Dembele – first I'd heard was in the press conference!

A little longer to wait for all Kopites, then, in the matter of summer targets and upgrades.