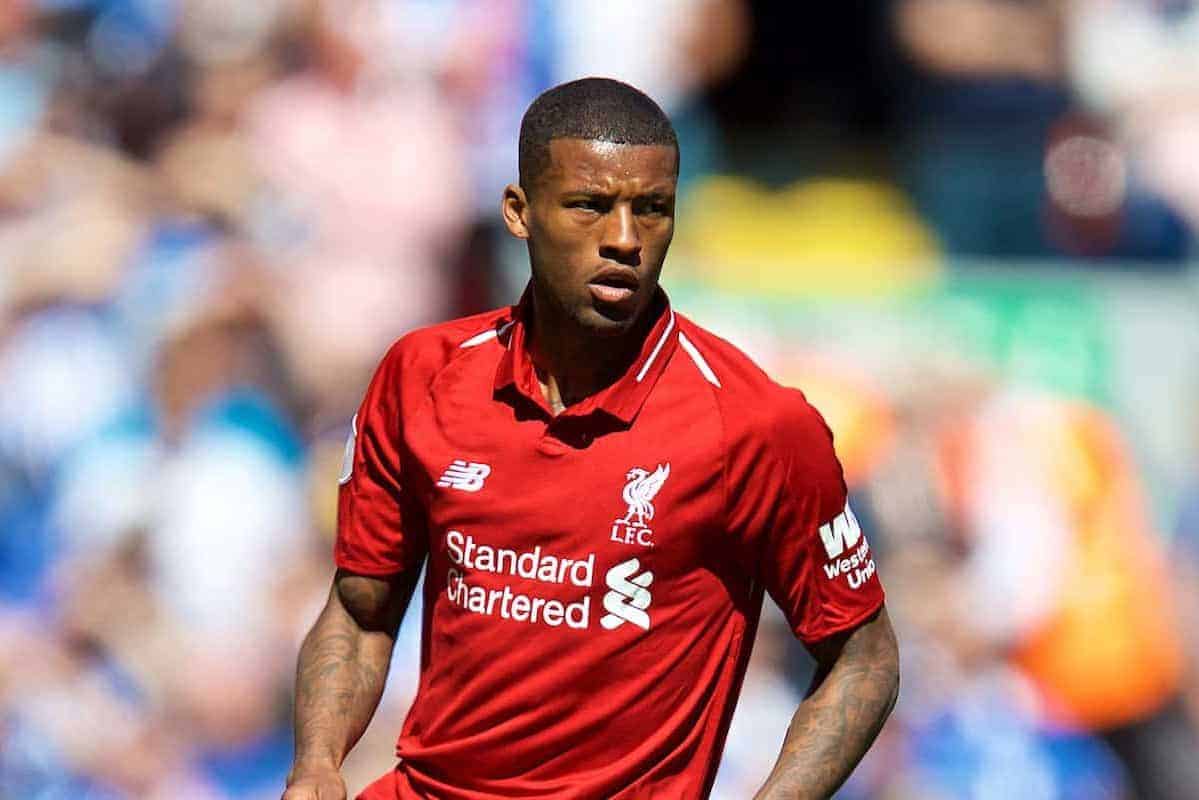 Liverpool midfielder Georginio Wijnaldum admits the dream of joining the ranks of Champions League “legends” is driving the players to succeed in Kiev later this month.

Despite winning the competition five times, Liverpool have been starved of success among Europe’s elite since their last victory in Istanbul 13 years ago.

In Ukraine they face Real Madrid, the defending champions who have won three of the last four finals to extend the club’s all-time record to 12 victories – five more than anyone else.

The Real side already contain their fair share of the game’s greats but Wijnaldum believes Liverpool’s players can write their own piece of history.

“You can put yourself there with legends that won the Champions League. That’s what everyone wants,” said the Netherlands international.

“That is what makes it really exciting for us, because we have the opportunity now to win a big trophy with a massive club waiting for a lot of years for a trophy.

“We are lucky that we can give them one if we win.

“Two years ago it was the Europa League final but the Champions League final is the highest you can play for a club so everyone will look forward to it.

“For a lot of us it will be the first time in the final, so I’m really excited to play in that one.”

Since lifting the Champions League in 2005 Liverpool have won just two trophies, the 2006 FA Cup and the 2012 League Cup, and the weight of expectation of adding to their European haul grows ever greater on Jurgen Klopp’s players.

It is, however, something Wijnaldum believes the squad can cope with.

“The supporters support the club for many years. It’s a big chance for them to win a big trophy, the first in years, so of course you know how important and big it is for them but this is also for us,” he added.

“We have to make it together, support each other and make the chance even bigger to win the Champions League.”

After a couple of days off Liverpool’s players will reconvene for a gentle training camp in Spain, before returning at the weekend to begin preparations in earnest.

Wijnaldum admits it will be difficult to switch off with such a huge game looming on May 26. “To be fair it’s difficult to not think about it because everyone is talking about the final,” he said.

“Even before the Brighton game nobody is talking about that game. When you see people, they were wishing me luck for the final, they didn’t wish me luck for against Brighton.

And what of Madrid?

“Good players, good team. They are really professional, this is their third final in three years so that says a lot about that team,” the 27-year-old added.

“They are used to playing in games like this. It’s going to be difficult but I think that’s something we can deal with.

“You don’t look at the past and say, ‘You know we scored a lot of goals so we are going to create them against Real Madrid’.

“We have to see how we going to perform. The only thing we have to do is play our own game and not be nervous. I think then we will make a chance to win the game.”