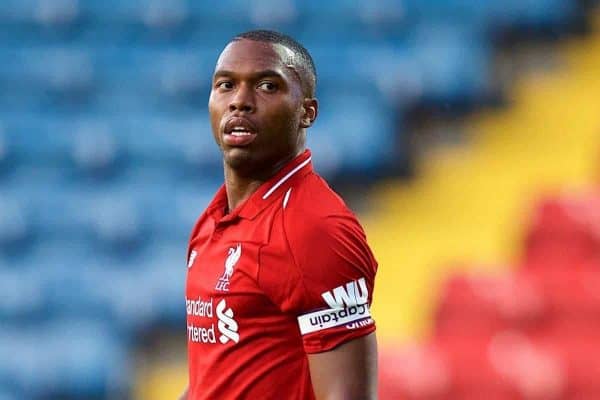 Liverpool’s starting XI has been named by Jurgen Klopp for their sixth pre-season friendly of the summer, against domestic rivals Man City.

Having lost last time out to Borussia Dortmund, Klopp and his players will be hopeful of a return to a positive scoreline—though that remains very much a secondary concern.

The manager has already indicated that several players will begin to play more minutes from this match onward, so a handful could well feature for an hour or so at the MetLife Stadium in New Jersey.

Mohamed Salah and Sadio Mane return to the matchday squad, but both are named as substitutes.

Danny Ings is not part of the travelling squad to the USA, Joel Matip has returned home injured and Xherdan Shaqiri is not involved as he has only just met up with the squad.

The big news, however, is that neither Divock Origi nor Naby Keita feature in the squad. The latter is out with a ‘sore neck’ as a precautionary measure.

Tonight there are plenty of big names called upon by Klopp however, with Loris Karius starting in goal.

The back four has a very solid look about it and could be the quartet which starts the opening game of the Premier League.

Nathaniel Clyne starts on the right, Joe Gomez partners Virgil van Dijk in the middle, while Andy Robertson is on the left.

In midfield, Fabinho will be holding behind James Milner and Gini Wijnaldum.

An attacking line more focused on creativity than pace sees Adam Lallana and Curtis Jones either side of Daniel Sturridge.