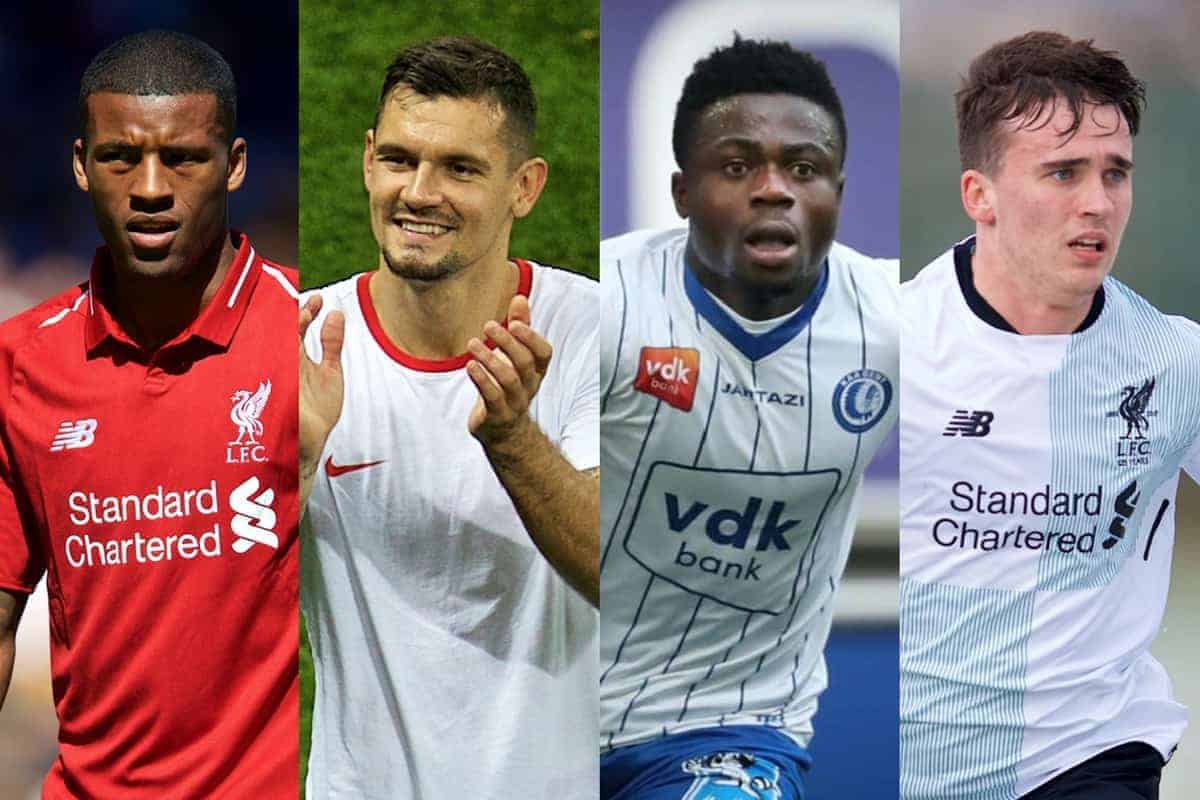 We round up the latest Liverpool news and transfer rumours, as Jurgen Klopp prepares for Bury in the wake of England’s exit from the World Cup. Klopp and Pepijn Lijnders led training at Melwood on Thursday morning as the Reds prepare to take on Bury in their third pre-season friendly on Saturday.

Three players were notable in their absence, however, with Georginio Wijnaldum, Danny Ings and Daniel Sturridge all missing from the 26-man squad.

Wijnaldum has been tentatively linked with a move to Fenerbahce, while both Ings and Sturridge are expected to leave this summer, but they were likely omitted due to fitness issues.

Virgil van Dijk and Joel Matip both trained, however, and could make their first appearances of the summer at Gigg Lane. Though it was heartbreak for Trent Alexander-Arnold and Jordan Henderson, England’s 2-1 defeat to Croatia in their World Cup semi-final was a night to treasure for Dejan Lovren.

The centre-back is primed to become only the fifth player to feature in a World Cup final while at Liverpool, with his performances at the back key to his country’s success.

Commiserations were due for his departing team-mates, but as Lovren revealed after the game, Klopp sent him a special message of congratulations.

“He’s proud of me and what I achieved. He knows what I went through. He’s a good man,” he said.

“Even in tough times, he was always backing me up. I appreciated that.” Liverpool are closing in on a deal to sign Xherdan Shaqiri from Stoke City, with the Swiss winger in line to become the third arrival of the summer at Anfield.

The Reds’ other option was Gent youngster Moses Simon, who told AOI Football that, while there was interest, he is set to remain with the Belgium side at this stage.

“I’m still a player of KAA Gent; obviously, there was interest from Liverpool but nothing is concrete for now,” he explained.

“I’m currently in Holland with the rest of the squad and we are getting ready for the new season. We have a game against PAOK in two days; hopefully, I might play in that one.”

With hopes remaining that a deal for Nabil Fekir can be revived, it is unlikely Liverpool will pursue both Shaqiri and Simon. Liverpool have already seen the likes of Anthony Driscoll-Glennon and Jordan Hunter leave their academy ranks on the expiry of their contracts this summer.

Meanwhile midfielder Isaac Christie-Davies has arrived from Chelsea and Bobby Duncan has left Manchester for Merseyside, with Ajax teenager Ki-Jana Hoever expected to arrive too.

But the Reds could lose one of their most prolific young talents in the near future, with Roker Report claiming that Sunderland are close to luring Liam Millar to Wearside.

He would follow Hunter to the Stadium of Light on a permanent basis, and would initially join Elliott Dickman’s U23s squad with a view to breaking into the first team.

Millar scored regularly for Liverpool’s U18s and U19s last season, before breaking into the U23s side in the second half of the campaign, and it would be disappointing to see him leave. Barry Lewtas‘ work as successor to Steven Gerrard has already begun, with the Liverpool U18s kicking off pre-season with a strong victory over Burton Albion.

The young Reds scored all four of their goals in the first half of a 60-minute clash at Kirkby, with a Tom Clayton header, a Paul Glatzel strike and a brace from Fidel O’Rourke ensuring a 4-0 win.

There is likely to be considerable change at U18 level this season, as players step up to the U23s and Lewtas promotes a host of his former U16s into his squad.