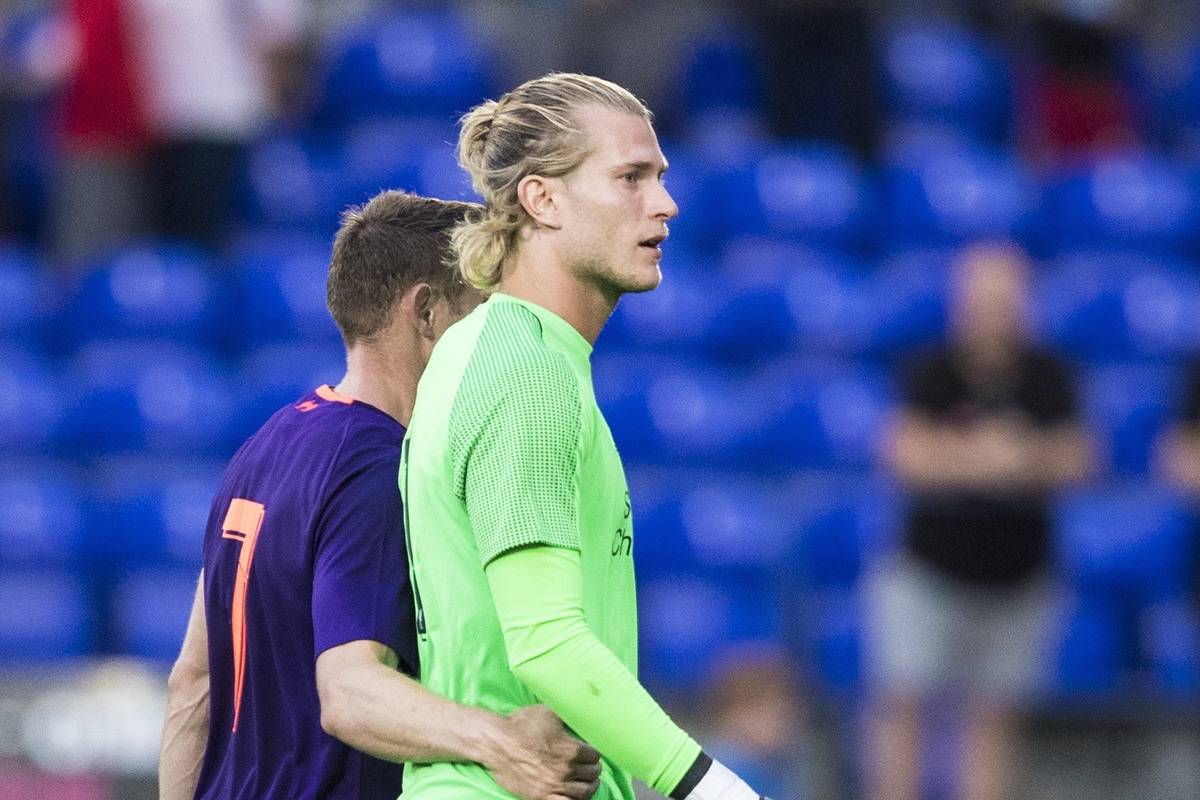 Loris Karius was culpable for Tranmere Rovers’ first goal in Liverpool’s 3-2 friendly win on Tuesday, but Jurgen Klopp deflected blame from the ‘keeper.

The Reds were 3-0 up and cruising when Ollie Norburn’s driven free-kick escaped Karius’ clutches and fell into the path off Jonny Smith for a tap-in.

Another strike from Amadou Soukouna reduced the deficit further, and Karius left the field with his head bowed, consoled by James Milner as he walked towards the tunnel.

But speaking to reporters after the game, Klopp held up mistakes from Milner and Pedro Chirivella in the buildup to Soukouna’s goal in an effort to defend his No. 1:

“It is obvious, we don’t have to hide it. Yes, he could have made that save, even though the ugly shot was not easy to deal with.

“I’ve seen this situation 500 times at least in my life—bam, against the chest, going down. No one likes that in these situations.

“No one likes that goal but if we talk about the second goal I think it was Milly’s fault together with Pedro.

“Two brilliant footballers make this mistake, which one was the bigger? I would say the second goal but we don’t talk about that.

“Now Loris concedes that goal but we cannot start the story always after each mistake.

“Mistakes will happen. I don’t like it, you don’t like it, he doesn’t like it but they do happen so let’s carry on and make the best of all these situations to learn from it. Klopp also offered his stance on how to aid Karius’ recovery from Kyiv, insisting that while media scrutiny was inevitable it would not improve the situation:

“You can all stop it immediately—promise? You never ask again, that would be one little step.

“Yeah, it will probably happen for a while until he has a few fantastic games, that is how the situation is. We cannot change that.

“Our job is to perform and you do what you do and that is part of the deal.”

Little more could be expected from the manager after another difficult night for Karius, but it can certainly be debated whether this is his genuine stance.

Liverpool are widely reported to have pursued another goalkeeper this summer, with Roma’s Alisson the primary target, but a failure to secure a deal has left Klopp to keep faith with his compatriot.

Karius was ironically cheered when he made simple catches at Prenton Park, and the anxiety within the crowd following his error highlighted a mountain he needs to climb in order to succeed.

It is questionable whether the German can do so, but with Danny Ward pulling off an excellent save in the first half Klopp could be considering handing a bigger opportunity to the Welshman.