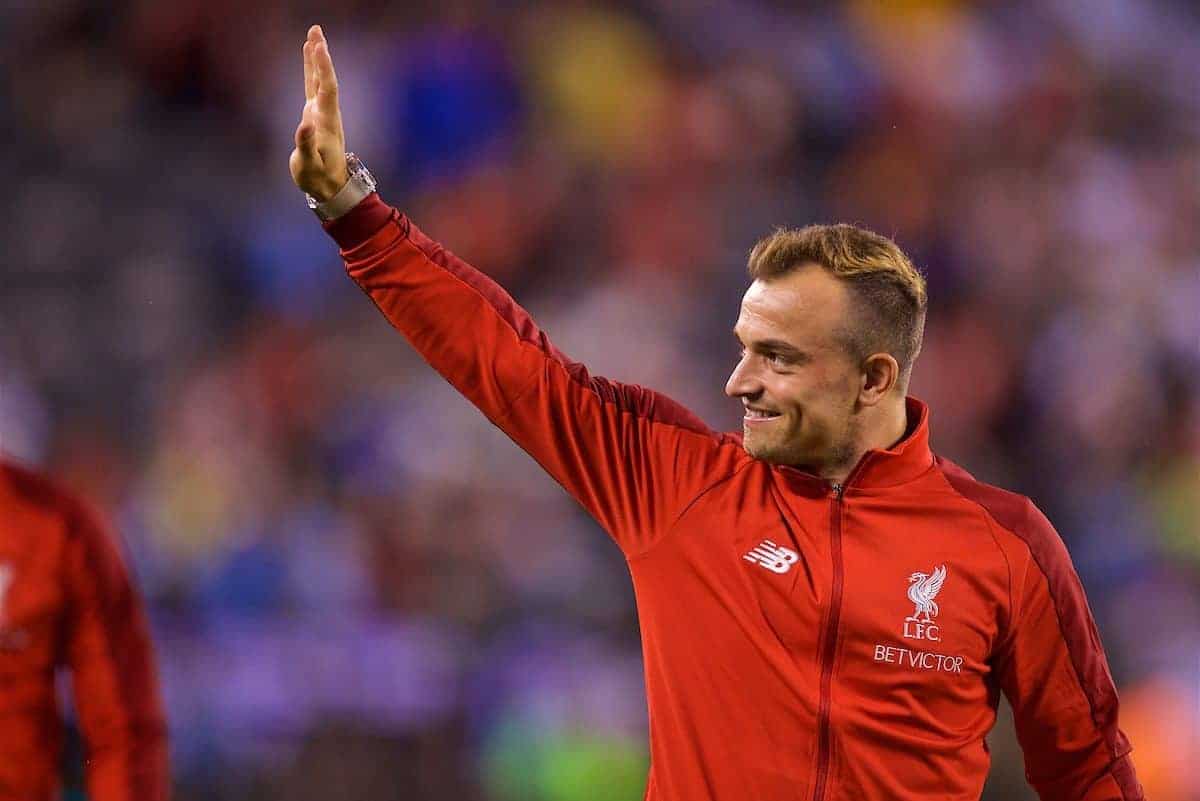 Jurgen Klopp believes Xherdan Shaqiri will provide Liverpool with a like-for-like alternative to Sadio Mane and Mohamed Salah after his £13 million arrival.

Shaqiri became the third signing of the Reds’ summer when he completed the move from Stoke City earlier in July, but is yet to make his first appearance.

The Swiss has linked up with his new team-mates in the United States, however, and joined his first training session with the squad on Wednesday.

He sat out of the 2-1 victory over Man City in the early hours of Thursday morning, and saw Mane and Salah’s game-changing introduction from the substitutes’ bench firsthand.

Speaking after that pre-season win at the MetLife Stadium, Klopp told The Redmen TV how his wingers’ influence on the result was vital, and that Shaqiri “offers exactly that” from the bench.

“I’m really happy that we have Shaq,” he told Paul Machin.

“Because sitting on the bench he offers exactly that as well, that’s what you need: to play football between the lines.

“We didn’t have one offer in behind in the first half, so it meant Man City could defend [compact]. 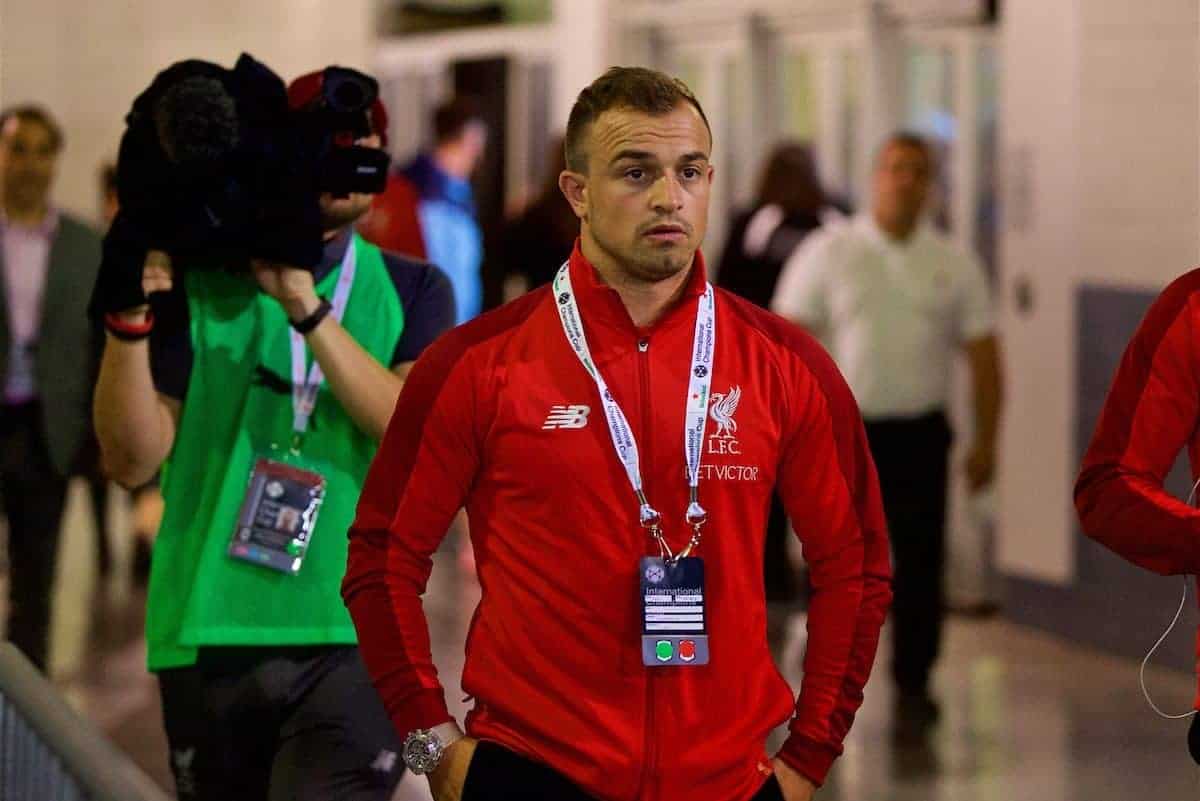 As Klopp attests, Shaqiri provides an alternative for Mane and Salah that Liverpool were lacking last season, with the likes of Danny Ings and Dominic Solanke struggling to fill in.

With Daniel Sturridge also set to take up a first-team role under Klopp again this season, the Reds’ attacking options are considerably more impressive.

Though Klopp has claimed there will be no further incomings at Anfield this summer he has targeted another versatile attacking midfielder, with a deal for Nabil Fekir falling through.

If Liverpool are able to identify another candidate, capable of taking up a regular berth at the tip of the midfield as well as cover out wide, their depth will be impressive.

Regardless, Shaqiri’s signing could prove to be an excellent piece of business, allowing the Reds to break down deep-sitting defences without solely relying on the movement of Mane and Salah.

The Switzerland international is expected to make his debut against Man United on Saturday.