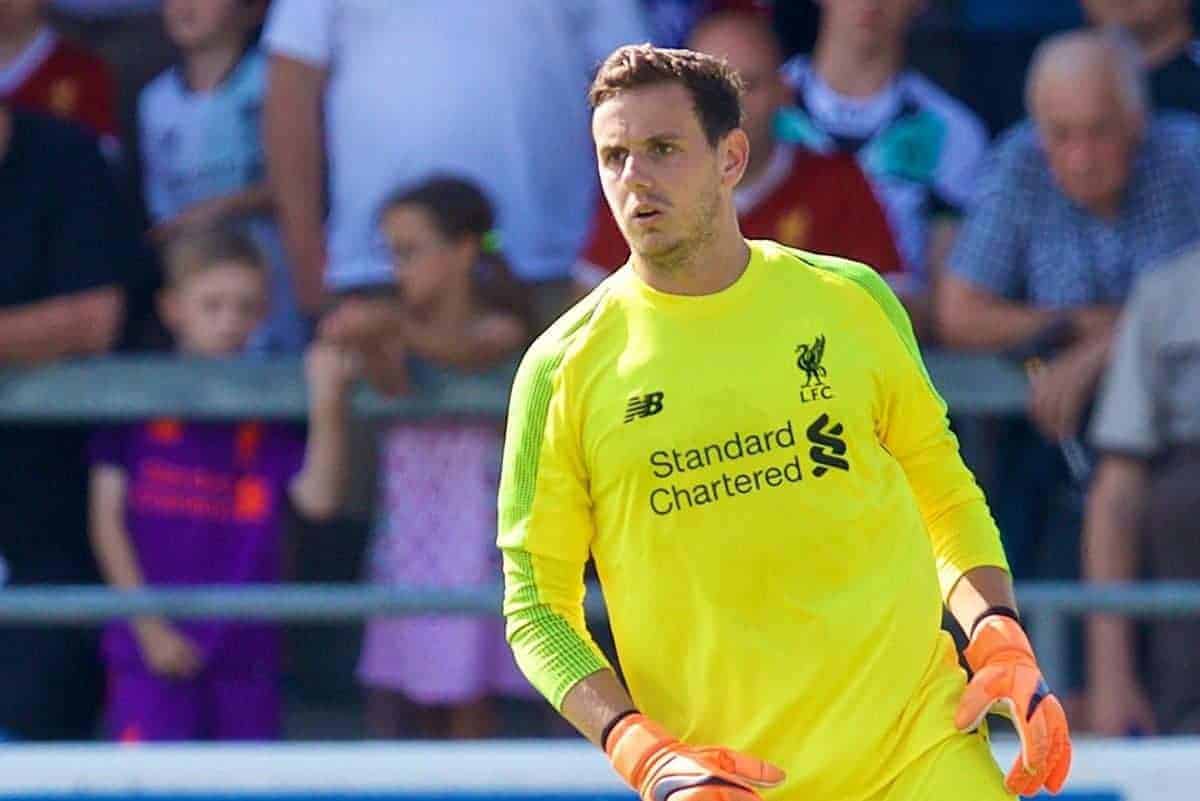 Danny Ward is expected to be given a big chance to stake his claim to be Liverpool’s No. 1 goalkeeper as Jurgen Klopp assesses his options.

Ward has played 45 minutes in each of the Reds’ two pre-season games so far, and is yet to concede after producing two impressive displays on the road.

The Wales international started in Tuesday night’s 3-2 victory over Tranmere Rovers, with Klopp’s side conceding twice after Loris Karius‘ introduction after half-time.

A shaky performance from Karius, including a spilled free-kick that led directly to Jonny Smith’s goal, revived concerns over his long-term prospects on Merseyside.

That outing at Prenton Park was reminiscent of Karius’ nightmare at NSC Olimpiyskiy in the Champions League final, where costly mistakes handed Real Madrid two of their three goals.

Though Karius suffered concussion that night in Kyiv, his response to a poor reception in midweek suggests he lacks the mental fortitude required to recover.

And according to the Liverpool Echo‘s Ian Doyle, Ward is set to benefit as Klopp runs the rule over a possible new first-choice goalkeeper.

With a move for either Roma’s Alisson or Atletico Madrid’s Jan Oblak highly unlikely, and Simon Mignolet poised to leave the club, Ward is the only other senior option available.

His efforts in the opening two friendlies of the summer highlight real quality in the 25-year-old, and Doyle writes that he “is understood to have raised his levels at Melwood in recent weeks.” Speaking towards the end of last season, Klopp described Ward as “the best No. 3 in world football” and “an old-school British goalkeeper, talking-wise.”

“I learned a lot of words only listening to Wardy in training sessions!” he joked.

“I’m really happy to have him around, he’s a fantastic boy in the middle of the group.”

Ward has only made three appearances for the first team so far, having spent 2015/16 on loan at Aberdeen and 2016/17 with Huddersfield Town, along with a brief spell at Morecambe in 2015.

But his ability is clear, and his communication with the back four should be crucial as Klopp looks to solve a long-term problem position.

It remains to be seen whether the manager has truly given up hope with Karius, though his approach so far suggests that won’t be the case.

Nevertheless, the prospect of Ward providing genuine competition is a positive one for Liverpool, and it will be interesting to see how he fares in the coming weeks.