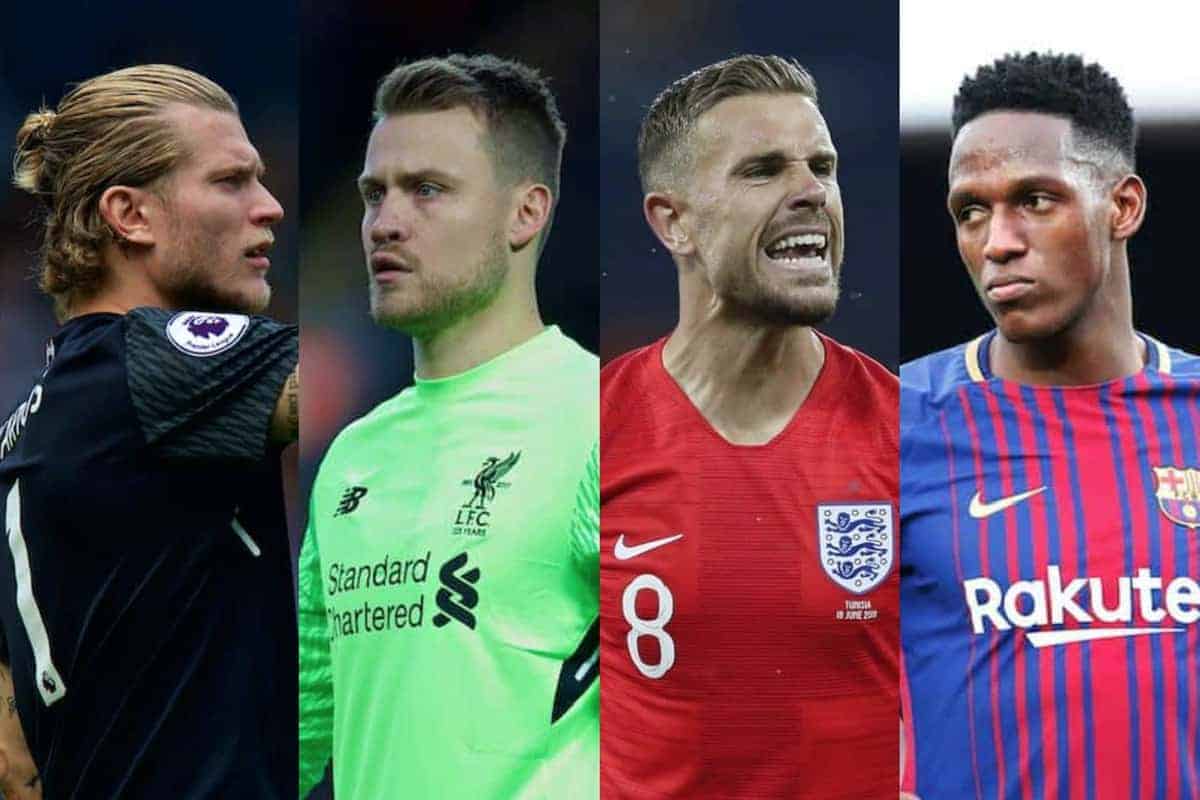 We round up the latest Liverpool FC news and transfer rumours on Thursday, as five prepare for the World Cup quarter-finals and pre-season continues. The longer this summer goes on, the more it looks as though Loris Karius will start the season as first-choice goalkeeper.

Interest in primary targets Alisson and Jan Oblak has cooled and the Mirror‘s David Maddock believes Jurgen Klopp is “ready to disappoint—and shock—Liverpool fans by reiterating his faith” in the 25-year-old.

It is thought that Klopp knows a section of the fanbase will respond badly, and realises it is a risk, but he looks set to show faith in his under-fire compatriot.

Klopp will only sign players that he legitimately believes will improve the team and if he can’t get Alisson or Oblak, Karius being first choice looks highly likely. UEFA have made a major change ahead of next season’s competition, it was confirmed on Thursday.

Should matches go into extra-time a fourth substitute will be allowed, as is the case at this summer’s World Cup in Russia.

The rule will also apply in the Europa League, UEFA Super Cup, Euro 2020 and women’s competitions.

Liverpool will be looking to go one better in Europe’s top club competition in 2018/19, having reached the final in May.

That fourth substitute should make a difference, when legs are tiring and teams are in need of an injection of energy. It would be a major surprise if Simon Mignolet was still a Liverpool player next season, with the Belgian almost certain to leave this summer.

According to Turkish publication Takvim, the 30-year-old is being targeted by Turkish giants Fenerbahce, as they look to bolster their squad.

Sporting director Damien Comolli, formerly of Liverpool, is a keen admirer of Mignolet and his connections at Anfield could make a move likely.

Mignolet has experienced five up-and-down seasons with the Reds and it is time for a fresh challenge.

Jordan Henderson could so easily have been England’s fall guy on Tuesday night, following his penalty miss in the shootout against Colombia.

Fortunately, the 28-year-old was bailed out by fellow Sunderland-born team-mate Jordan Pickford, with the Three Lions eventually progressing to the World Cup quarter-finals.

Henderson says he would be take another if asked:

“I just went through the process that I normally do, that I’ve been working on.

“Maybe it was a good height for the ‘keeper—if anything, it needed to be higher or lower—but in penalties you can miss or there can be a good save. Thankfully the lads dug me out.

“It wouldn’t put me off taking another but it might put Gareth off. I’d take another one but obviously it’s down to the manager. I would understand if he chose someone else.”

Gareth Southgate will be hoping Henderson isn’t needed to take another spot-kick, however, following the unbearable tension of the Colombia game. One of the most influential performers in England’s feisty clash with Colombia was Yerry Mina, who scored his third goal of the World Cup and impressed all night.

The towering Barcelona centre-back has been rumoured to have been attracting interest from both Liverpool and Everton, but those claims could be wide of the mark.

The Mirror‘s David Anderson took to Twitter on Thursday to deny the Reds’ apparent interest, saying:

“I understand Liverpool are not interested in Yerry Mina. But Everton are and could make a loan offer for the giant Colombia who is unwanted at Barcelona after just seven months there.”

To be fair, he would be an excellent signing for Everton—it seems strange that Liverpool aren’t considering a bid themselves.

Football is definitely changing when it comes to broadcasting, with Amazon recently breaking the Sky-BT dominance, with the company set to show 20 live matches a season from 2019.

According to the Times, Facebook has also got in on the act, with “the social media giants winning exclusive rights to show live matches in large parts of Asia from 2019,” including Thailand, Vietnam, Cambodia and Laos.

The three-year deal runs until 2022 and is worth a reported £200 million, which is a seismic moment that outlines Facebook’s future intentions.