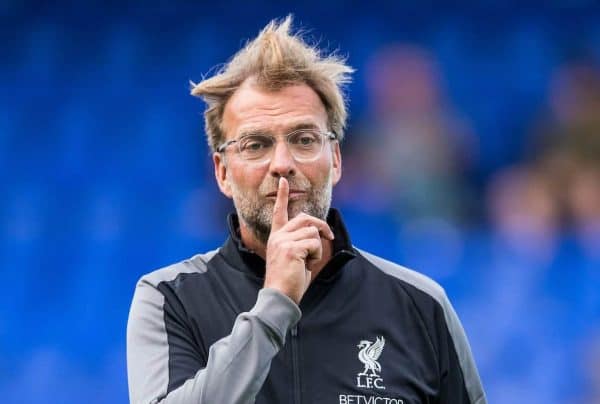 Liverpool FC: Building a squad for 2018/19 – debating the ins, outs and loans

Liverpool’s 2018/19 squad is looking strong, and with less a month of the transfer window left it looks to be a busy few weeks ahead.

Jurgen Klopp has added Naby Keita, Fabinho and Xherdan Shaqiri so far, and is said to be targetting a goalkeeper and a ‘No.10’ – with Roma’s Alisson and Lyon’s Nabil Fekir seemingly the first-choice options for each.

Meanwhile, there is expected to be a host of departures either on loan or permanently, chief among them Harry Wilson, Danny Ings and Simon Mignolet.

We got the views of four This Is Anfield regulars, Matt Ladson, Karl Matchett, Jack Lusby and Chris Williams, on who they would sell, buy and loan this summer.

Note: We answered these last week, before developments on Alisson, and Wilson was loaned.

Fekir – seemingly the ideal No.10
A centre-back – Mina, Lascelles or someone else who can upgrade on Matip and be less injury prone
A keeper – I’d pretty much take anyone; if Alisson & Oblak are ruled out then I’d be fine with Cillessen arriving. Obviously Alisson is the first choice.

I’d also let Matip and Lallana go if the above players are signed. Neither would be needed, both are injury prone, sell while they have a re-sale value.

Karius needs some time away from the club and the spotlight, the rest will all struggle for playing time if they stayed.

That gives us a pretty well balanced 26-man squad, well stocked in all the key areas.

Alisson – Despite concerns over his World Cup form, he’s still the ideal No. 1.
Jamaal Lascelles – A dependable, homegrown centre-back, and a real leader.
Nabil Fekir – Like Alisson, there’s a reason he was identified as a key target.

A solid senior squad with top-class options in every position, strong cover in key areas and, in Grabara, Jones, Brewster and Camacho, the best youngsters fleshing out the ranks.

Guedes: Such a high ceiling, can play wide or as a No. 9 or even in a four-man midfield such as we’ve seen this summer.

Cillessen: Other than Jan Oblak, he’s the right choice for the Reds this summer.

De Ligt or Mina: A centre-back is an extra, not a necessity, but these would be my preference if any come in. Not bothered if they don’t this summer.

Young, powerful, technically good and aerially strong are the requirements—basically what we’ve all hoped Joe Gomez would be. Perhaps we don’t buy one and he does turn out to be this one in the end.

Sturridge is the only one there who has anything to offer the Reds with regularity going forward, but only if we regularly play a two in attack.

We can’t just bin off Karius and he isn’t ready to be our first choice, so a loan to regain composure, self-belief and transfer value is the best bet.