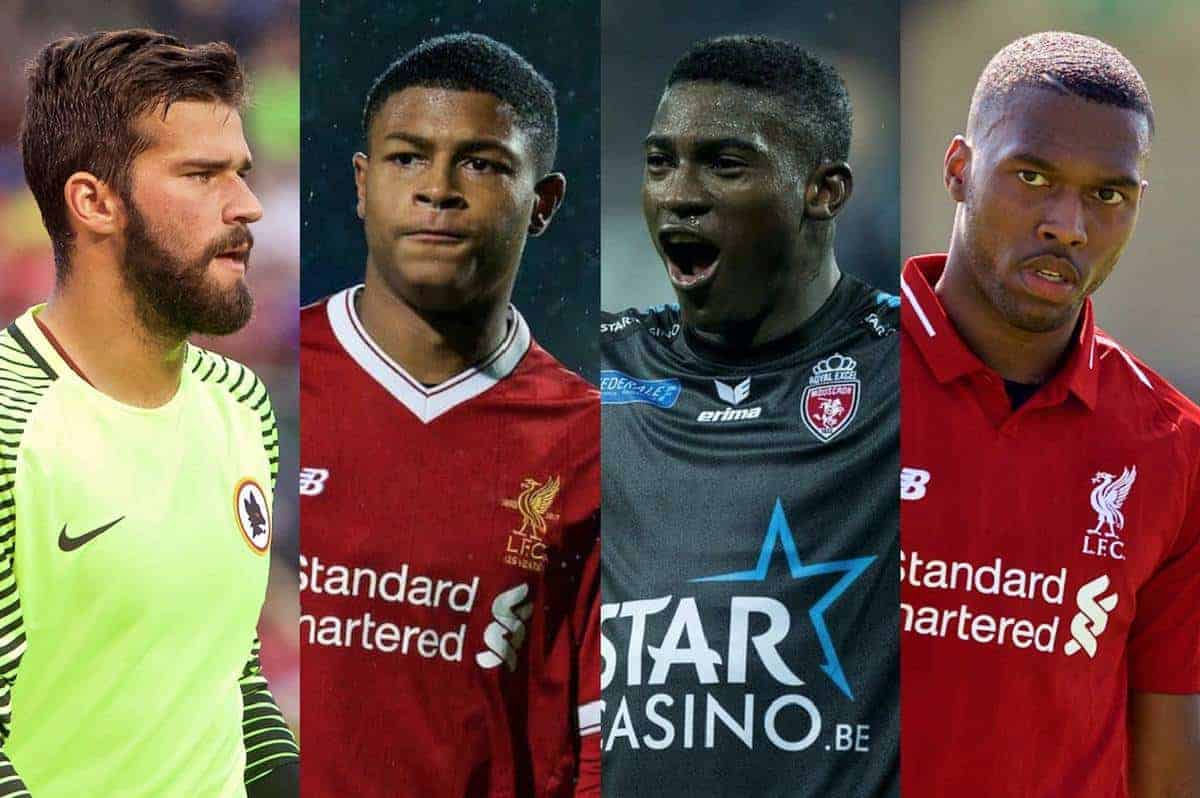 We round up all the latest Liverpool news and transfer rumours on Tuesday, ahead of the final pre-season friendly before the Reds’ tour of the US.

Journalists confirmed a major development in Liverpool’s pursuit of Roma goalkeeper Alisson on Tuesday, with a bid worth around £62 million submitted.

The Serie A side are believed to be holding out for £66.6 million, but the two clubs are in advanced talks with Alisson open to a move to Merseyside.

It remains to be seen whether either Chelsea or Real Madrid join the pursuit, but at this stage the Reds seem to be at the front of the queue.

Despite a host of sources from Italy and widespread reports from the likes of the Telegraph and the Liverpool Echo, however, Sky Sports report that Liverpool have denied making an offer.

This is a strange stance to take, but it should be noted that the club would not confirm a bid themselves—and Sky’s betting market could be a factor in their claim.

Liverpool striker Taiwo Awoniyi signed a new long-term contract on Tuesday evening, and the club are hopeful Rhian Brewster will put pen to paper this week.

That is according to Goal’s Neil Jones, who adds that Awoniyi is in line to depart on loan, with the Nigerian striker yet to obtain a work permit to play in the UK.

Brewster has already agreed terms with the Reds but is yet to finalise his deal, but there is little concern over his future after interest from a host of Bundesliga clubs faded.

Neither Brewster or Awoniyi will join Klopp’s squad in the United States, with the former remaining on Merseyside to continue rehabilitation for knee and ankle injuries.

Daniel Sturridge‘s future is still up in the air this summer, but the striker is still playing a key role in welcoming Fabinho and Naby Keita to the squad.

Speaking to LiverpoolFC.com this week, Sturridge explained his relationship with the duo, and hinted at a possible stay beyond the end of the summer.

“I’m sat next to Keita in the changing room so we share a lot of jokes together,” he said.

“Fabinho is a really good guy too. Both are settling in very well and are really good additions to the squad.

“We’re taking [pre-season] one step at a time and building a good foundation for the season ahead.

“We’re looking forward to what will hopefully be a successful one and everyone is excited about it, including myself.”

Andy Robertson has been in impressive form so far this pre-season, slotting back in seamlessly in his first full summer of training under Klopp.

The Scot arrived after the Reds’ tour of the Far East last year, meaning his involvement in the International Champions Cup will be his first long-haul tour with the club.

And Robertson is looking forward to the trip, telling LiverpoolFC.com it will be great to experience the North American support, and aims to use the trip to boost his fitness.

“It’ll be something new for me, I’ve never been to America,” he said.

“I’m looking forward to it, we’ve got three big games over there and I’m sure the stadiums will be packed and it’ll be brilliant.

“We’ve got games over here first, so we’ll concentrate on them and get our fitness up and then in America we’ll probably turn it up a bit.

“Three big games and I’m sure the training in the heat will be big for us and then we’re not that far away from the start of the season.”

Barry Lewtas’ Liverpool U18s kicked off pre-season with a 4-0 win over Burton Albion at Kirkby last Thursday, with Paul Glatzel, Fidel O’Rourke and Tom Clayton on the scoresheet.

And they built on this with an impressive 3-0 victory on Tuesday, with goals from Luis Longstaff, Jack Walls and Jake Cain dispatching of Blackpool.

The young Reds will now travel to Hungary later this week, and will take on MTK Budapest in another friendly clash on Saturday.