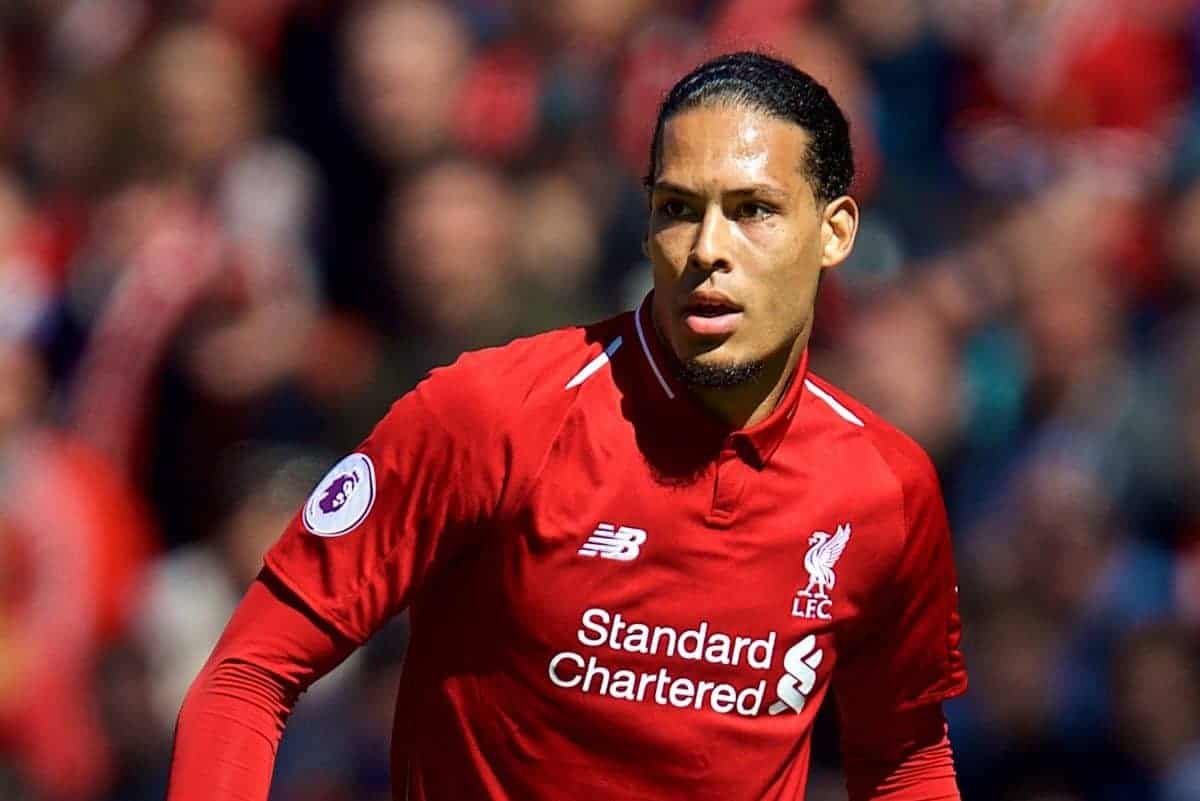 Virgil van Dijk is setting out to improve on his maiden half-season with Liverpool in 2018/19, both on a personal level and with the team.

Van Dijk became the world’s most expensive defender in January when he left Southampton for Anfield in a £75 million deal, and he proved to be worth every penny.

In 22 appearances for the Reds, the Dutchman has showcased his dominance and leadership, with his all-round quality establishing him as one of the best centre-backs in Europe.

That he managed to perform to such a high standard despite having missed pre-season with Jurgen Klopp is a testament to his ability.

But having returned to Melwood this summer on his 27th birthday, Van Dijk told LiverpoolFC.com that he is eager to build on last season’s top-four finish and Champions League runners-up medal by developing his own game:

“Like I said when I arrived, I want to achieve everything possible with this beautiful club.

“We’re going to work our socks off and do everything possible to make it happen this season.

“We were very close to silverware but obviously not close enough.

“I can improve in any aspect of the game. At the moment, it’s getting back to full fitness, making sure I’m getting better and stronger than I was before.

“I will work every day and do everything possible and no doubt it will happen.” Van Dijk’s eagerness to develop his game despite his status as one of the standout talents in his position should be lauded, and his performances this season will be heavily anticipated.

Having enjoyed an extended break following the Netherlands’ post-season friendlies, Van Dijk and Georginio Wijnaldum returned for pre-season later than many of their team-mates.

The duo reported back on Sunday, following Liverpool’s 7-0 win over Chester, and though the Reds are next in action at Tranmere Rovers on Tuesday night they are unlikely to feature.

“If everything goes well, hopefully next weekend I’ll get my first minutes of the season. We’ll see,” Van Dijk explained.

“I’m just happy to be back and now we can get back to work. We have great games coming up and we’re going to work very hard. I’m looking forward to it.”

At Deva Stadium, Joe Gomez partnered Nathaniel Phillips at the back in the first half before an unorthodox pairing of Ragnar Klavan and Pedro Chirivella took to the field after the break.

With Joel Matip likely to make his comeback this week, too, Klopp’s centre-back options could be significantly boosted in Bury.