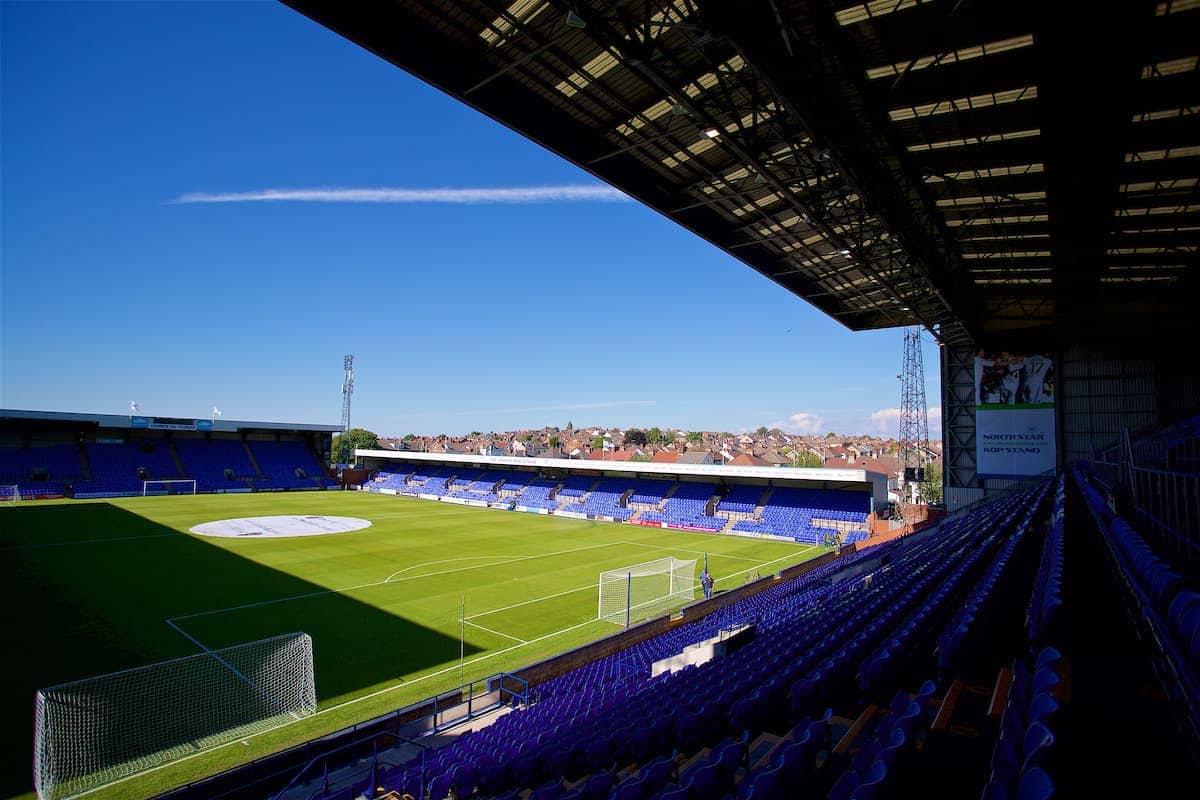 Here’s how to watch Tranmere Rovers vs. Liverpool in their latest pre-season friendly on Tuesday (7.30pm BST), live online and on TV around the world.

After an impressive start to the summer with a 7-0 victory at Chester on Saturday, the Reds will be looking to continue their run with another strong display in Birkenhead.

Some of Jurgen Klopp‘s players will be more familiar with Prenton Park than others, with Tranmere’s ground also home to the Liverpool U23s.

The likes of Nathaniel Phillips, Ben Woodburn, Harry Wilson, Curtis Jones and Rafa Camacho should all feature tonight as the manager eases his squad back into action.

Tranmere, back in League Two after a successful campaign under Micky Mellon last time out, present a tougher challenge than Chester, and this midweek clash should be an interesting test for new faces Fabinho and Naby Keita.

Tranmere Rovers vs. Liverpool is being shown live on LFCTV, which is available to live stream through LFCTV GO here. The Reds’ second pre-season friendly clashes with the first World Cup semi-final between France and Belgium, live on ITV1 for UK viewers, with England finding out their opponents in either the final or the third-placed playoff.

With the Three Lions taking on Croatia on Wednesday night, Liverpool’s trip to Prenton Park was rescheduled to 24 hours earlier, but there is still some Reds interest in St Petersburg.

Simon Mignolet is yet to play a single minute in Russia, and is unlikely to do so at this stage, but the goalkeeper will be hoping his side can reach the final by taking down one of the tournament favourites.

In the France squad, the likes of Benjamin Pavard and Nabil Fekir will be worth watching, having been linked with moves to Merseyside—though with varying degrees of legitimacy.

However, with England not in action until the following night, the focus should now be on Liverpool’s fortunes at Tranmere.

This is Anfield will have full coverage online here and through the app here.