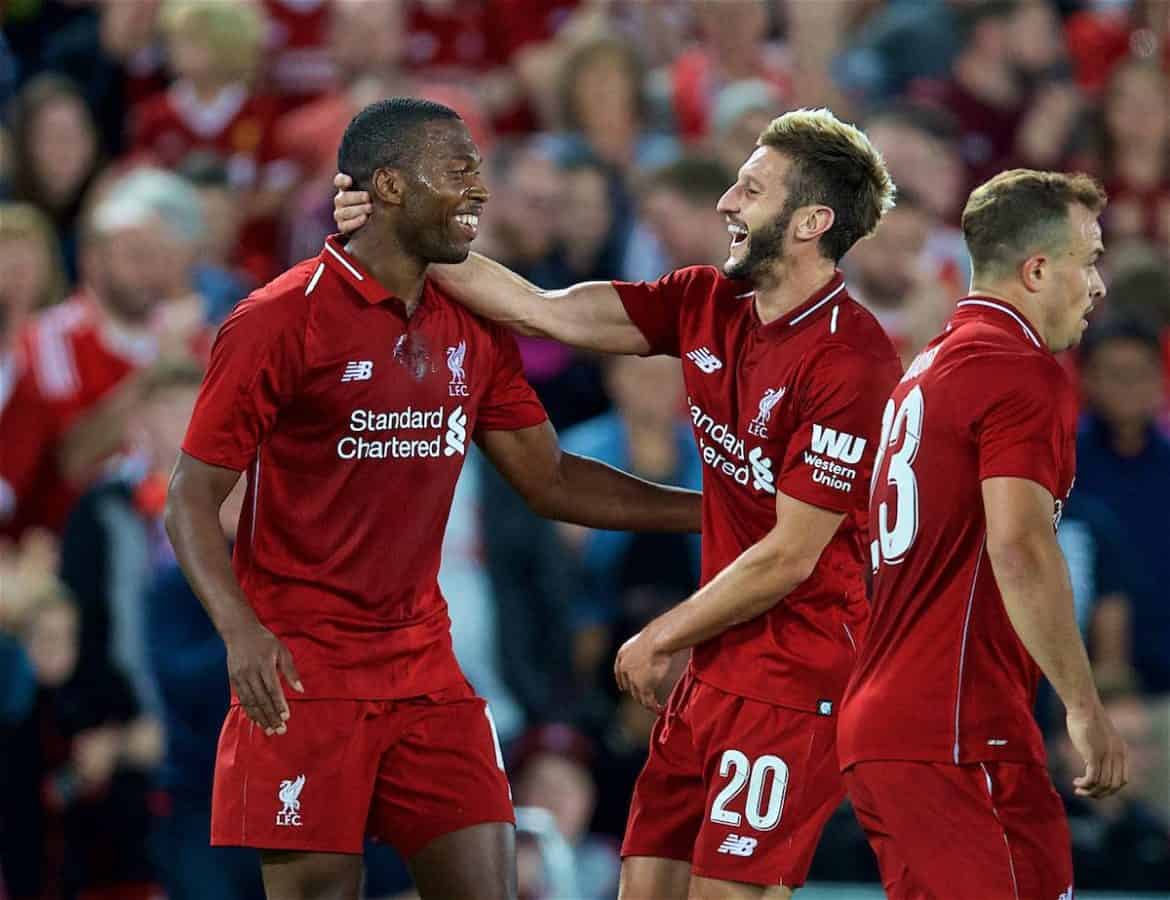 Liverpool concluded their pre-season preparations with a 3-1 victory over Torino at Anfield, with Gini Wijnaldum receiving plaudits for another classy display.

Liverpool brought an end to their pre-season preparations with a 3-1 over Torino in their first outing at Anfield for the season.

Jurgen Klopp’s men dominated the early proceedings, with Roberto Firmino’s first of the summer handing the Reds the lead before Wijnaldum scored in his second successive game to double the lead three minutes later—with Andrea Belotti pulling one back for the visitors before the interval.

Seven changes after half-time offered the final chance for a number of players to stake their claim for a place in squad to face West Ham, with the return of Jordan Henderson and a late goal from Daniel Sturridge the standout moments in a relatively uneventful second 45.

Wijnaldum left Reds wanting more after breaking off the shackles…

The new midfield looks like it could be the making of Wijnaldum. He arrived at LFC as a very good attacking midfielder and he's showed a lot of quality in that area during pre-season.

Wijnaldum the man of the first half for me. Should’ve scored twice rather than once, but his runs from midfield have been excellent. It’s easy to forget that he can be very, very good. The challenge is to make himself that level every week.

Excellent finish from Wijnaldum for Liverpool's second, and his touch from a long pass was crucial to creating the first. Underrated player, for me – will be especially important in the absence of Oxlade-Chamberlain.

“I hope we can have this new Wijnaldum for keeps!”

Big fan of this version of Gini.

This Gini is the player I want to see. Great movement, surging runs, a genuine threat. Playing this way he has the potential of being a key man.

Liverpool’s youngsters continue to make the most of their chances…

When did Nat Phillips become the best ball-playing CB in the world? Great ball in the lead up to that goal

Nat Phillips is a proper good player isn't he?

Phillips initial reaction to conceding the goal is exactly what I want to see, even in a preseason friendly he’s clearly not okay with conceding a goal.

Over the years we’ve had a lot of defenders who couldn’t care less.

This midfield combination has a really nice balance to it. Fabinho anchoring, allowing Keita & Wijnaldum the freedom to burst forward and link up with the attack. Would like to see this trio start vs West Ham on Sunday.

“We need a CB before the window closes. Even just a squad one. We’re an injury to VVD away from dipping in to the U15s!”

“Not sure Shaqiri knows he here to just be a back up, lovely assist. Great pre-season, Great transfer business and now onto the real deal …exciting times!!”

Ngl i'm quietly confident about this season. Not saying anything yet because in the end it is Liverpool Football Club but really feeling confident atm.

So excited for the season watching this Liverpool team. Not saying we're gonna win it all or whatever but my god they're going to be such an entertaining side to watch. Bring on the season already! #YNWA