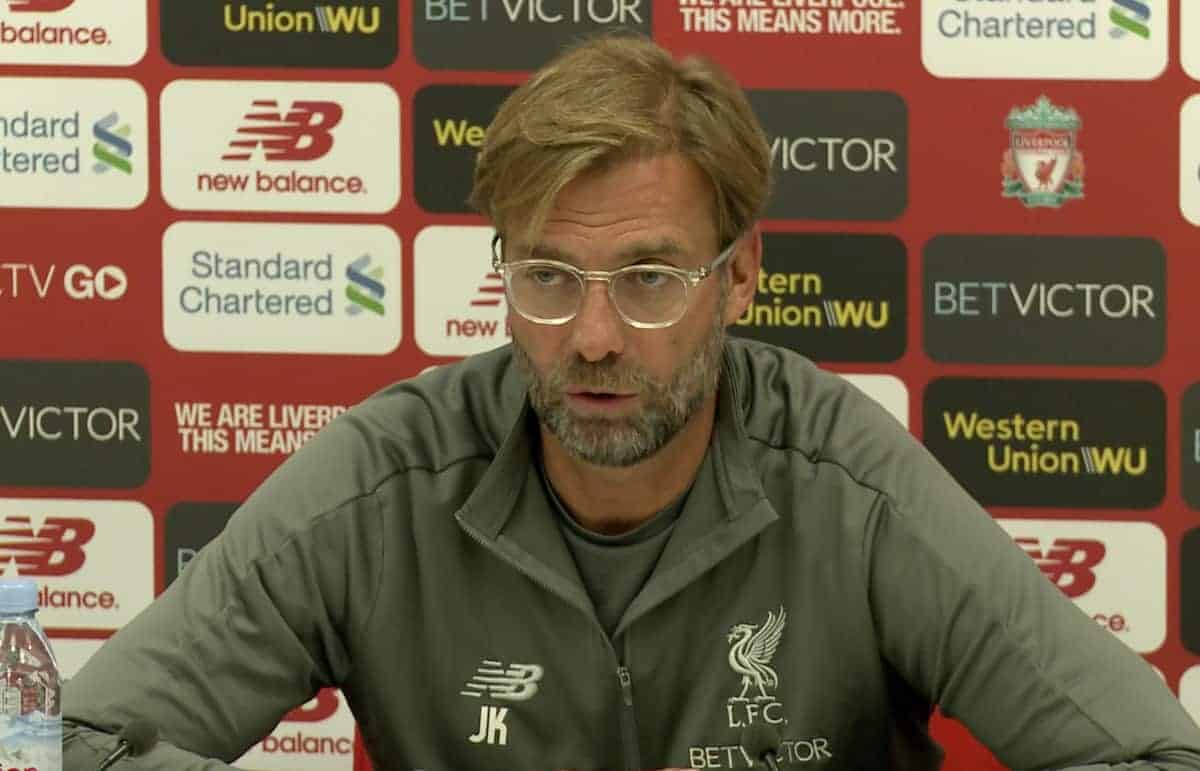 Jurgen Klopp spoke to reporters at Melwood on Friday afternoon, to preview Liverpool’s latest Premier League clash at home to Brighton on Saturday.

The Reds take on the mid-table hopefuls at Anfield as they look to extend their winning start to the season.

Chris Hughton’s side suffered a 4-0 loss in the same fixture on the final day of 2017/18, but have strengthened considerably over the summer, including former Mainz centre-back Leon Balogun.

The Nigerian is expected to come in for his full debut at the weekend due to injury to Lewis Dunk, and despite Brighton losing the defensive leader, Klopp anticipates a fierce test.

“It’s just a very good team, I really respect a lot what Chris is doing there,” he explained.

“[It was] not only the United game—we of course used that for our analysis—so we are warned.

“We have to be awake, 100 percent spot on. We have to really be ready for work.

“Hopefully our crowd will be on their toes and create a good atmosphere. We have to deliver a proper fight, that’s what we want.”

Klopp also discussed James Milner‘s longevity, saying “age is for sure no issue,” and provided an update on the fitness of Dejan Lovren, with the Croatian expected back after the September international break.

Liverpool are in great shape heading into the weekend, and with another two of their rivals facing off on Monday night as Man United host Tottenham, they can look to make further headway in the title race.

The manager is right to not underestimate Brighton, however, after witnessing their impressive 3-2 win over United last time out.