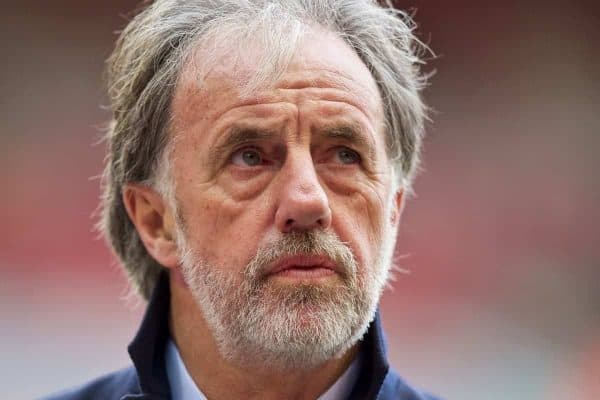 Mark Lawrenson has revealed how a keen-eyed Football Focus viewer alerted him to a patch of cancerous skin on his face.

BBC pundit Lawrenson, 61, has been given the all-clear following two operations to remove the blemish.

The former Liverpool defender said waiting for the verdict the cancer had not spread felt like a “Sword of Damacles” moment.

Lawrenson said on the BBC Sport website: “Towards the end of last season, the editor of Football Focus received an e-mail from a viewer saying they had seen me on TV and noticed I had a bit of dark skin on the left side of my face.

“Their message was I needed to get rid of it, or at least get it checked out urgently.

“I was already aware of the blemish and was planning to get an appointment about it but, like a typical 60-year-old bloke, I had been putting it off rather than sorting it out.

“That e-mail was the kick up the backside I needed. I went to get it looked at immediately, and it was cancerous so I had it whipped out straight away.

“I would urge anyone with any similar doubts about a mark on their skin not to wait, and to do the same.”

Lawrenson was referred to Ormskirk Hospital, and had an operation at the start of June before undergoing a follow-up procedure on the malignant growth at Whiston Hospital last month, after which he was eventually given the all-clear.

The BBC is trying to track down the eagle-eyed viewer. Lawrenson said he “would love to be able to get in touch to thank them” and would “owe them a massive beer.”

The 61-year-old worked as a co-commentator for the BBC during its World Cup coverage at Russia 2018 and continues to appear on Match of the Day alongside presenter Gary Lineker.

Lineker responded to Lawrenson’s tweet by saying: “Great news, Lawro,” while BBC commentator Steve Wilson added: “Delighted Lawro. Can’t begin to think what that must have been like for you. Draw a line.”

He had spells as a manager at Oxford and Peterborough before starting a media career and is a regular co-commentator on BBC 5 Live.