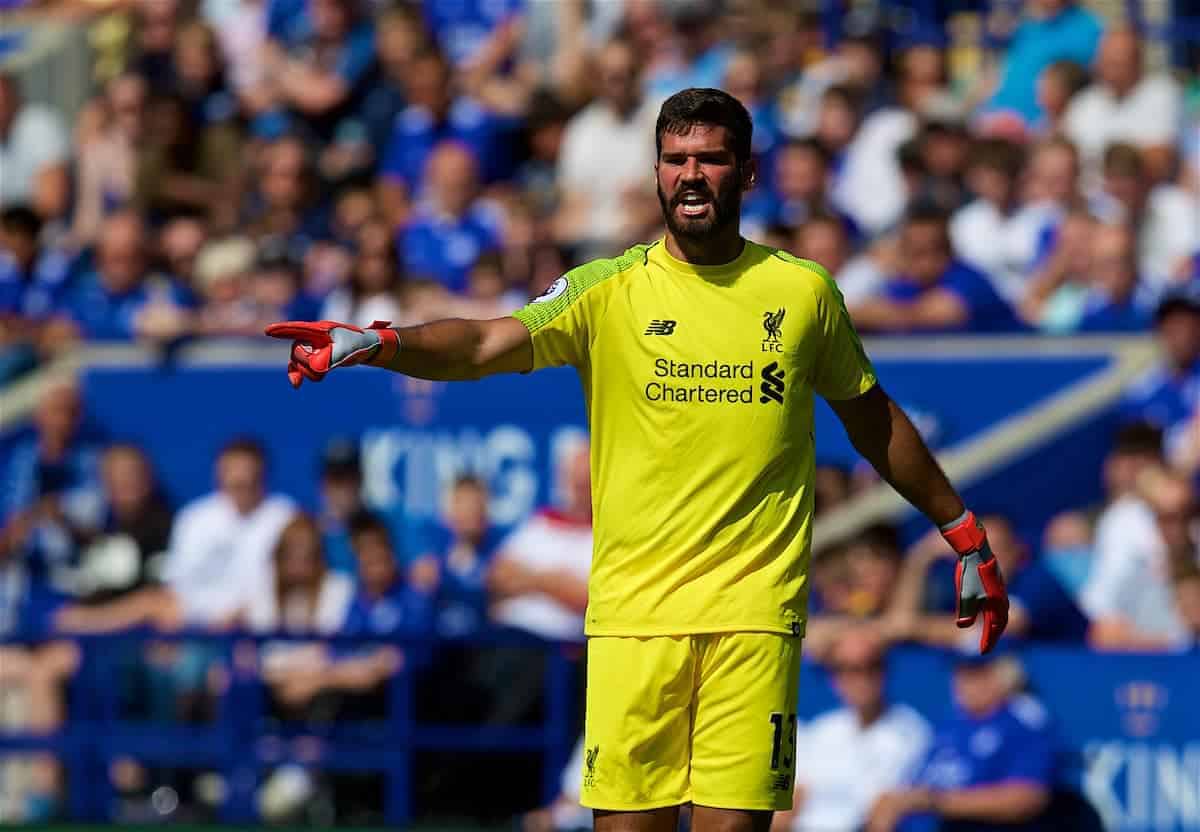 Jurgen Klopp has welcomed Alisson‘s error in Liverpool’s 2-1 victory over Leicester City, insisting “it needs to happen so it will not happen again.”

Klopp saw his side continue their perfect start to campaign with another three points at the King Power, with Sadio Mane and Roberto Firmino‘s goals enough to seal the win.

But the Reds certainly made it difficult, with Alisson‘s mistake in attempting a Cruyff turn under pressure on the byline leading to a goal for Rachid Ghezzal on the hour mark.

Liverpool held on for the victory, which was a relief for Klopp, and the manager took a reasoned approach to his No. 1’s ambitious efforts in possession.

“It’s only positive that he’s that good of a footballer,” he told reporters after the game.

“We all have to learn to use it in the right way still. Pass the ball in the right moment, immediately make another offer for him, opening some passing options.

“That’s the job for the team. Play the pass in the right moment, not on a dry pitch, not hard enough—don’t do it in these moments.

“We don’t have to accept it. That was a mistake: no goalkeeper in the world should dribble in that situation.

“But he did it, it’s all OK. Much more interesting for me was how the reaction was, and it was good.

“We still used him, in the better situations; the crowd wanted to make him a bit nervous, he didn’t look nervous so that helps a lot.

“Football is a game where a lot of mistakes happen over 90 minutes, but that one was a big one, decisive because we conceded a goal.

“But the reaction was brilliant, and I’m completely fine.

“It was always clear it would happen. It needs to happen so it will not happen again.”

That was the first goal Alisson and Liverpool have conceded so far this season, with a goal difference of +8 ensuring their place at the top of the Premier League at full-time.

But with the spectre of Loris Karius‘ nightmare in Kyiv still looming despite his loan to Besiktas, it is essential Klopp takes this stance with his new ball-playing ‘keeper.