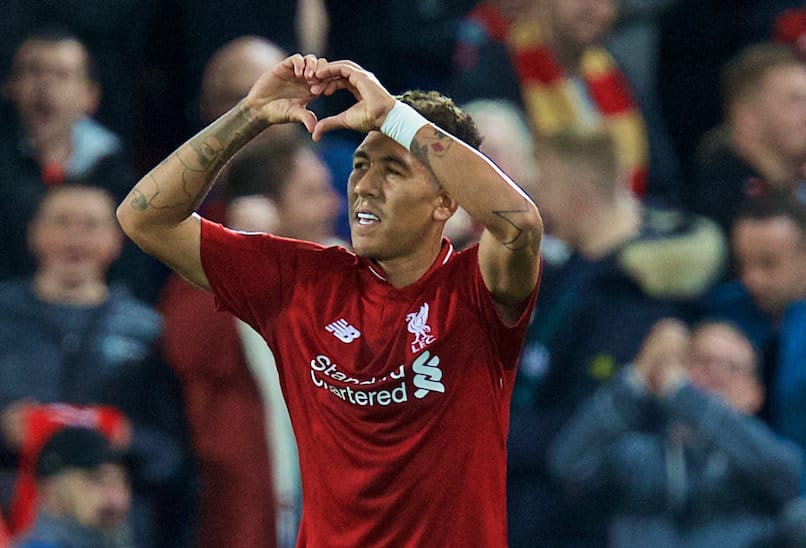 Liverpool got their Champions League campaign off to a winning start with a 3-2 victory over PSG at Anfield on Tuesday night.

The Reds were by far the better side throughout and built up a commanding two-goal lead, but looked to have thrown it away after shipping once before the break and again in the closing stages.

But Jurgen Klopp‘s side had the final say, with Roberto Firmino driving in a special late winner to send the Kop wild and the Reds top of Group C after the first round of games.

Daniel Sturridge‘s first start of the season saw him rewarded with a goal to open the scoring, before Gini Wijnaldum was fouled for a penalty, which James Milner dispatched.

Thomas Meunier pulled one back for the Ligue 1 champions, though Edinson Cavani was offside in the build-up and not spotted.

The same fortune didn’t fall Liverpool’s way in the second half, when Mo Salah‘s close-range strike was ruled out for a foul by Sturridge on the PSG goalkeeper.

And a late equaliser from Kylian Mbappe, previously anonymous, had most of the ground feeling extremely frustrated after a dominant performance. 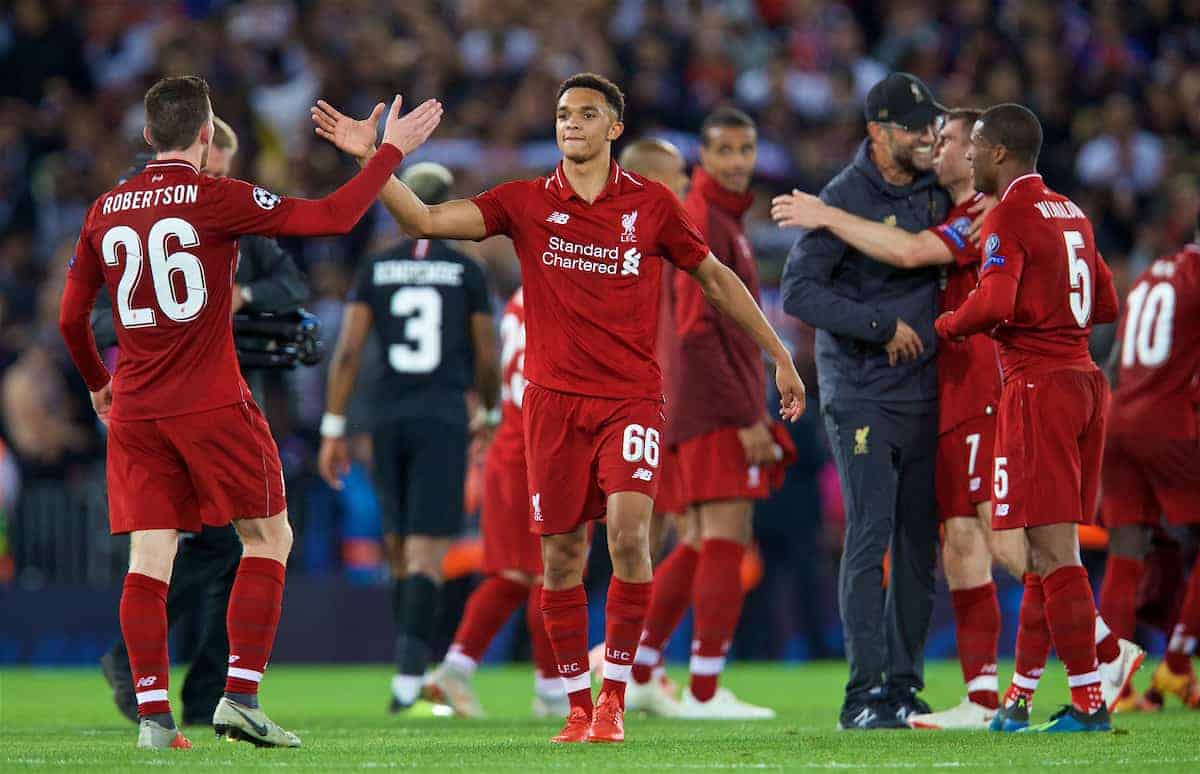 But Firmino’s close control and fantastic finish won the match late on in deserved fashion.

For PSG boss Thomas Tuchel, it was a case of lightning strikes twice; he was in charge of Dortmund when the Reds also prevailed with a last-ditch winner in the Europa League shortly after Klopp took over at Liverpool.

This was a massive first step for the Reds as they look to come through a difficult group, with Napoli away next on the agenda—and the Italians themselves could only draw 0-0 away to Red Star Belgrade on Tuesday.