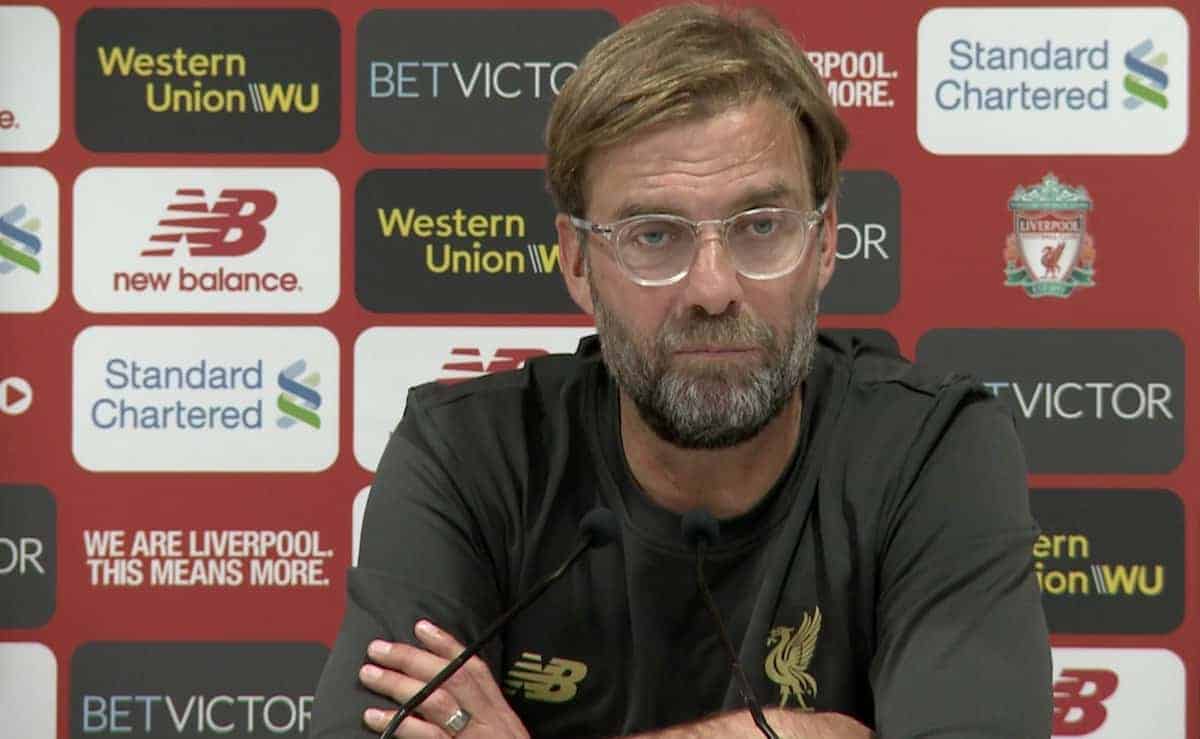 Jurgen Klopp reflected on a difficult defeat with a much-changed side after Liverpool lost 2-1 to Chelsea in the League Cup third round on Wednesday night.

The Reds looked set for a penalty shootout at Anfield after Emerson cancelled out Daniel Sturridge‘s brilliant opener, only for Eden Hazard to step up.

Dancing through a hapless defensive line, the Belgian fired beyond compatriot Simon Mignolet to book his side a place in the fourth round at Liverpool’s expense.

Klopp had made eight changes from the 3-0 victory over Southampton at the weekend, and used this as mitigation after a first defeat of the season.

He explained how Liverpool “had five players on the pitch with their first start of the whole season,” and that “it was a difficult game for both sides”—though questioning the use of VAR after Emerson’s goal.

“They have a specific style of play, that’s cool and you need to get used to it,” he said.

“Minute by minute we got more used to it, even in the start when we left too many spaces open and stuff like that, when they could play between the lines, we already had bigger chances.

“They were not really a big threat, I would say. More and more we got used to it.

“The first half was good and the second half started well. We scored the goal and could have scored before.” 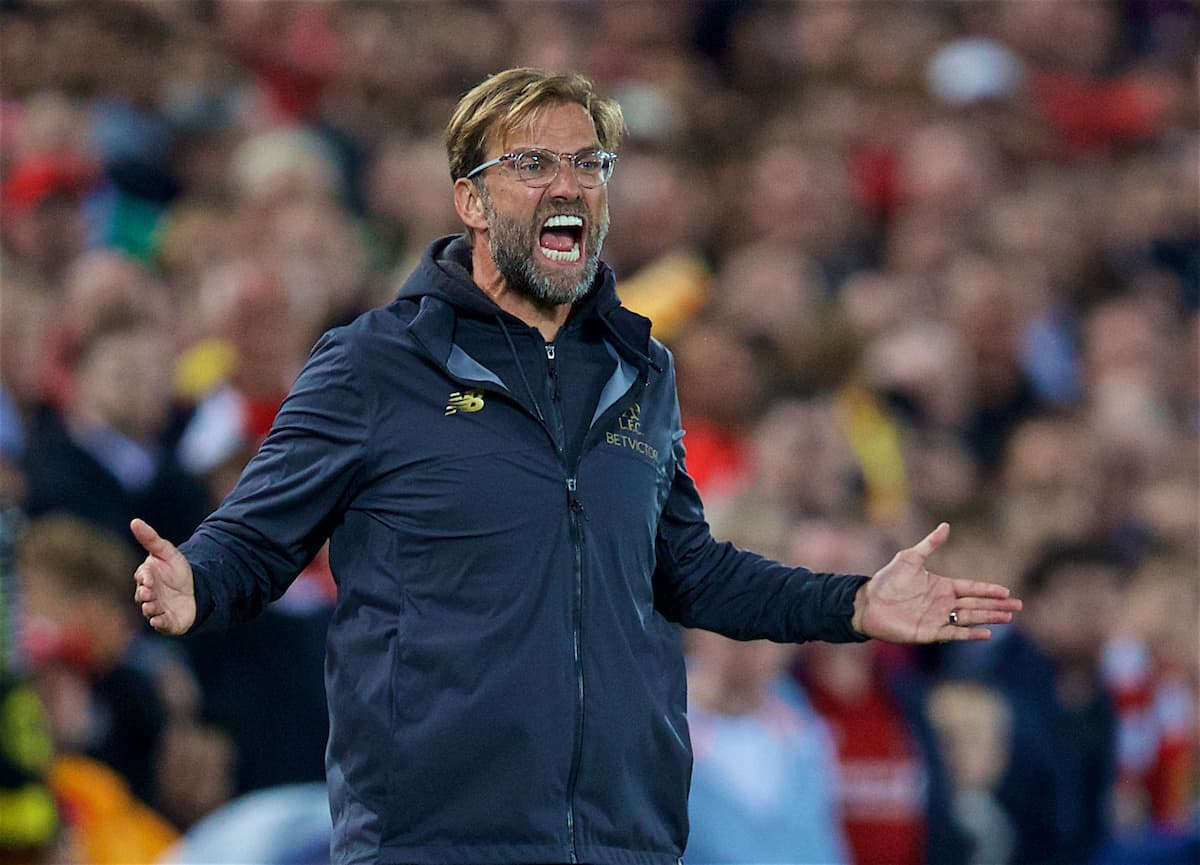 The manager described Hazard’s strike as “wonderful,” but added “of course we could have defended better,” suggesting Liverpool would work on it at Melwood on Thursday.

He also revealed why he admonished Liverpool’s standout player, Xherdan Shaqiri, after the final whistle, saying “what I said was about the [final] free-kick, nothing else.”

“If we can send Mo into a one-on-one situation in the last situation of the game, it would have been not too bad,” he concluded.

Ultimately, Jordan Henderson took the set-piece, presenting a wasted opportunity, and Liverpool now must set their sights on an immediate response at Stamford Bridge on Saturday.