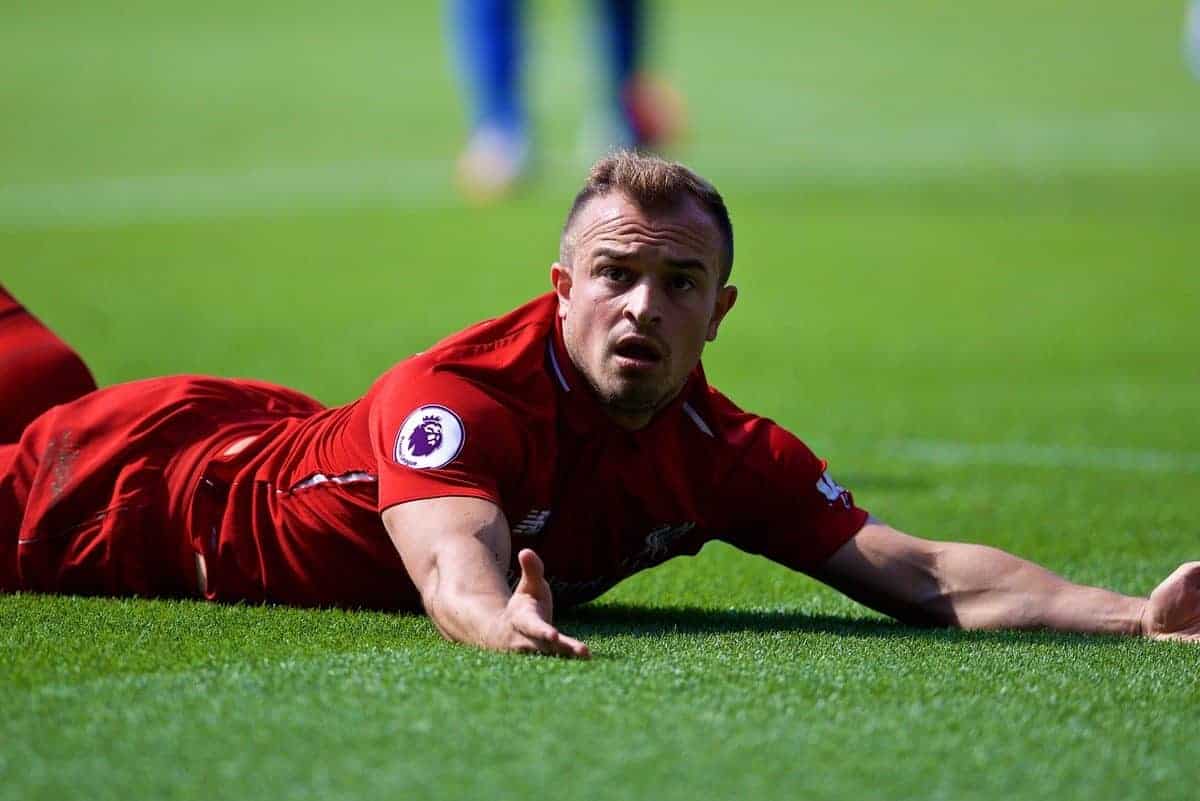 Red Star Belgrade have pledged to protect Xherdan Shaqiri from “unwanted situations” when the Liverpool winger arrives for their Champions League group match in November.

However, general director Zvezdan Terzic believes the Switzerland international, born in the former Yugoslavia to Kosovan-Albanian parents, will be under “unbelievable psychological pressure” because of his background.

Shaqiri courted controversy during the World Cup when he celebrated a last-minute winner against Serbia with an ‘Albanian Eagle’ gesture.

He and Swiss team-mates Granit Xhaka and Stephan Lichtsteiner were all fined for unsporting behaviour for making the gesture, which symbolises the Albanian flag.

“Red Star is a Serbian club, Partizan [Belgrade] was Yugoslav.

“I think that Shaqiri will be under unbelievable psychological pressure because he will know where he is coming; he knows that the Red Star is a symbol of Serbia and playing the Marakana, I don’t know whether he will play.

“Of course, as a soccer club, we treat our rivals equally, and we do not have to deal with the past and the history.

“Red Star must do everything to make Shaqiri feel that he came to play football and it is our duty to protect him in the case of unwanted situations. Let’s be good hosts.”

Shaqiri was born in the former Yugoslav city of Gjilan, now part of Kosovo, where a Serbian crackdown on the Albanian population ended with Nato military intervention in 1999.

Kosovo, with a mainly Albanian population, declared independence in 2008 but Serbia refuses to recognise it as a state and it has led to tense relations between the two countries.