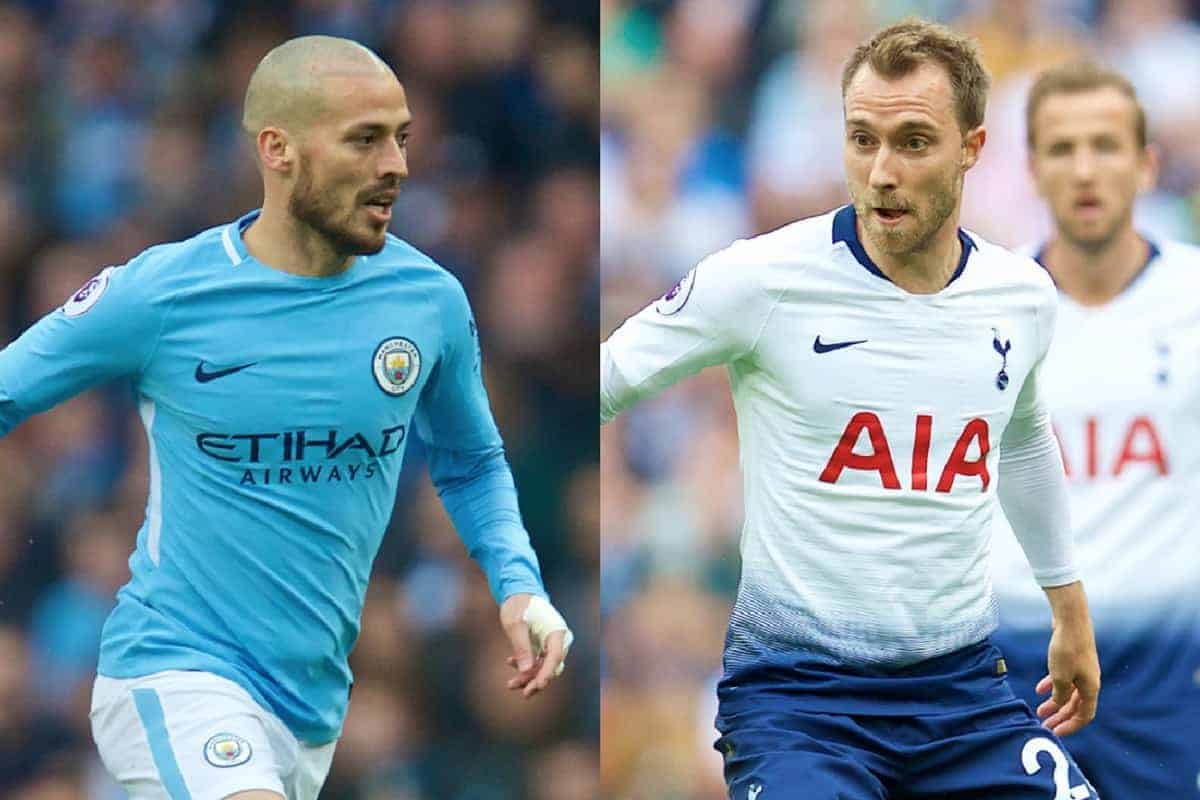 Another entertaining weekend of Premier League football awaits us, culminating in a heavyweight clash between two of Liverpool’s rivals.

The Reds battled their way to an ugly 1-0 victory at Huddersfield Town last Saturday, before dispatching of Red Star 4-0 in the Champions League.

The weekend visit of Cardiff City should see Jurgen Klopp‘s men top the Premier League table, for the time being at least.

There are nine other games to look forward to over the coming days—here’s a preview of the action ahead.

Brighton‘s 1-0 win at Newcastle United perfectly highlighted why they will be too good to go down this season.

Chris Hughton has done an admirable job with the Seagulls and he will be eyeing up another victory as Wolves visit the Amex Stadium.

Nuno Espirito Santo’s newly promoted side are just showing slight signs of wobbling after an excellent start and this is a game that could determine how good they really are.

The hosts should edge this one, as Wolves begin to slide a little.

Fulham find themselves in dire straits having been tipped for a mid-table finish, with their 4-2 loss at Cardiff a particularly alarming result.

The west Londoners have won just once in nine games and on Saturday they host a Bournemouth side enjoying a far more productive time of things.

Eddie Howe continues to do a wonderful job with the Cherries and early evidence suggests they will be in the running for a seventh-placed finish.

Fulham could well struggle, but equally, Bournemouth may just settle for a point.

Southampton and Newcastle are two sides struggling for points, goals—just 12 between them in a combined 18 games—and all-round inspiration.

Rafa Benitez may have got to the point of no return at St James’ Park, with the Magpies still winless and bottom after a woeful start.

Saints, meanwhile, are reliant on the goals of Danny Ings, with the Liverpool loanee finding the net three times in six Premier League appearances for his boyhood club.

Home advantage will make the difference, with Ings a key man.

Watford are an odd side, aren’t they?

First they go and lose handsomely at home to Bournemouth, albeit with 10 men, before heading to Wolves and doing a job on them.

This weekend they come up against 19th-placed Huddersfield—like Newcastle, without a win—and it is hard to see anything other than a home victory.

Both Leicester City and West Ham are capable of playing good football, and they will want to bounce back from respective defeats against Arsenal and Tottenham.

The Foxes are the stronger team, as they showed in the first half at the Emirates—they crumbled after the break, but the Gunners were excellent—and they should come out on top.

West Ham have slipped back down to 14th—Manuel Pellegrini will want to halt the slide as soon as possible.

Chelsea got a dramatic late draw at home to Man United last weekend, with Ross Barkley proving that an ex-Everton player can bring Liverpool fans some joy.

The point earned at Stamford Bridge saw them drift two behind the Reds and Man City, and Maurizio Sarri’s side will be desperate to return to winning ways at Burnley on Sunday.

Trips to Turf Moor are never particularly enjoyable affairs, and if the home crowd get involved, coming away with a victory can be tough.

Arsenal have now won 10 games in a row in all competitions, with life after Arsene Wenger going pretty swimmingly.

While their form has not been as impressive as it sounds—they have been outplayed for chunks of games a number of times—they are playing some lovely football under Unai Emery.

They will be licking their lips at the prospect of another three points on Sunday, as they make the relatively short trip to Crystal Palace.

Roy Hodgson’s Eagles have not won in the league since mid-September and their reliance on Wilfried Zaha is bordering on ridiculous.

Ah, the good old ‘Win-Win Derby’ for Liverpool fans that comes around twice a season, as Man United and Everton clash.

Whatever the outcome at Old Trafford, we will be happy that at least one of the Reds’ biggest rivals has dropped points—preferably both will.

Everton are on a good run and seem to be thriving with Marco Silva at the helm, while Jose Mourinho has turned things around ever so slightly at United.

What a way to round off the weekend action, as Spurs welcome City to Wembley for the latest offering of Monday Night Football.

Pep Guardiola’s side have had it easy so far in terms of fixtures, barring the trip to Anfield, so it will be interesting to see how they fare against an excellent side.

Their ability to keep churning out points is frightening for anyone hoping to chase them down, and a win here would be a major statement.

Spurs are largely unreliable, however, and although they will give City a good game, the visitors should be that little bit too strong.

Should the champions not prevail, Liverpool should head into next week top of the pile, assuming they don’t make a mess of things against Cardiff.